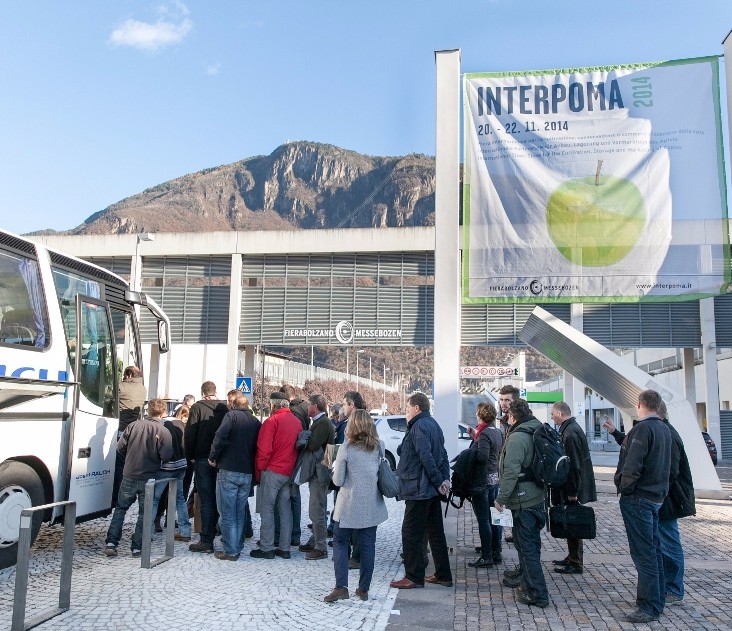 To celebrate the event’s 10th anniversary, in addition to a full program at the exhibition center, with conference sessions for trade professionals – especially the The Apple in the World session – and presentations on the latest innovations in the sector, there will also be an extensive tour program as well as a number of apple-themed activities across Bolzano.

There will be three Interpoma tours on Thursday, November 24, and another three on Friday, November 25. The first tour will be to the Kurmark Unifrut Cooperative in Magré and apple producer, the Schwarz family.

The second tour focuses on the Isarco Valley, with visits to apple producer Vizentinum and the Melix Cooperative in Bressanone. The third tour will visit the family-run apple producer, Komiss of Bolzano, and the Egma / Fructus company in Merano – Vilpiano.

The second day of the Interpoma 2016 tour, Friday, November 25, takes in organic production, with a visit to an organic apple producer on the outskirts of Merano and to the Bio Südtirol cooperative in Lana.

The fifth tour is a visit to the VI.P cooperative in Val Venosta. The sixth and final tour will be to Laives, to visit apple producer Fuji and the Vog Products fruit cooperative.

In addition to the guided tours, the entire city of Bolzano will immerse itself for three days in this fruit, which is a symbol of the South Tyrol region.

Also, for the entire duration of the trade show about 30 eating venues in the city will be offering apple-themed menus and specialties.