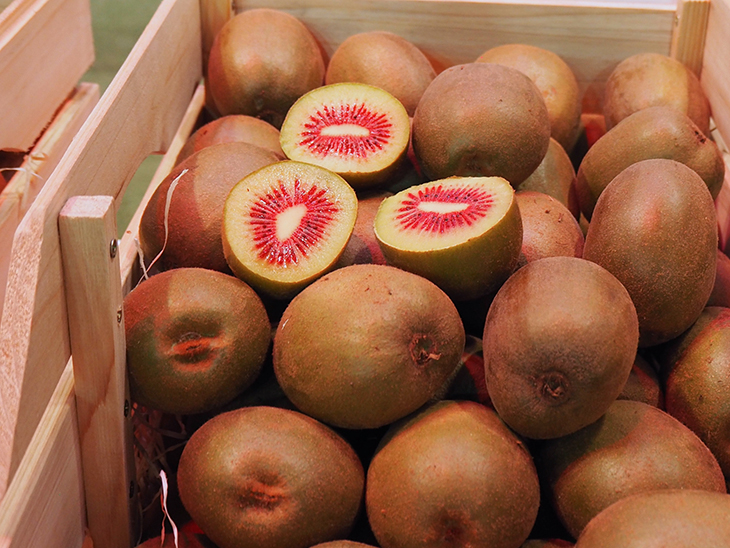 Kiwifruit is currently enjoying a spell of great popularity across the world, and its period in the limelight is set to continue. Demand is increasing in the major markets, thanks partly to its central role in the booming fruit juice industry and its attractiveness for health-conscious consumers. The growth in the world’s kiwi markets is also being driven by the sector’s constant innovation. Yellow kiwis have enjoyed great success in Asian markets, particularly in China, where consumers prefer sweet-tasting fruits.

There are already several yellow kiwi varieties on the market. Following on from this success, red kiwis are now set to take the world by storm, after JINGOLD won Fruit Logistica’s 2019 Innovation Award with its Dong Hong. Zespri Red’s sweet, berry-like taste is similar to the SunGold variety and is sure to appeal to Asian palates. According to a report published by Mordor Intelligence, the global value of kiwi consumption was US$14.26 billion in 2018, and is expected to surpass US$20 billion by 2025. However, the expansion registered over the past decade is forecast to slow down somewhat over the next six years. With CAGR estimated at +3.9%, market volume is projected to reach 5.9 million tons by the end of 2025. China (2.3 million tons) accounts for 51% of the world’s kiwi consumption, dwarfing the volume consumed by second-placed Italy.