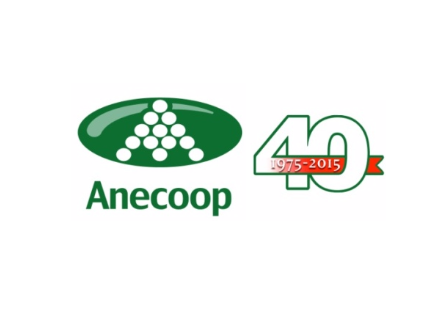 After forty years working to achieve greater profitability for fruit, vegetables and wine, Anecoop is celebrating its anniversary with its partners in every province of Spain where Anecoop has a commercial office: Valencia, Murcia, Almería and Sevilla.

They certainly have reasons to celebrate – it is the top fruit and vegetable company in the Mediterranean, the top citrus exporter and second seller in the world, as well as the top operator for watermelons and persimmons in Europe. Its brands are present in major sales outlets in over 70 countries worldwide.

It is worth remembering that in 1992 it successfully launched Bouquet in Europe, the first seedless watermelon, in one of the most remarkable achievements in Spanish horticultural experimentation.

During the 2016 campaign for Bouquet Watermelons, there will be promotional activities in France, the Czech Republic, Spain (Canary Islands) and, for the first time, in Poland and Belarus, in order to increase brand awareness. These will be specific activities on television and in the social networks, as well as tastings at events involving sports, culture and children. In Poland, the promotional activities will be carried out in various places in the Warsaw market. The total investment for this campaign comes to €500,000.