“Rubyngo®” also has great agronomic potential and is fully self-fertile. Furthermore, Alexandre Darnaud said the good development of the range of late Stargrow and Carmingo apricots in South Africa, in collaboration with 4 grower and marketing companies: Fruit Unlimited, Stargrow Marketing, Delecta and Stem. “For the second year we have successfully exported Carmingo apricots by ship from South Africa with excellent results, particularly the Faralia and Farley varieties. Produced in January and February, they are sold in Europe in February and March, after 3 weeks of transport and 1 week at the point of sale. 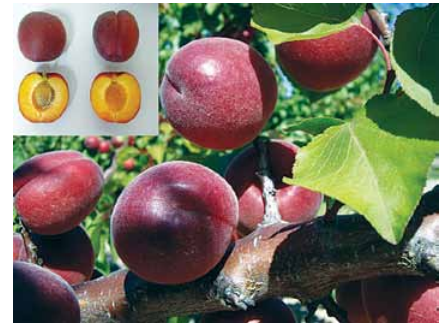 IPS also said the success of the varieties of red and black plums obtained by Stargrow, with IPS the licensee for the whole of Europe and North Africa. IPS is introducing a new range of varieties with 3 colours from the period of “Early Queen” to Angeleno. “We are also introducing new low-chilling varieties of Stargrow peaches and nectarines that are very promising and adapted to the area of Murcia,” Darnaud reports. Meanwhile, in the Honey Zee IPS range, the expansion is continuing in the earliest and latest range of nectarines.

In addition, IPS said the launch of the company Zeeco in conjunction with Royal to develop the variety of the Pluot@, a new concept of fruit between the plum and apricot. With their headquarters in Seville, Zeeco plans to promote the cultivation of Pluot@ throughout Europe and the Mediterranean basin. IPS-PLANT is also developing sales of varieties of almonds, obtained by Zaiger for Europe. Independencia is the recently planted variety in the Iberian Peninsula. Originally from California, it is self-fertile and high in productivity. It has a soft shell, which implies a different manufacturing process. It is also early flowering, with the same cycle as the Non Pareille.