One in four exhibitors will be from abroad, exceeding the target of 1,500 buyers, with the presence of the world’s leading retail chains and European importers of tropical fruits. The […]
Wed 02/05/2018 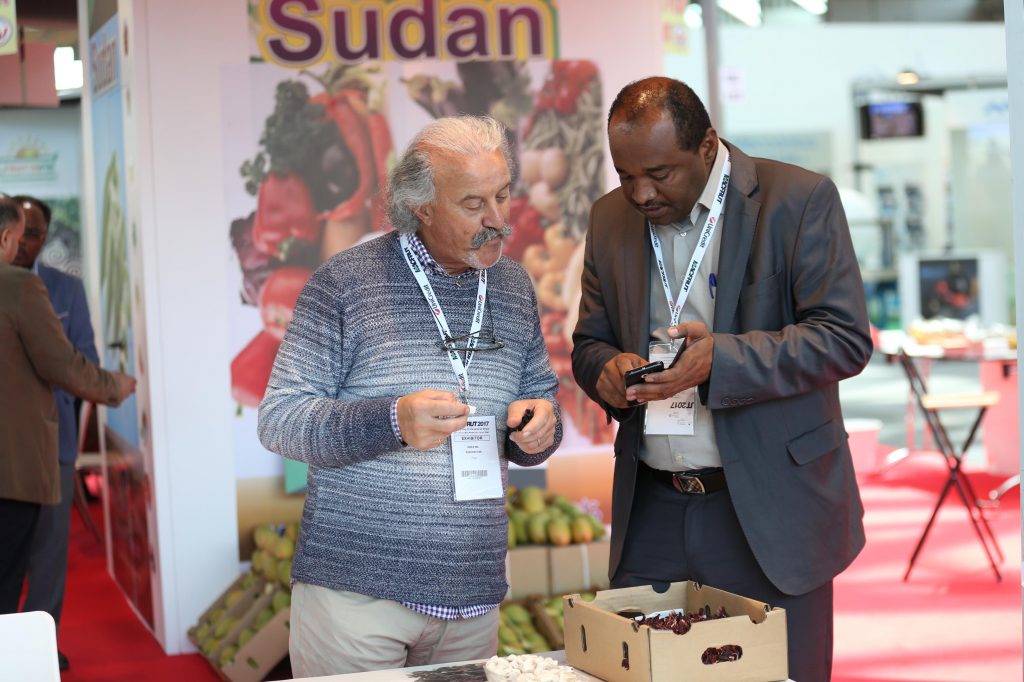 One in four exhibitors will be from abroad, exceeding the target of 1,500 buyers, with the presence of the world’s leading retail chains and European importers of tropical fruits. The result will be an increasingly international Macfrut 2018 (Rimini, 9-11 May).

Many new countries will be present, including several new entries from Africa: in addition to Sudan, Ethiopia, Uganda, Tunisia and Egypt, which have confirmed their participation again this year, Tanzania, Zambia and Mozambique will make their debut at Macfrut; from South and Central America there will be representatives of the Dominican Republic, Costa Rica, Peru and Colombia – this year’s Partner Country – and China will be present with about 20 companies.

One of the highlights will be the presence of the world’s leading distribution chains, such as Rewe (from Germany), Edeka, Spar (from Austria), Jerónimo Martins (from Portugal), Biedronka (from Poland), Carrefour Romania, Lulu Hypermarket from the UAE, and many other chains.

Finally, exhibitors will have the opportunity to interact and meet more than 1,500 global buyers through the B2B platform made available to them. Buyers, opinion leaders and decision makers will also be present, in particular from China, Eastern Europe, India and Russia. Thanks to the first edition of the Tropical Fruit Congress, Macfrut will also be attended by major importers of tropical fruits from Belgium, the Netherlands, Germany and the UK and by the managers of leading distribution chains in Italy.

Category: Uncategorized
Tags: 2018, Italy, Macfrut, May, Rimini
We use cookies on our website to give you the most relevant experience by remembering your preferences and repeat visits. By clicking “Accept All”, you consent to the use of ALL the cookies. However, you may visit "Cookie Settings" to provide a controlled consent.
Cookie SettingsAccept All
Manage consent