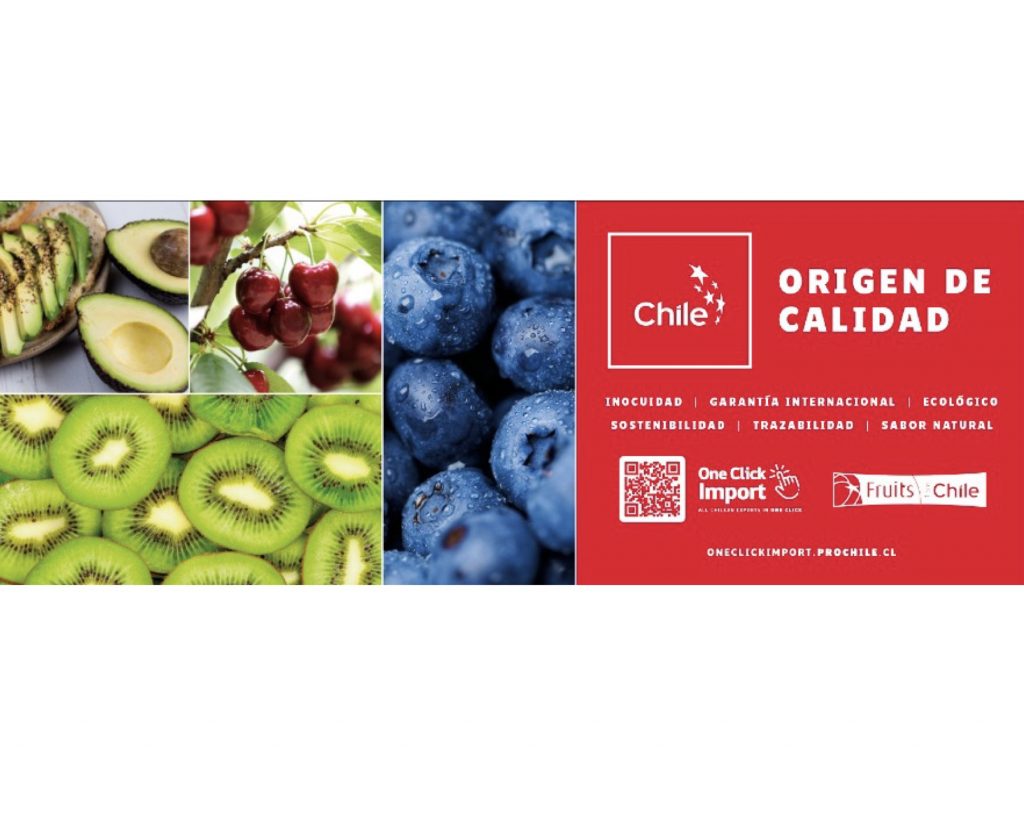 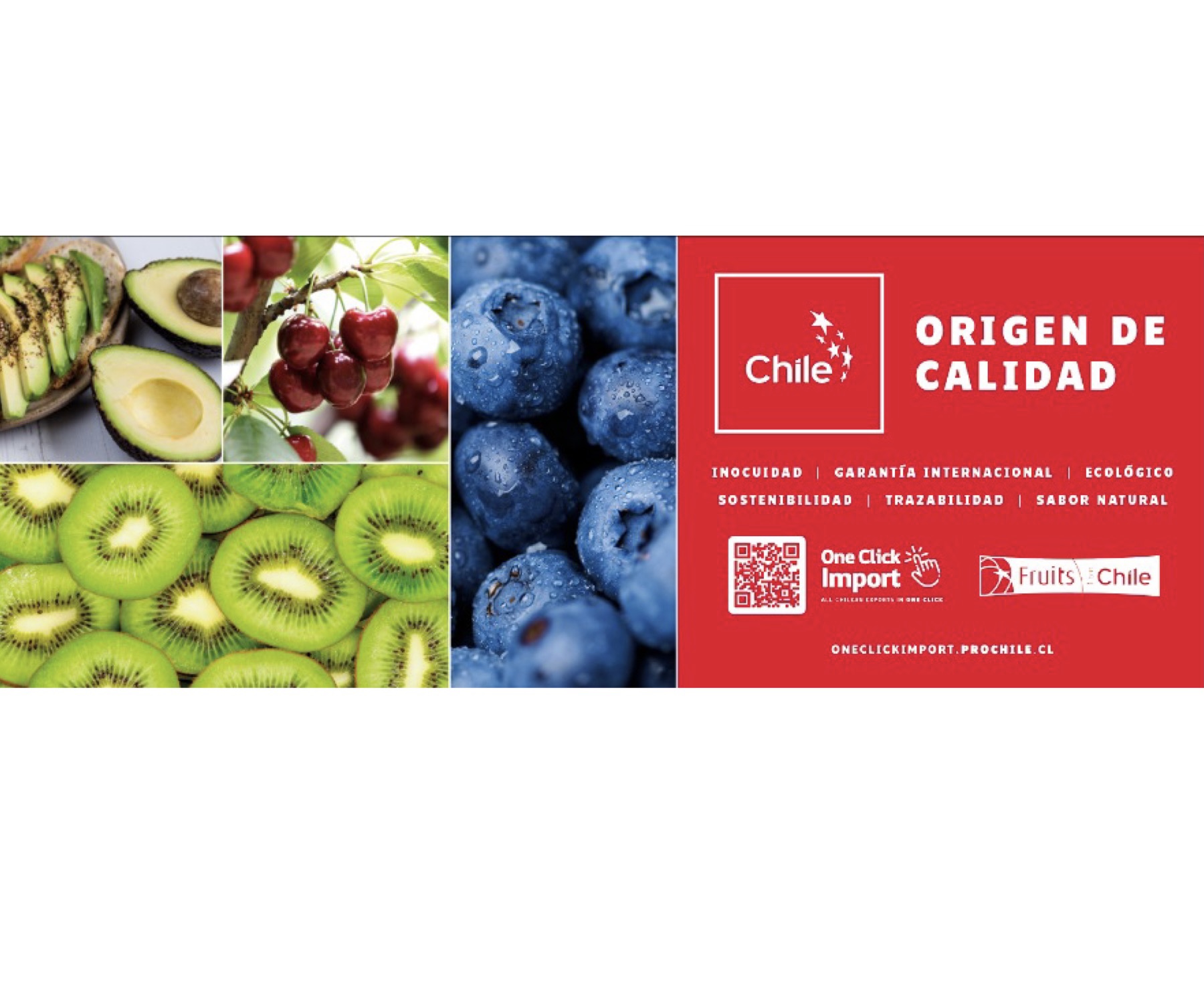 ProChile has launched a campaign titled “Chile Keeps On Going for You” across the world to transmit Chile’s commitment to the global supply chain and its role as an exporter of world-class food. A spin-off from this work is a campaign at Spain’s two main wholesale markets – Mercamadrid and Mercabarna – called “Chile, origin of quality”, which highlights the commitment to traceability, safety, quality, diversity, ecological production and sustainability of the Chilean agri-food sector. The campaign is aimed at strengthening the image of the sector and will run between December 1 and 31, 2020.

According to a press release by ProChile: “We work daily to maintain food quality standards and maintain ourselves as a provider of healthy foods. This is demonstrated by the export figures, becoming the leading exporter of fresh fruit in the southern hemisphere and becoming the world’s leading exporter of fresh cherries and plums, second in grapes and blueberries and third in shelled nuts, raisins. Very relevant for the Spanish market are the shipments of avocados, walnuts with and without shell, kiwis and apples; followed by a long and varied list of references that include blueberries, nectarines, pears, raisins, dehydrated plum, among others.”

The initiative includes raising awareness of a new contact channel to identify suppliers from Chile, such as One Click Import.