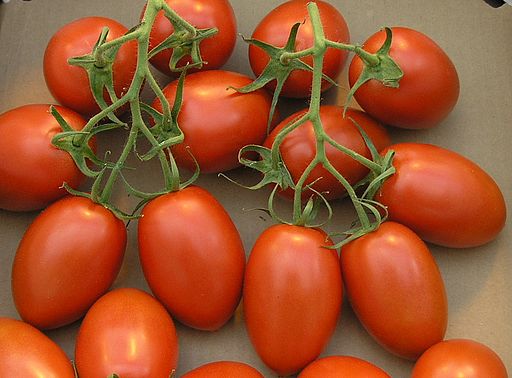 Mexican tomato exports – predominantly to the United States – are forecast to remain relatively stable at about 1.5 million tons million tons for the 2016/17 marketing year.

The country’s total exports for the current marketing year are expected to also come in at about 1.5 million tons, about the same as 2014/15’s 1.53 million tons. The final export estimate for 2015/16, however, will depend on the summer season demand.

Demand has continued to be strong in the United States, the most important market for Mexican tomatoes. Tomatoes are shipped directly from the producing area to the US border.

Mexico’s tomato exports tend to increase from June to August, resulting in higher prices, as this is the international market window for tomatoes from Baja California. By the end of November and December, domestic tomato prices usually rise again, due to the increased export volume from Jalisco and Sinaloa.

Under the 2013 tomato suspension agreement between Mexican growers and the US Department of Commerce, different floor prices for Mexican fresh tomatoes are set during the summer and winter and prices also specified for open field/adapted-environment and controlled-environment production. More than 600 Mexican growers and exporters signed the agreement and all fresh or chilled tomatoes from Mexico are covered by these price floors.

The report says that the area planted “is influenced by the behavior of the U.S. market, as growers try to plant only what the US market will absorb besides supplying the domestic market.”

The Roma variety now represents more than 62% of total Mexican tomato production as demand for this type of tomato has surpassed the round tomato.

Mexican producers continue to move from open field production to protected agriculture technologies (greenhouse, shade-house, and tunnel), resulting in higher yields. The move away from open field tomato production is attributable to pest problems, high costs of production, swings in both international prices and exchange rates, and limited water availability, the report says.

It also says that according to Mexican sources, the country’s total area of tomatoes in protected agriculture is now about 15,000 ha, 16 up from about 14,000 ha in 2013/14. “This increase is largely attributable to success in exporting high quality tomatoes to the United States.”

The main horticultural products grown under protected agriculture technology in Mexico are tomato (70%), bell pepper (16%), cucumber (10%), as well as products such a flowers, chili peppers, berries, and papaya.

The majority of protected agriculture uses drip irrigation systems, insect/anti-aphid protection, and systems to control light and air. Warmer areas like Sinaloa have a higher percentage of shade houses compared to greenhouse technology.

Yields vary depending on production conditions and inputs. Average yields have grown from 23 tons/ha in 1990 to 28 tons/ha in 2000 and reached 56 tons/ha (combined average for open field and protected agriculture) in 2015/16. However, this year’s yields could be lower due to the rainy weather conditions during the winter season.

Baja California and Sinaloa growers generally achieve the highest fresh tomato yields for open field production, 50 tons/ha or more, due in part to their pest and disease control programs. Greenhouse/shade-house yields tend to vary significantly among producers, variety, and state. These yields generally range from 150 tons/ha to 200 tons/ha depending on the technology used. For example, Sinaloa can grow Roma tomatoes (saladette) in open field with yields of about 37 tons/ha, while it can grow them under protected agriculture with yields ranging from 87-128 tons/ha, the report says.