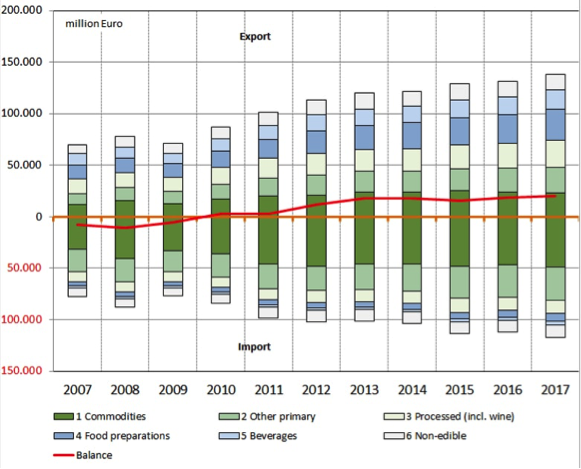 The EU’s trade commission has published a report detailing the 5.1% rise in the community’s agri-food exports in 2017. The markets which recorded the highest growth were the US (+6%), Russia (+16%) and Asia, particularly Japan (+11%), China (+5%), Hong Kong (+10%) and South Korea (+13%). The best performing sectors were wine, pet food and spirits, while cereals and pig meat exports fell.

Meanwhile, EU agri-food imports also grew but not by as much as exports, leaving a positive agri-food products trade balance surplus of €20.5 billion.