The Berlinale opened noticeably subdued on Friday in the shadow of the Hanau attacks. After a moving speech by the Governing Mayor of Berlin, Michael Müller, followed by a minute of silence, new Berlinale directors Mariette Rissenbeek and Carlo Chatrian insisted in their greeting that: “The Berlinale and Berlin are inseparable, because a dynamic city is the perfect platform for an international film festival. And as such this year we are bringing together again enthusiastic Berliners and guests from all over the world, in order to reflect on artistic and political issues.”

In competition this year at the Berlinale for the Golden and Silver Bears, 18 movies, including two German productions: the adaption of Alfred Döblin’s novel “Berlin Alexanderplatz“ directed by Afghan-German director Burhan Qurbani and “Undine”, the latest movie by resident Berlinale director Christian Petzold.

A special highlight will include an homage to Helen Mirren and presentation of an Honorary Golden Bear for her lifework. It will be awarded to one of the best known and most versatile actresses in British and international cinema.

Hollywood greats such as Sigourney Weaver, Cate Blanchett, Javier Bardem, Johnny Depp and Willem Dafoe have already been at the Berlinale and will be there again this year.

Between 21 and 23 February, among the famous celebrities like Johnny Depp and Cate Blanchett, one can also meet smart young men dressed in red in front of various film locations of the Berlinale.

Eve may have tempted Adam with the apple in the Garden of Eden but the Kanzi® Men make it all rather charming at the Berlinale. At the Berlinale, the delicious Kanzi® apples are present at the Berlinale VIP Club, press centre as well as in hotels and other distribution spots.

The juicy and healthy snack fits the international audience perfectly. Kanzi® is a global apple brand with a strong local presence. The apples are grown in 13 countries and six continents. In Europe, Kanzi® are grown in Germany, the Netherlands, Belgium, South Tyrol, Great-Britain, Austria and Switzerland. There are also cultivation areas in the USA, Australia, South Africa, New Zealand, Chile and Argentina.

“Thanks to this worldwide distribution and simultaneous presence in the key apple consumption regions, Kanzi® apples of outstanding quality are available all year round and yet 90 percent of all Kanzi® apples are bought and consumed in their respective home markets,” points CEO Dietmar Bahler out. This makes Kanzi® a suitable supplier for the international film festival, whose organisers emphasise: “Sustainability is perhaps the most pressing issue of our time and has been for years a main concern for the Berlinale.”

“It is our great pleasure to welcome Kanzi® as a new partner of the Berlinale and to be able to offer a healthy snack to our festival guests. Thanks to the apples, our audience makes it through the festival full of vitamins.”

The Berlinale guests see it that way as well: Stefanie Fischer from Friedrichshain insists on biting into the red fruit:

“Giving apples to visitors is a great idea and a delicious alternative to popcorn and other things you usually eat at the movie theatre.”

“The power of great taste” is not only a marketing slogan, it also describes Kanzi® very accurately. It certainly fits the diverse selection of the approximately 340 movies that are shown at the Berlinale.

The whole Kanzi® team is proud to be a tasty part of these events. 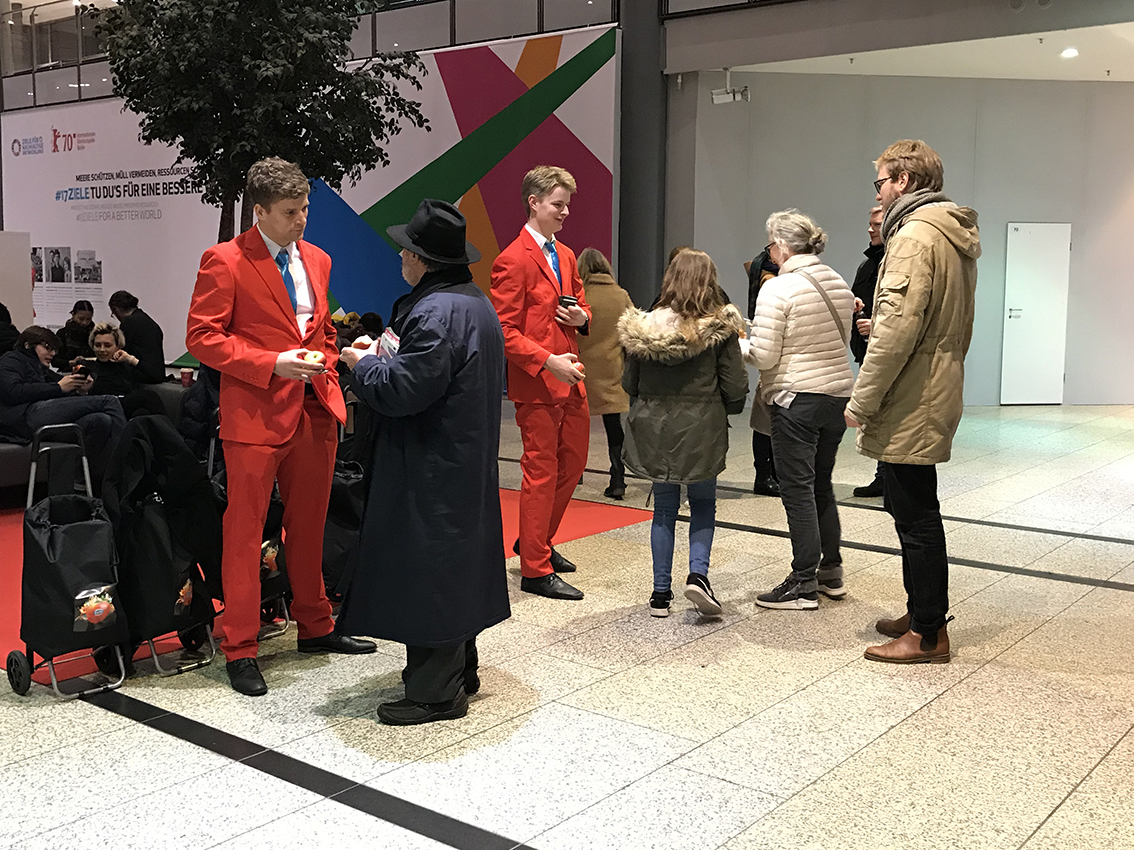 The slogan for the apple “The power of great taste” was showcased at the Berlinale 2020 on big screens on the red carpet at the Potsdamer Platz. The Kanzi® men distributed the delicious apples as healthy snacks in many venues at the Berlinale such as in cinemas, hotels, lounges and press centre.

Kanzi® apples were available for guests until the end of the Berlinale on 1 March in the press lounge as well as in many hotels around the Potsdamer Platz (Marriott, Scandic Berlin and The Mandala)