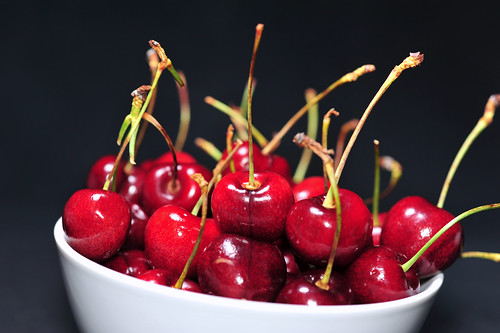 On December 7, the Cherry Special Committee of the Chilean Fruit Exporters Association launched the 2019/20 cherry wholesale season in China’s largest fruit wholesale market, Guangzhou JNH Fruit Market. Charif Christian Carvajal, director of the Eurasian Market of the Chilean Fruit Exporters Association, said that Chilean cherry exports this season are expected to reach a new record of 210,000 tons, compared with about 180,000 tons in the previous quarter. Nearly 90% of Chilean cherries will be distributed towards China.

Representatives from the Chilean Consulate General in Guangzhou, Chile Fruit Trade Industry Association, exporters and growers of fresh cherries, and fruit importers and distributors from China participated the celebration. The celebration coincided with the first arrival of Chilean cherries shipped this season.

“The Chilean cherry is finally arrived!” Said Sharif, “we promote as Enjoying Your Red Moments this year by meeting the market needs and prouding of great quality this year!”

Hernán Jaramillo, Commercial Consul of the Commercial Section of the Consulate General of Chile in Guangzhou, said:

“Chile exports of cherry and other fresh fruits to China can tell closer economic relations between the two countries. We are glad that cherry is a new fashion among consumers in winter in China.”

Zheng NanShen, general manager and executive director of Guangzhou JNH Fruit Market, said that there are great improvments following the free trade agreement between China and Chile, and more varieties of Chilean fruits have been purchased by Chinese customers. The most popular fruit is still Chilean cherry which are sweet and juicy, bringing sweetness to Chinese consumers in every winter. ”