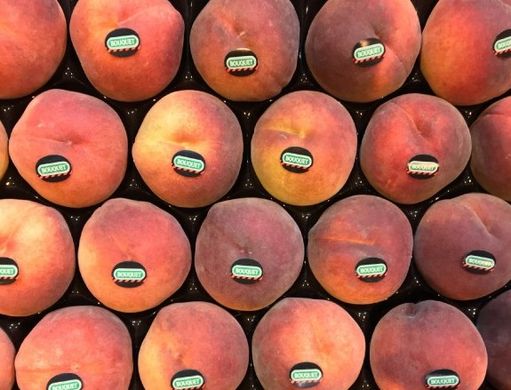 Catalonia is to cut its peach and nectarine production by 10% to prop up market prices, which have suffered since the closure of the Russian  market in 2014. The region’s Department of Agriculture plans to eliminate 2,000 hectares, according to Fepex. The measure will also include a subsidy of €5,000 per hectare, with a maximum of three hectares per applicant and with the commitment by the producer not to replant peach, nectarine, flat or saturn peach for the next four years. The Fruit Business Association of Catalonia, Afrucat, which is part of FEPEX, welcomes the step as benefiting sales. It will lead to the removal of old, lower quality varieties from the market. 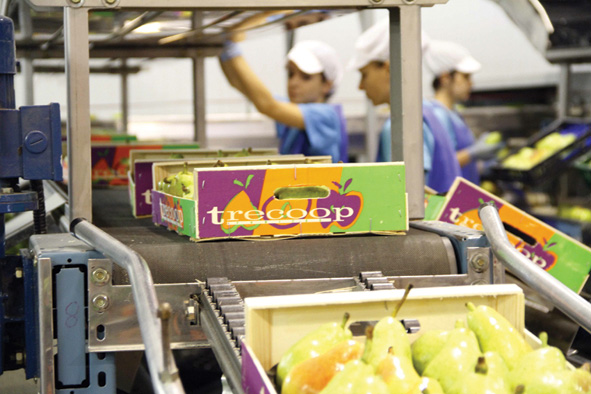 Although Trecoop is capable of producing 30 million kg of fruit, this campaign the supplies will fall by about 20% to 25 million kilos due to the low winter temperatures that have noticeably reduced the different varieties of fruit.

Thus, the co-operative from Lérida is expecting production of 15 million kg of pear varieties and about 10 million kg of stone fruit (peaches, nectarines, Saturn peaches and flat nectarines).

As regards pears, Trecoop produces 6 million kg of the Williams variety, which is produced from July to November. This variety has been highly prized when fresh since the EU uncoupled aid to industry related to it. Brazil is a very important market for this item.

The Limonera pear, which is one of the main varieties offered by the Catalan company, arrives at the start of July with another 3 million kg.

Conference pears account for another 3 million kg of production and have given Trecoop worldwide fame as one of the true specialists in this variety.

“Our quality, elasticity and capacity for adaptation to the different protocols and needs of each client have given us a very good image. Our Alosa and Trecoop brands are known on the international markets,” said Trecoop general director Ignasi Gonzalez.

He highlighted the continued campaign presence in the markets of the Baltic republics, Columbia and islands such as Martinique and Reunion.

Despite Trecoop’s preparation and readiness for export, Gonzalez said that “working with the Americas must economically compensate the production work in the field, processing and logistics involved, since we are well established in the local and European markets with 70% of our sales.” 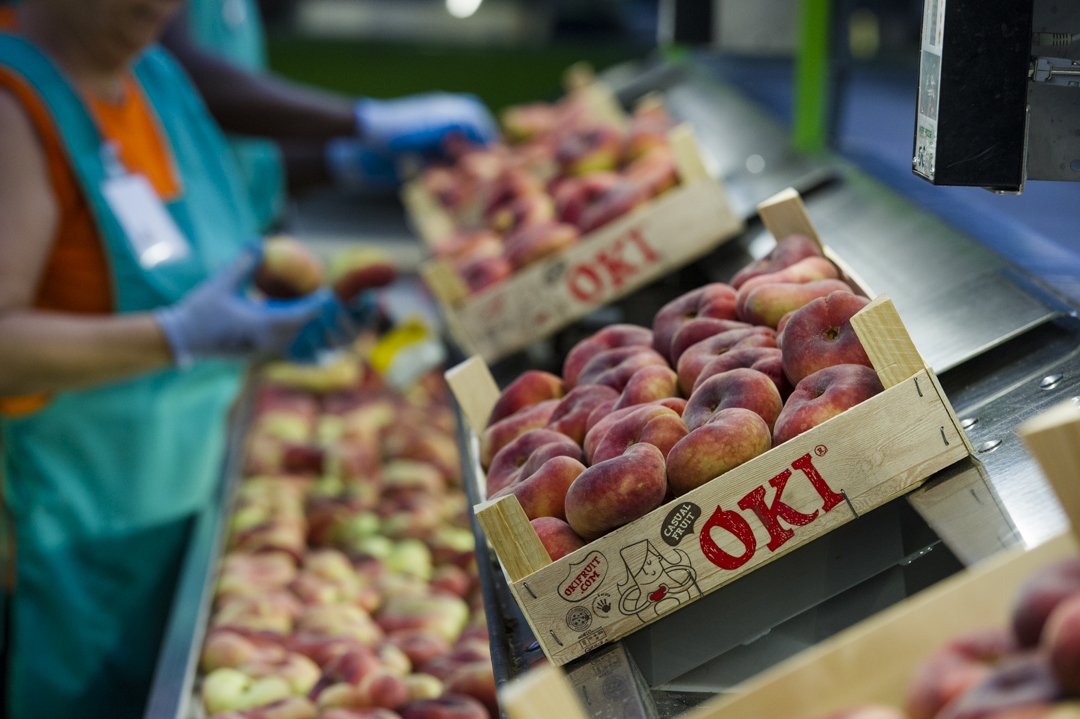 Fruits de Ponent rolled out its flat nectarine and flat peach campaign in June, with exclusive marketing rights to the OKI brand.

With OKI, it hopes to reach a type of consumer on the lookout for high quality fruit with the promise of a flat peach with the best flavour, intense aroma, good colour and always easy to consume.

Among its business strategies, the group has set its sights on consolidation in Europe, while expanding its customer portfolio towards Asian cities, as well as the Caribbean and Cuba, where Fruits de Ponent is already registered as a company.

Along with this news, CEO Josep Presseguer also announced that Fruits de Ponent has been working hard all year to achieve the necessary certificates and is now fully qualified to start exporting to China as soon as possible.

In addition to OKI, the group will also be marketing other varieties of peach, nectarines, flat nectarines, cherries and apricots under its own brands –Fruits de Ponent and Or de Ponent. 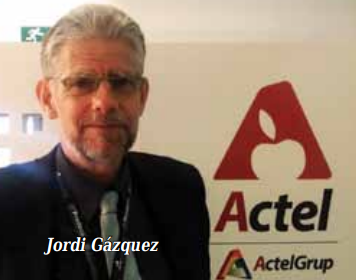 According to sales director Jordi Gázquez, in 2016 Actel is set to recover what used to be its historic volumes.

“We’re on track to recover the 15% in volume that was lost last year due to hail and we’ll also have new generation varieties, resulting from a significant varietal change,” Gázquez said.

In firm stride and at peak production, the challenge facing the Spanish cooperative will involve redefining its business strategies: on one hand, to diversify towards more overseas destinations and, on the other, to further strengthen its links with Europe, its main ally and traditional market.

Management efficiency and ensuring the most well-rounded supply possible are some of Actel’s most essential qualities. So, for this campaign it hopes to incorporate pomegranate and persimmon programmes.

“Combining kaki fruit and pomegranate is our way of offering the customer a wider variety of products, which will always be managed by our quality standards. We rolled out this initiative three years ago in citrus with the inclusion of Soldebre, and now we’re expanding it to other new items,” Gázquez said.

Actel is a major figure in Catalan stone fruit supplies, as the combined forces of its farmer members can help reach significant volumes, ranging from 40,000 to 50,000 depending on the campaign.

Actel has a supply schedule covering virtually the entire Spanish harvest. It starts up with early fruit from Seville at the end of April, then moves to fruit from Extremadura as of mid-May, before finally ending with supplies from Catalonia and Murcia in October.

Over the years, Catalan company Fruilar has earned a strong reputation as one of the leading suppliers and distributors of the high quality Pink Lady apple variety in Europe.

The firm enjoys the same reputation for its stone fruit supply and specialises in exporting top quality produce over long distances. Thanks to the balance between both items – pome fruit accounting for 60% of the supply and stone fruit the remaining 40% – the company can supply produce without interruption during 52 weeks of the year.

The 450 ha currently marketed by Fruilar marketing provide a volume of 15,000 tons per year, which is set to increase with the addition of new producers.

“As the result of a new partnership with a family of producers, for this campaign we’ll be adding around 1,500 tons more to our peach and nectarine assortment,” said manager Joan Serentil.

A significant slice of Fruilar produce is exported to Brazil, its third most important market. “Brazil has been badly hit economically, but fortunately it didn’t affect us much us because we specialise in the southern zone, which is slightly more stable than the rest of the country,” Serentil said.

On strategies for this campaign, he said the aim will be to increase the company’s presence in northern Europe and the UK. As for the future, all eyes are now on Asia. 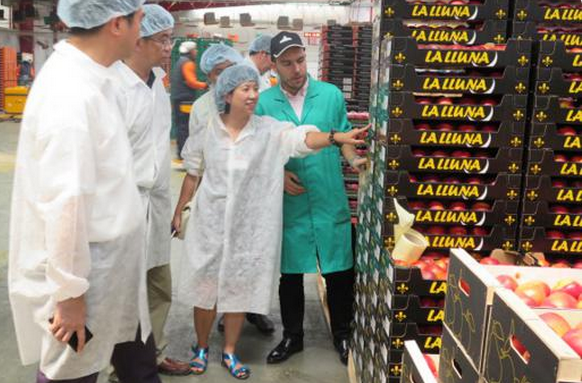 A delegation from the southeastern Chinese province of Fujian, including the head of its Department of Agriculture, Jiang Shaofeng, visited Fruits de Ponent last week.

They toured the trading cooperative’s facilities in Lleida, as well as learning about the company’s fruit production, packaging and marketing. Fruits de Ponent said the visitors showed interest in exporting its fruit to China.

The visit was organised by Prodeca, which promotes the Catalan agri-food industry, and was one of a series of activities it hosted for the delegation over July 1-3. As part of its China Plan, Prodeca aims to increase Catalonia’s trade with Asia in food and other agricultural products.

During its visit, the Chinese delegation signed a memorandum of understanding with Catalan government representatives designed to foster cooperation and mutual assistance between them in the agri-food industry area, and closer institutional collaboration.

According to estimates by the Catalan fruit business association, Afrucat, as well as the Agriculture and Livestock general management of the Department of Agriculture, Livestock, Fisheries, Food and the Natural Environment (DAMM in Catalan), an overall increase of 9% is expected in Catalan stone fruit production, reaching 415,000 tonnes.
By groups, round peach will drop by 2% (109,600 t), flat peach will be up 37% (103,550 t), nectarines will increase by 6% (178,700 t) and Pavia (yellow peach) will fall by 5% (22,600 t). So, Catalonia continues to specialize in flat peaches and nectarines. This overall increase is due to growth of 9% in the area cultivated and the absence of any significant frost. The plantation conversion plan has contributed to this increase in production area for ​​peaches and nectarines in Lleida and Tarragona. Lleida accounts for 89% of the volume in this province. The flat peach will overtake the round peach for the first time.

Category: Uncategorized
Tags: Catalonia, peach
We use cookies on our website to give you the most relevant experience by remembering your preferences and repeat visits. By clicking “Accept All”, you consent to the use of ALL the cookies. However, you may visit "Cookie Settings" to provide a controlled consent.
Cookie SettingsAccept All
Manage consent