The early crops have arrived in Flandria, reports LAVA, the “Administrative and Logistic Association of Auctions” – the umbrella organisation promoting co-operation among the Belgium’s five top fruit and vegetable auctions. “The trade can switch […]
Tue 01/03/2016 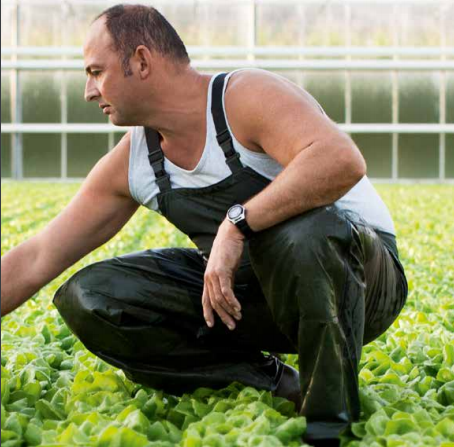 The early crops have arrived in Flandria, reports LAVA, the “Administrative and Logistic Association of Auctions” – the umbrella organisation promoting co-operation among the Belgium’s five top fruit and vegetable auctions.

“The trade can switch back to young crops, top quality and a handsome assortment. There will be adequate supplies of Belgian product available for Easter,” it said in a recent post. “The Belgian early vegetable season has just really burst into life. Nothing can beat ‘young seasonal vegetables’ when it comes to ensuring variety and a taste sensation. Producers are tapping into an increasing interest from the retail side in new, Belgian product and consumers are rediscovering fresh, home-grown crops.”

LAVA said the auctions will be back with a handsome range of top-quality Flandria produce as early as this month, “offering a perfect appearance, freshness, flavour and fantastic health benefits. The trade can already count on ample supplies as early as Easter (depending on the weather conditions), and by April, large quantities will be available.”

It said the following are the early vegetables that can be expected at the Flandria auctions in the next few weeks:

The first asparagus
Supplies of greenhouse asparagus are available from early March and the growers are already providing 40,000 kg by week 12. The retail side can rely on sufficient domestic product for Easter.

(Small) greenhouse cauliflower now also available in new packaging
Every year, supplies of greenhouse cauliflower at BelOrta increase: these are a high-quality, fresh and local product. They are of premium Belgian quality, and what makes them stand out from imported products is their even white colour, finer flavour and daily fresh deliveries. This product comes in both traditional and mini versions and is supplied in T-crates. New types of packs are also now available: the mini cauliflower (6 or 8 units in EPS-T) can now be supplied to order individually flowpacked or in trays of 3.

Tomatoes grown under lamps
Supplies of all Flandria segments grown under lamps have been available for several weeks now. In the week leading up to Easter (week 12), the traditional versions start being harvested. The LAVA auctions then expect 500,000 kg of loose and 600,000 to 750,000 kg/week of cluster tomatoes. In week 13, this climbs to 1 million kg of both loose and cluster. The Specialties come on stream in March, and from early April there are sufficient supplies available.

Harvest of fruiting vegetables gets underway
In late February/early March, the harvest of fruiting vegetables grown under glass begins. At the LAVA auctions, the pepper season gets off to a classic start with the green peppers, and from the end of March, red, yellow and orange peppers also become available. From week 13, production of aubergines also gets going. By the end of March (Easter), there will be decent quantities available.

Category: Uncategorized
Tags: auctions, Belgium, BelOrta, Flandria, LAVA
We use cookies on our website to give you the most relevant experience by remembering your preferences and repeat visits. By clicking “Accept All”, you consent to the use of ALL the cookies. However, you may visit "Cookie Settings" to provide a controlled consent.
Cookie SettingsAccept All
Manage consent