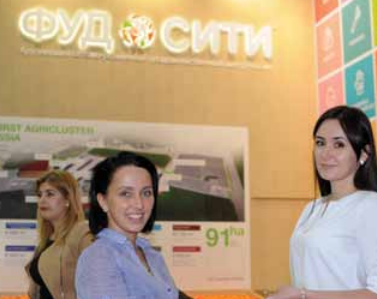 Food City, the first Russian agricultural cluster, located at the edge of Moscow (ring road), has been operating for a year now.

It covers an area of 91 ha, and almost a third of the fresh food products in Moscow are sold through this site today.

“Moscow has already received more than 800,000 tons of fresh food from 52 Russian regions and 26 foreign countries through Food City. Food safety and prices are strictly monitored, so, it is a real working mechanism to ensure food security for the city,” said Moscow’s mayor Sergey Sobyanin after his visit to the cluster.

As for the sellers, they name two major advantages of Food City compared to other outlets. First, one can not only see, but also try the product before buying it. Second, the site has become a significant tool for Russian processors, who are implementing the import substitution policy.

Despite the significant amount of foreign contracts, most of the food sold there is of Russian origin. Food City is preparing to open its own customs terminal. This event is certainly a landmark, for it will accelerate the process of food penetration onto the retail shelves.

“We have all the necessary control systems, including ones for background radiation control,” said Alexei Nemeryuk, head of the Moscow Department of Trade and Services.

There are also special rooms for storing and inspecting product quality in terms of some other parameters.