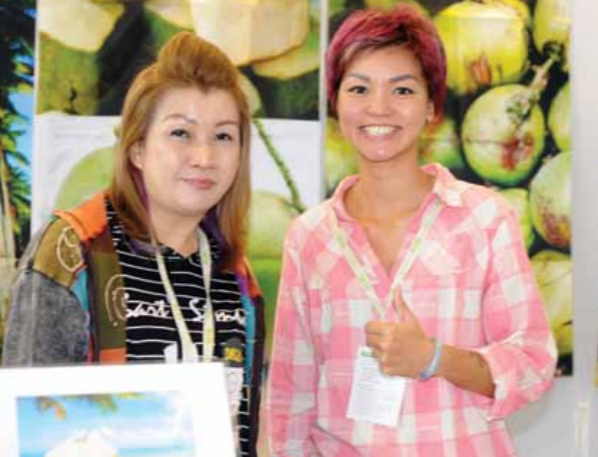 Over the last two years, European exports of fresh fruit and vegetables were heavily impacted by the Russian embargo, as the EU used to ship close to 40% of its exports to the Russian Federation. The latest statistics indicate that the total export volume only fell moderately, while the value of exports dropped by close to 20%. The collapse of the Russian economy also represents a major challenge for other suppliers than the EU exporters.

2 million tons of fruit imports in Indonesia and Singapore

The ban is one of the reasons exporters are reconsidering their export strategy, but not the only reason. They have ambitious plans to expand their exports, helped by the lower rate of the Euro against the dollar. In the 3 countries visited in October by the European Commissioner for Agriculture, Phil Hogan, there is a significant import trade of fruit and vegetables. China is the most important exporter and its neighbouring countries are active, importing 1.1 million tons of fruit each, mainly citrus and apples, and 1.2 million tons of vegetables, mainly onions. In 2015, trade fell by 14% as Singapore closed off imports from several countries. Imports decreased to 1 million tons, down 32%.

Over the last 5 years, exports of European produce to Singapore, Indonesia and Vietnam have been successful, almost doubling in volume, but the volume of 42,000 tons is still disappointing. Only exports to Indonesia saw growth, quadrupling to 20,000 tons. Onions take up the bulk with 17,000 tons, followed by kiwis. The market for European apples, pears and citrus remained closed.

How to abolish tax and SPS barriers The European Commission, negotiating Free Trade Agreements (FTAs) with these countries, wants to do more to support fruit & veg growers and exporters with a new export trade strategy. It helps the sector diversify its market outlets, addressing market access challenges as well. SPS barriers (Sanitary and phytosanitary measures) remain one of the most complex to remedy and tackling them is often time-consuming and costly. The Commissioners for Trade and Agriculture are moving ahead to abolish tax and SPS barriers. In October, during major agriculture fairs in Indonesia, Vietnam and Singapore, Commissioner Phil Hogan intervened with the regional authorities by presenting the main SPS barriers that the European fruit & veg sector faces when exporting to the selected countries. Lowering import duties on fruits and veg is now part of the new FTAs.

New EU policy of market diversification A new streamlined EU promotion policy for agri-food products came into force in December 2015 to help the EU diversify into these new markets, enhance competitiveness and raise awareness of high quality European products. The Commission will continue to actively promote and participate in the call for proposals for 2017 promotion projects to be launched in January 2017. Missions to these countries, which have good growth potential, are an excellent way to promote European produce and increase awareness of the high standards it meets. The rest of the responses have been provided by the dynamics and skills of EU producers and exporters to diversify markets and open up new opportunities.

This article appeared in Special Report: Asia in edition 146 of Eurofresh Distribution magazine. Read more from that edition online here.