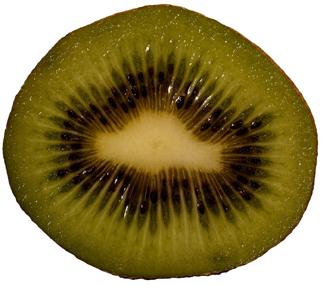 Europe’s kiwi growers have hopes for better prices this season with new estimates showing their 2016/17 kiwi volume is forecast to slip 5% on the previous season, to under 700,000 tons. Though kiwi giant China should again come in with 1.3 million tons – double the combined crop of the Southern Hemisphere’s New Zealand and Chile – the total Northern Hemisphere crop is poised to be down 5% to just under 2.03 million tons.

Italy, then Greece, are Europe’s main kiwi producer countries and in the case of the former, Italian produce association CSO expects the major Italian growers and distributors – Apoconerpo, Jingold, Naturitalia, Agrintesa, Spreafico – will harvest 20% less kiwis, a total of 469,000 tons, of which 400,000 tons will be marketed. A key reason is that plantation yields have been below average in southern and central parts of Italy.

Less kiwis from Greece, more from Spain Greek growers expect to harvest 145,000 tons, a result 15% leaner than the previous season. The kiwi plant needs a cold winter, followed by a sunny spring, but winter was mild in the Thessaloniki region, causing bad flowering and less buds. In Spain, however, increased investment in new plantings in Galicia (673 ha now planted) is paying off in the shape of a 12% rise to 16,000 tons, Growers in Turkey and Romania are also planting more kiwi plants and seeing production pick up.

But the broader backdrop of lower European production is generating hopes for better prices among Europe’s growers. This year they expect to fetch €0.35 to €0.40 a kilo for good sizes and quality, while last year the price did not exceed €0.30/kg. This season started well and with demand for premium European kiwi growing. In Italy and France, growers gained licences to grow limited quantities of the yellow kiwi Zespri SunGold.

Boost to kiwi promotions With the EU’s help, growers and packers have developed new promotional activities which will further enhance cooperation and open new markets, and means less kiwis will remain in storage this season. French, Italian and Spanish packers are planning to ship extra fruit to other destinations, such as Japan and Taiwan. And over the next two years, new promotional activities will take place in major cities worldwide, for example, in Toronto and Shanghai.

This article appeared in the Kiwi produce report in edition 146 of Eurofresh Distribution magazine. Read more from that edition online here.