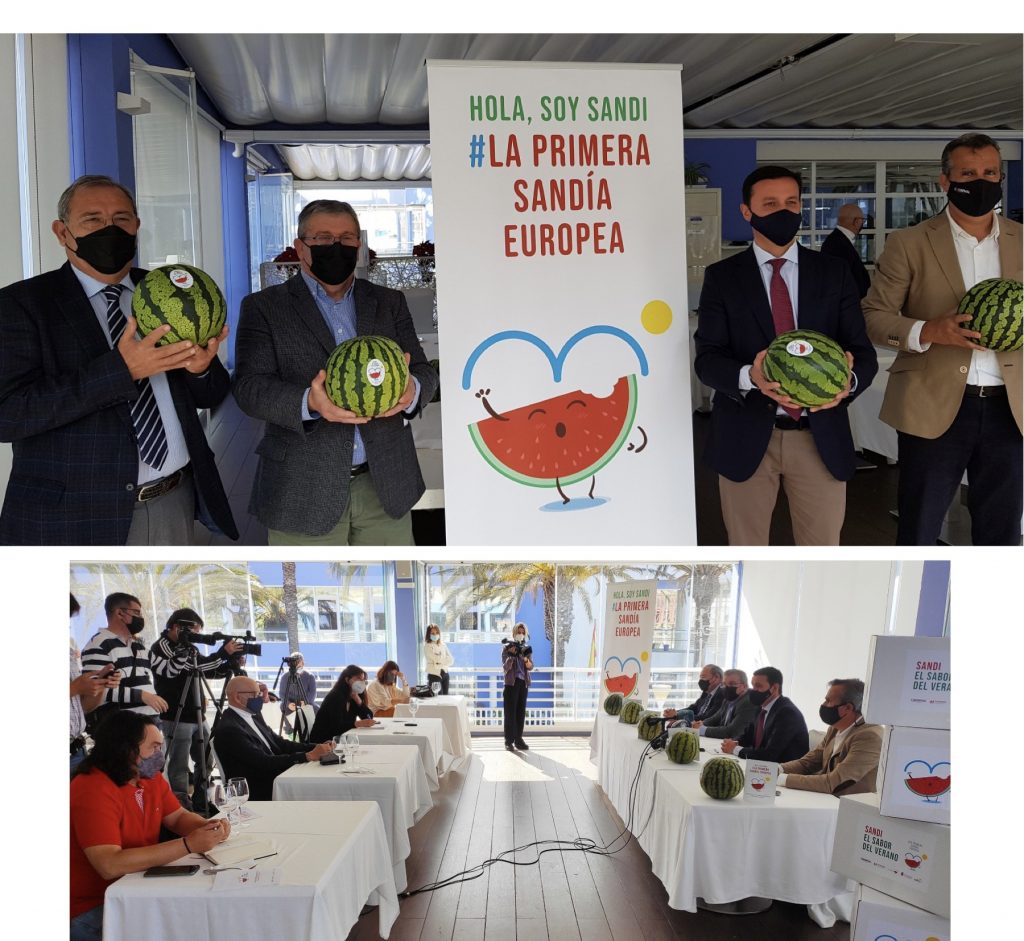 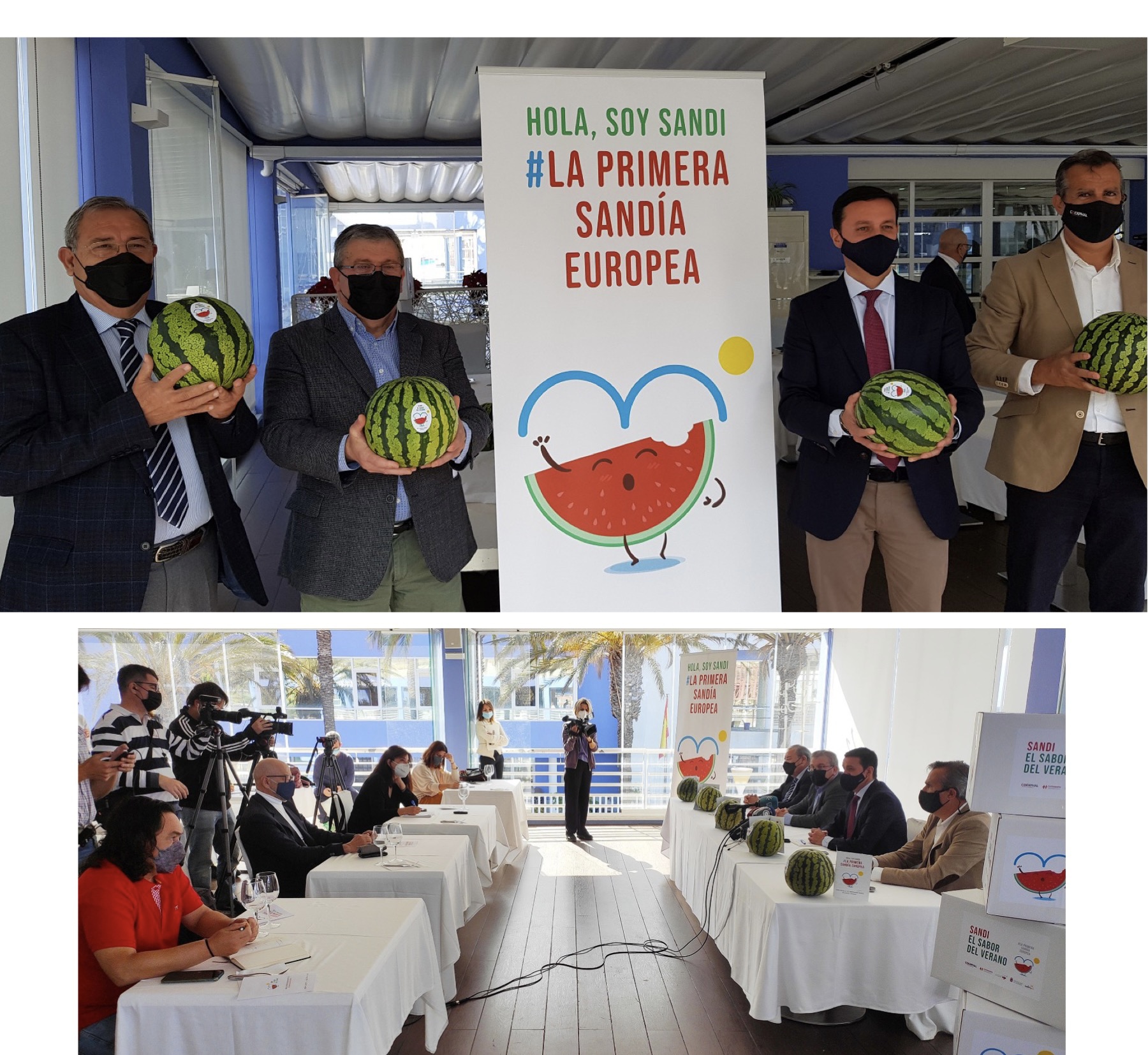 South-eastern Spain is the only producing area in Europe that since the middle of April is able to put watermelons of the highest quality and extraordinary flavour on the market. This was made clear during the presentation of the SANDI “The first European watermelon” promotion and information campaign, launched by COEXPHAL and HORTIESPAÑA, in collaboration with the Almería Provincial Council and its “Sabores de Almería” brand.

The president of COEXPHAL, Juan Antonio González Real, wanted to “publicly thank all the marketers associated with COEXPHAL who are collaborating by contributing their watermelons within the framework of this campaign, which, as you know, began last year, in April, in full lockdown. There was no chance to present our SANDI last year, so I want to invite all Spanish and European consumers to share the sweetness, quality and great flavour of this fruit that has become the first flavour of the summer”.

HORTIESPAÑA’s president Francisco Góngora noted that this campaign is fundamentally based on direct actions and on social networks. “The success of this project is corroborated by the numbers offered by the audience – last year, more than 200,000 people were impacted by SANDI through social networks. For 2021, falling in love with Sandi is the theme of humorous memes on social networks, to once again promote the consumption of the rich watermelon grown in the solar greenhouses of Almería and Granada. Furthermore, as a novelty, the campaign has a website www.laprimerasandiaeuropea.es where watermelon data, curiosities and recipes with different chefs will soon be available,” Góngora said.

The president of the Almería Provincial Council, Javier A. García, was satisfied to be able to collaborate in an initiative that values ​​the horticultural production of the province of Almería: “We have to highlight a watermelon that is made in solar greenhouses, in environmentally friendly facilities, which are a sink for Co2 emissions. The first European watermelon is possible thanks to the work of thousands of people who grow and produce health for all of Europe,” he said.

García added: “We are proud that 70% of the exported watermelons are from Almería and that our province is the cradle of the Mediterranean diet. The first European watermelon is very good because it makes us feel proud of our land and of what the people of Almeria do.”

The manager of COEXPHAL, Luis Miguel Fernández, presented forecasts for this campaign regarding melon and watermelon. “For the entire 2021 cycle, the estimates compiled for COEXPHAL companies show an increase in watermelon production of around 3%, with a clear trend towards black seedless (up 4%). The mini sizes have also shown increases of around 7%. Organic production is growing faster than conventional, with 6% growth expected.”

Fernández also highlighted “the increase in the watermelon area in recent seasons, which has doubled in just 10 years. Last year, watermelon, with 10,600 hectares (and a production of 608,000 tons), ranked second in Almeria, just behind pepper and above tomato.”

As for melon, “the forecasts show a 3% drop in production. The only types that are increasing are Cantaloupe and Piel de Sapo. For the Galia and Yellow melons, although they are still the ones that occupy the largest proportion of surface area, a fall in the harvest is expected. Organic production is showing a worse trend than conventional: forecasts indicate a drop of close to 10%. In recent seasons, the surface area and production has stabilised at around 2,800 hectares and 122,000 tons. However, it will be necessary to closely follow this cycle to know whether the forecasts are finally realised. It should be remembered that 10 years ago, the area exceeded 4,000 hectares,” said the manager of COEXPHAL.