Add
The potato crop in the north and west of the EU is forecast to decline, despite a 3.2% increase in area under production compared to last year. Adverse weather has been one of the triggers of this contraction.
Sun 20/11/2022 by Gloria Zorrilla 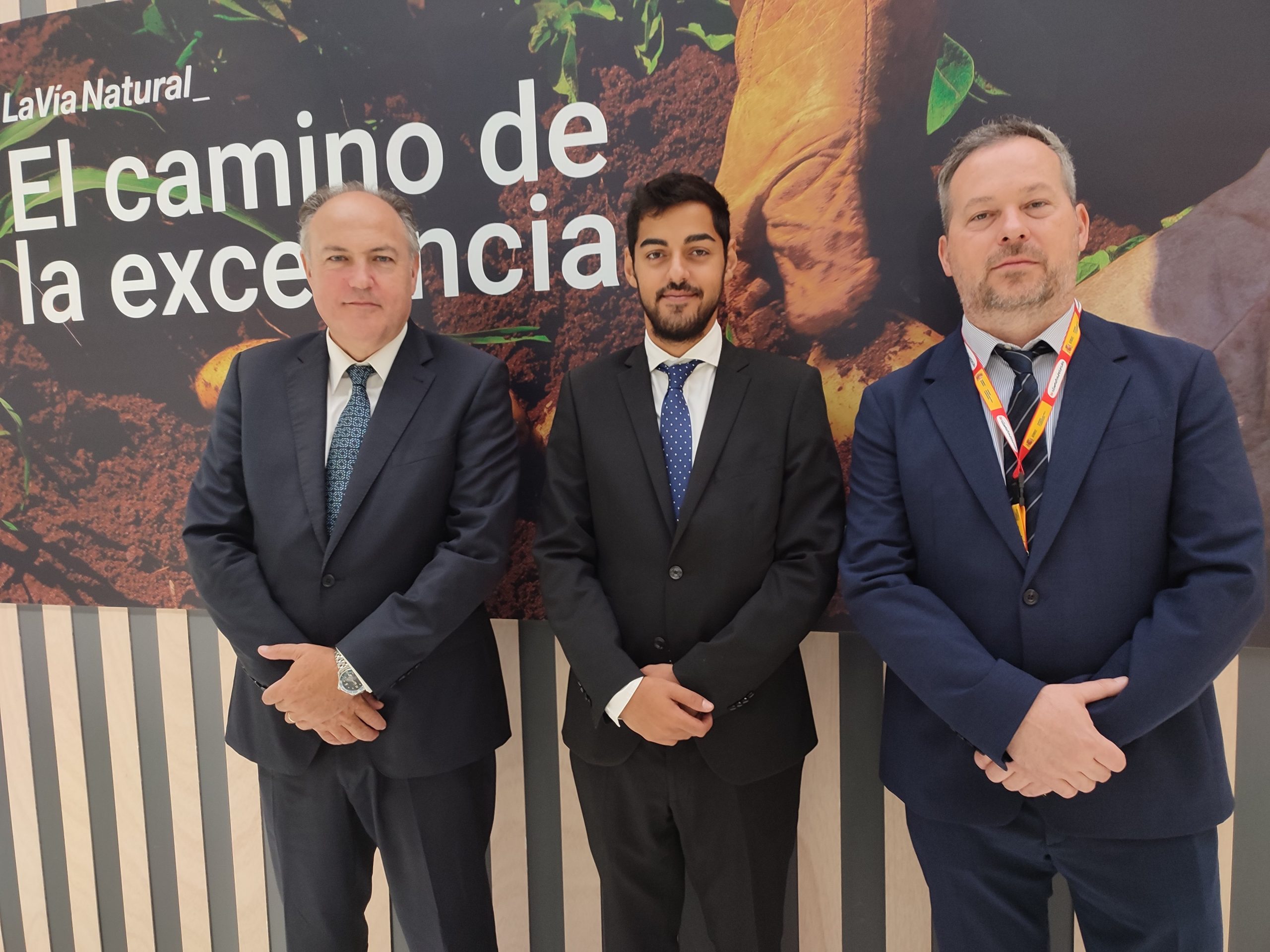 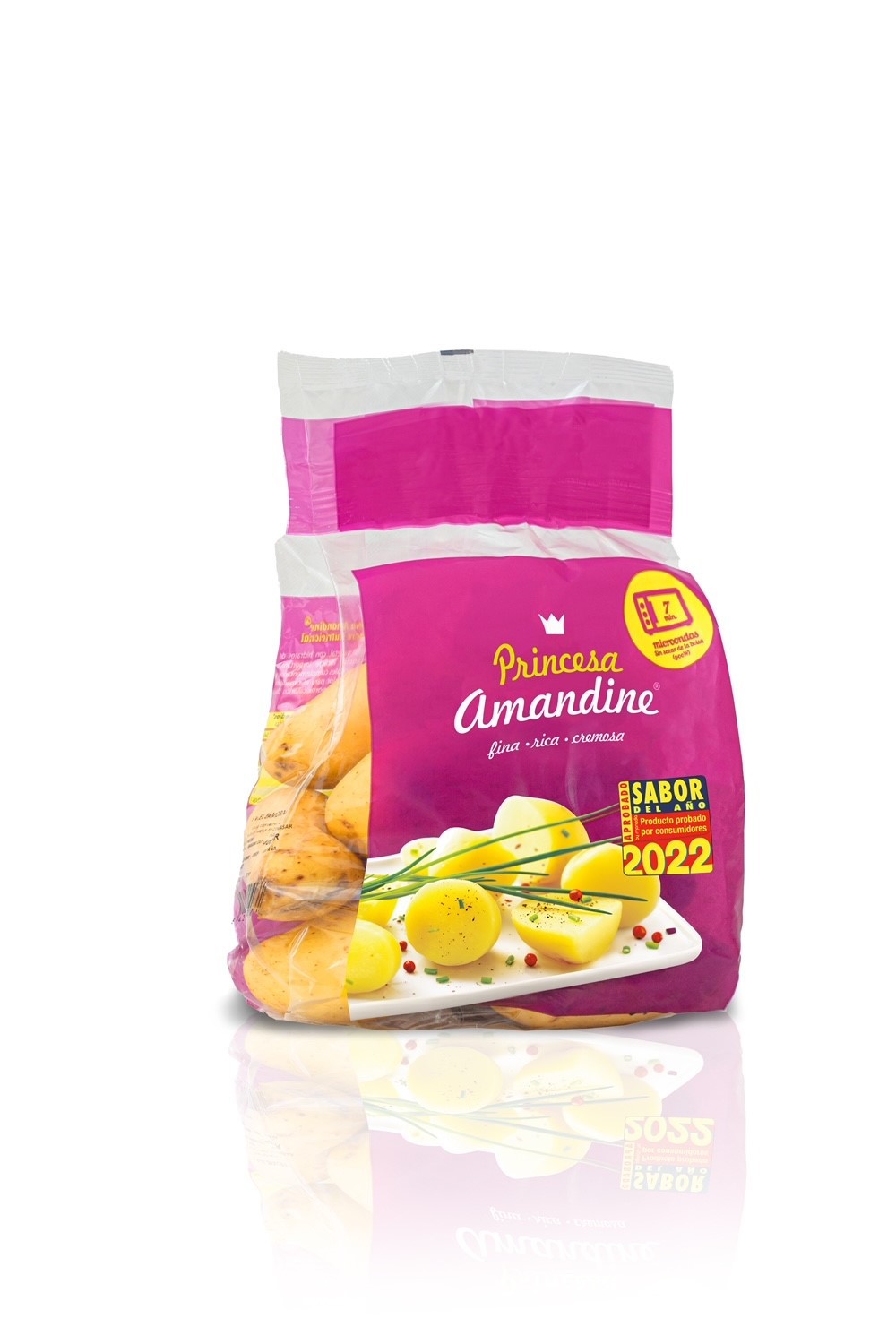 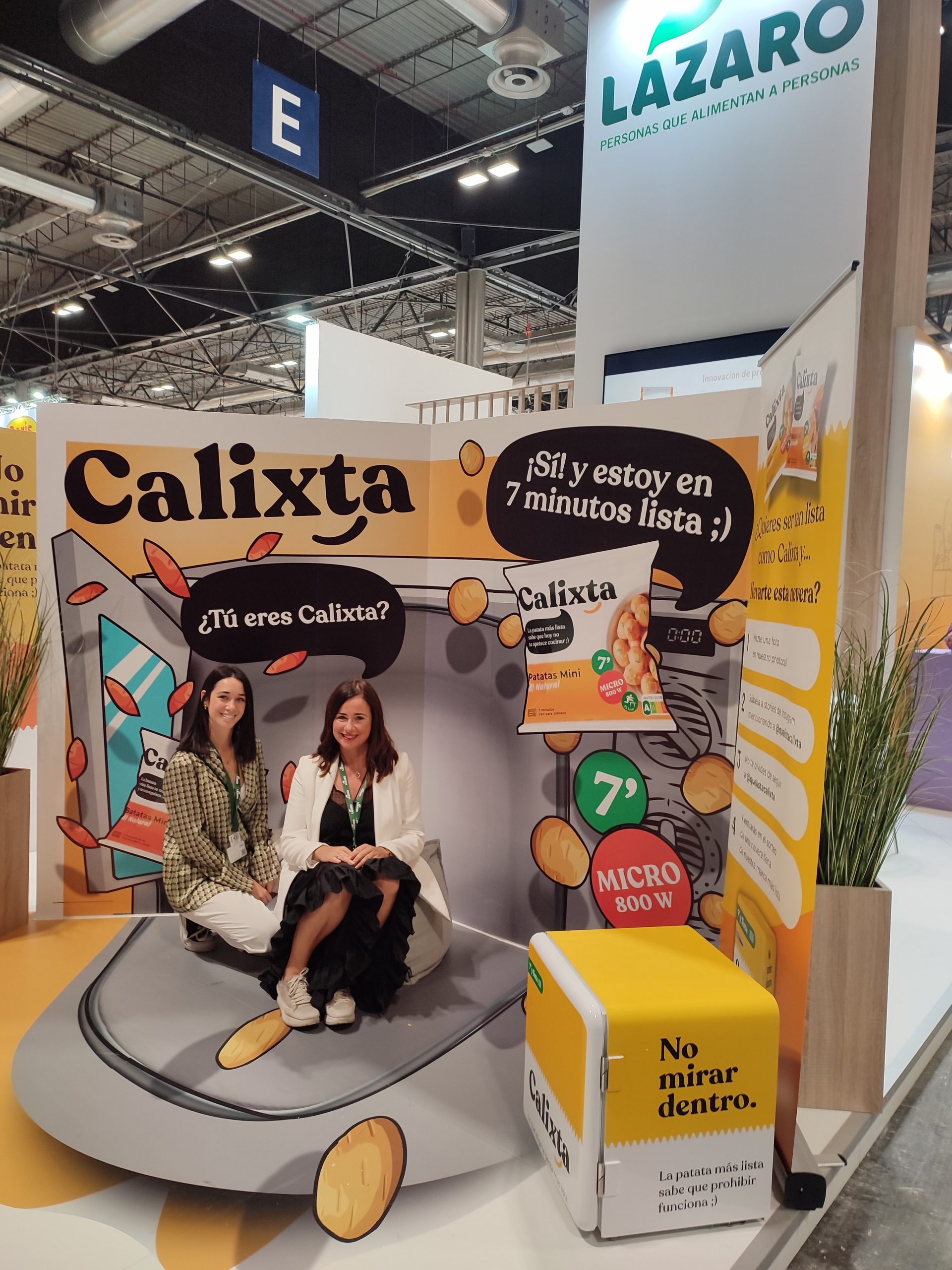 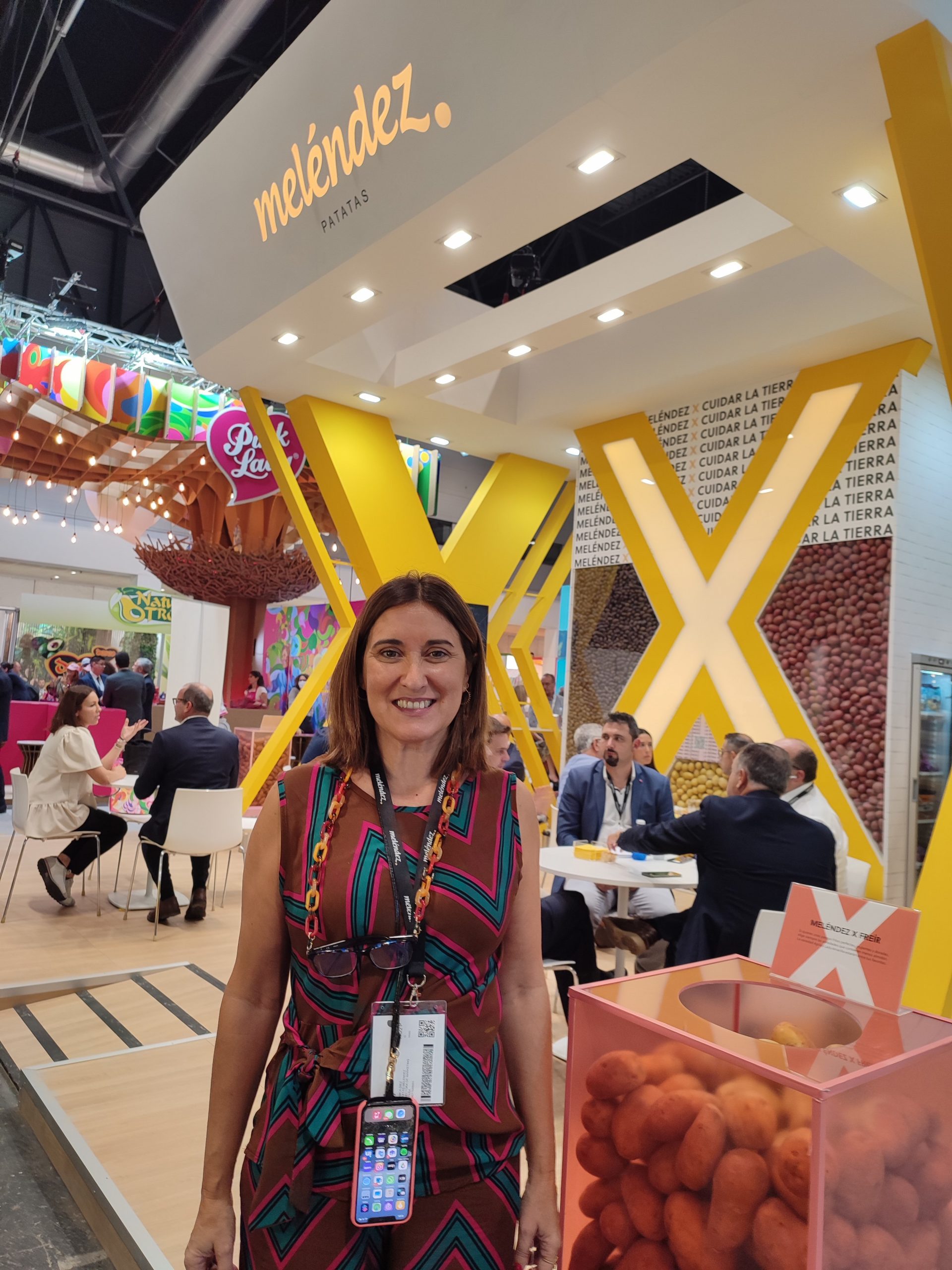 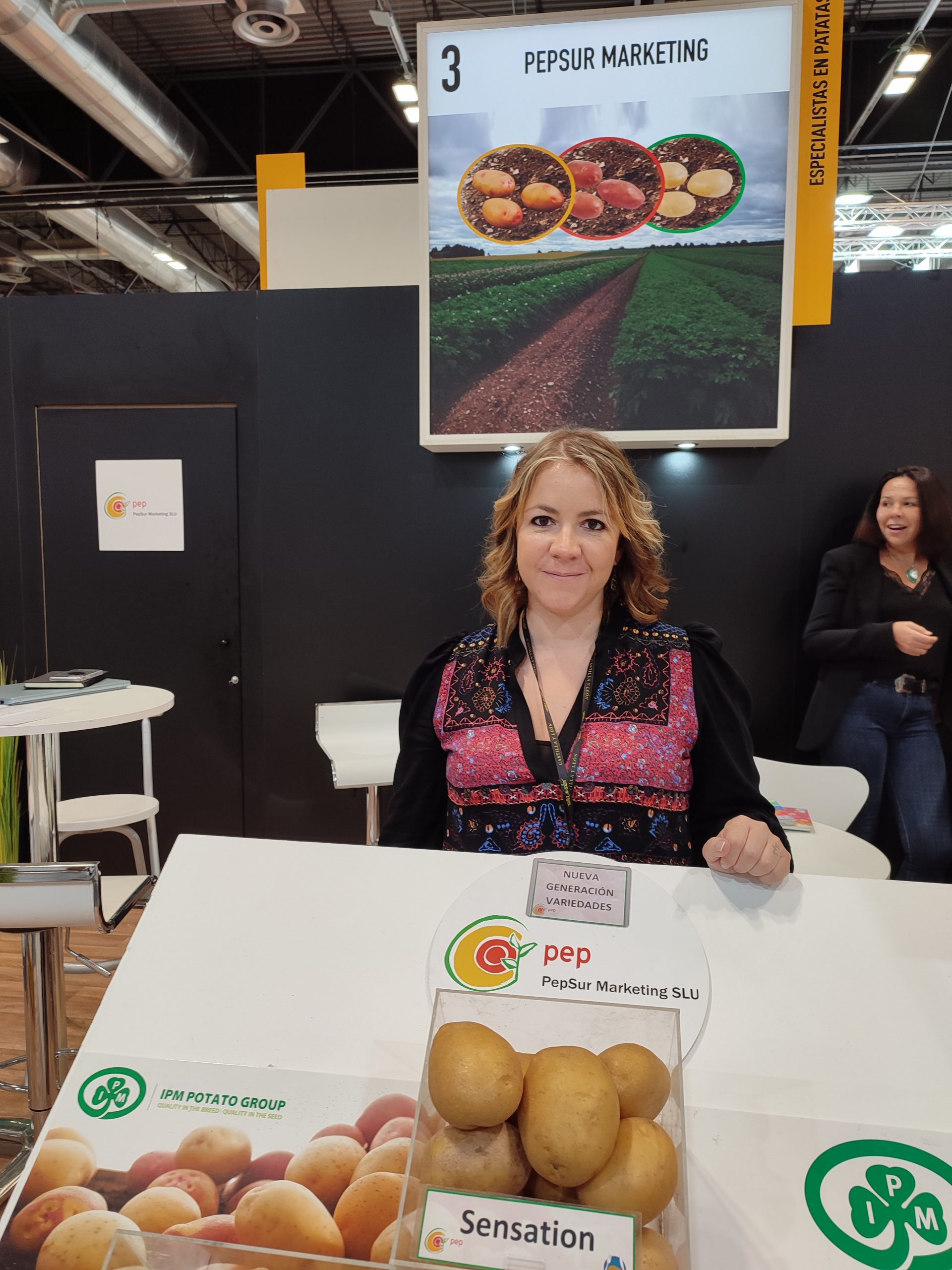 Sheila López of Pepsur Marketing, which specialises in seed potatoes

At Fruit Attraction 2022, the company presented its latest technological innovations for optimising production, including an investment of over €1 million in a new washing, grading and selection production line. The new line, which entered into operation in September, includes optical selectors and an innovative anti-knock system, thus ensuring greater quality and product care. In addition, Ibérica de Patatas has strengthened its commitment to sustainability with a new range of plastic-free cellulose containers. As for product innovations, Ibérica presented its new Princesa Amandine microwaveable potato, a garnish potato that comes in 400-gram containers and can be ready to eat in 7 minutes.

With its range of technological advances to guarantee product quality, “Patatas Meléndez has been able to digitise its fields and optimally link with Industry 4.0. It has achieved this without losing sight of the latest consumer demands or the quality and origin of products, which are essential values ​​of the company,” said Mónica Díez Pérez, director of marketing and external PR of the Castilian fresh potato company. The new factory will lead to improved efficiency and monitoring of product traceability from start to finish.

After its latest successful launches, Calixta and Pappins, Patatas Lázaro has decided to dedicate this year to reflection, according to marketing manager, Olga Maturana. “Our motto is that we cultivate ethical solutions from field to table. That is how we define ourselves: ethical and healthy. We have transformed our packaging by only using monomaterials. We know that this is still not ideal, but it can be recycled in just one container. We’re more than potatoes – we’re people who feed people,” she said.

“Ninety percent of the seed potatoes we sell are of Scottish origin,” said Sheila López of Pepsur Marketing, a company that markets and distributes seed potatoes in Spain and Portugal. “We work with seed and ware potatoes, but seed is our main area.” Pepsur is the representative in Spain of Scottish-certified seed companies. It also markets the best free-of-license varieties from France and from Holland. “As far as possible, we lend a hand to farmers in their marketing,” she said.

Potatoes Aguilar – commitment to the environment

According to marketing manager, Robert Aguilar, “Patatas Aguilar has demonstrated its commitment to the environment from the start. For example, it has a water purification system so that it can reuse 100% of the potato washing water. This recycling plant allows the separation of the sludge from the soil sticking to potatoes in the washing water. This residue is converted into dry soil suitable for reuse in agriculture. This process reduces water consumption by more than 90%.” Patatas Aguilar also has a solar energy project to generate 360 Kw/h and save 260 tons of CO2 emissions per year.