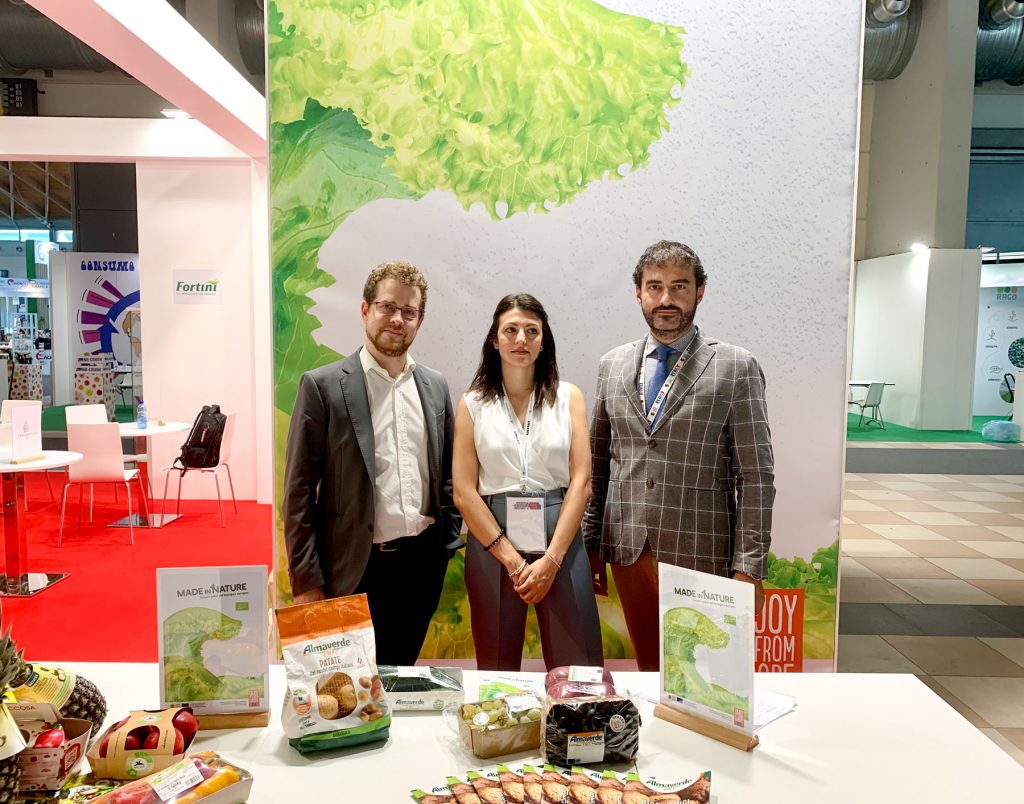 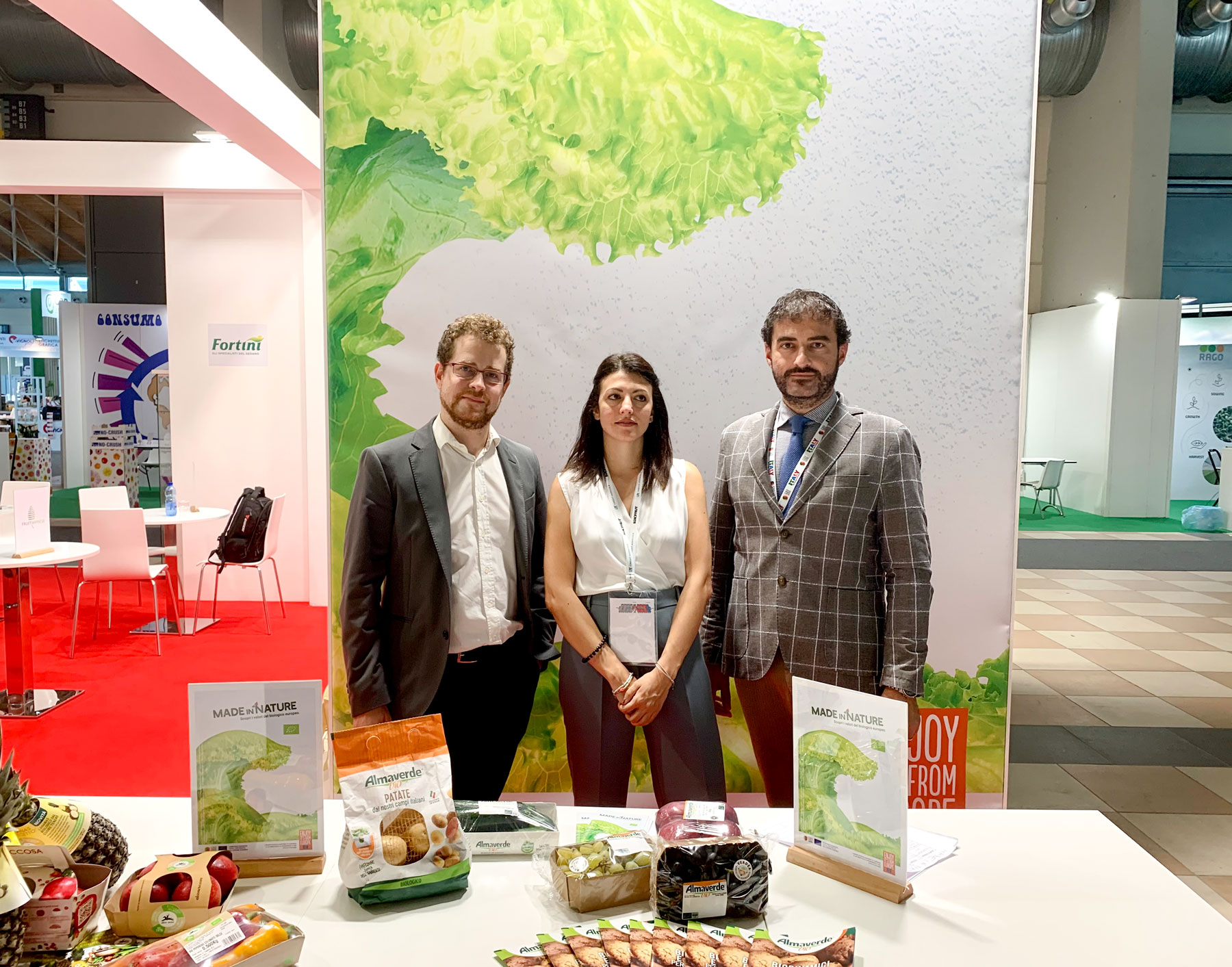 After more than a year and a half of remote events, webinars and initiatives that have kept the link between producers, professionals and consumers alive, the events in presence are finally back. To celebrate this important return Made in Nature, the project funded by the European Union and CSO Italy to promote the consumption of organic food in Italy, France and Germany, now in its last year, has organized at MacFrut in Rimini a presentation event dedicated to journalists, buyers and industry professionals.

The partner companies of Made in Nature (Brio, Canova, Conserve Italia, Lagnasco Group, RK Growers, Veritas Biofrutta and Mazzoni) have participate to talk about organic trends and production prospects. Through their interventions, Luca Mari, Project Manager of CSO Italy, Luca Zocca, Marketing manager of Brio, Angelica Batani marketing manager Canova and Francesco Ricchieri, Sales Export Manager of Veritas Biofrutta, illustrated the pre and post Covid trends, focusing on the importance of continuing to promote the culture of organic among consumers and the excellence of their products in Italy and abroad.

In his introduction, Luca Mari of Cso Italy focused attention on the objectives of the project, about «the importance of communicating organic not only from a production point of view but its role in everyday life and for the environment. Now in its final year, Made in Nature has allowed companies to promote themselves within the target countries with targeted actions, focusing on fairs, instore events and online communication, especially in the period of Covid, which have produced great results. This is why we have decided to resubmit the project for another three years».

«After the year of the pandemic, our data have shown to continue their growth, obtaining good results even in the summer campaign despite the initial shortages of stone fruit caused by adverse weather conditions», said Angelica Batani of Canova, «This growth has been also confirmed on the foreign market where we recorded encouraging and growth results. Projects such as Made in Natura are also important to sensitize European consumers to organic products, which are also on the rise in Italy and France, while in Germany they are already firmly among the main consumers in the world».

«Veritas Biofrutta has its core business in exports and also for us the market has held up in recent years», confirms Francesco Ricchieri of Veritas Biofrutta, «despite the lack of stone fruit and pears have created some problems, with brassicas we have succeeded to compensate also thanks to exports. Italian organic is increasingly in demand thanks to its quality and has allowed us to open up to a market also outside Europe, confirming the good performance in Germany, France and Scandinavia which are proving to be increasingly receptive to Italian quality ».

«For Brio and Alce Nero», said Luca Zocca, «we recorded a slight decline in Italian domestic sales in the early months of this year, which were however offset by exports. We have worked hard to try to expand the Italian production, expanding the supply chain and the production areas, also improving from the varietal point of view and reviewing our packaging with a more sustainable key. As regards foreign countries, the main countries were Germany and France in which we increased the product volumes mainly in large-scale distribution with good performances on apples, kiwis, pears and asparagus, waiting to start with pomegranate and persimmon from the end of September».

Throughout Europe, organic farming experienced an important moment of expansion in 2020, marking an increase in consumption and sales which, with the arrival of 2021, coincided with an increase in hectares and companies devoted to this type of agriculture. Italy is the first country for producers (80,000, source BioFach 2021). According to CSO Italy estimates, the first six months of 2021 in Italy recorded a total of 113 thousand tons purchased, numbers higher than the average of the pre-Covid three-year period but 4% lower than in 2020. The penetration index, although slightly down on 2020, it was equal to 56% of the total, up compared to 53% in 2019, with volumes recording + 1% in traditional large-scale distribution.

Made in Nature will continue its promotional activities until the end of 2021, proposing innovative communication formats, very linked to social networks and which will involve consumers in Italy, France and Germany with the fresh and processed organic product of leading Italian production companies such as Brio, Canova, Conserve Italia, Lagnasco Group, RK Growers, Veritas Biofrutta and Mazzoni Surgelati.