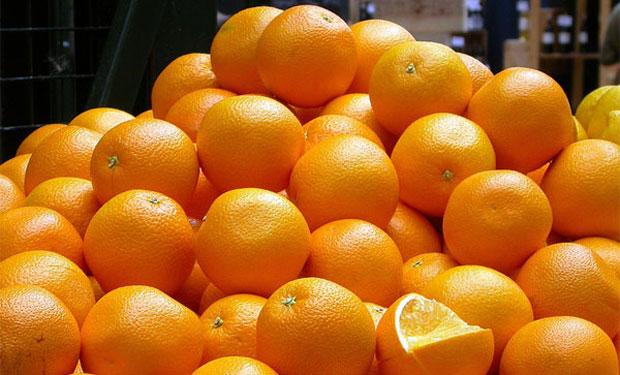 The EU’s citrus production is projected to reach around 11.1 million tons in 2017/18, 2.4% higher than previous estimates had suggested, but still representing an overall fall of 6.3% from 2016/17. The reduction stems from production drops in the main citrus-growing regions, with Spain and Italy expecting a 10% and 3.6% fall respectively. Together, Spain and Italy account for 80% of the region’s orange production. The main reasons for the decline are the drought and high temperatures recorded in 2017. The main markets for EU citrus exports remain China, the Middle East and Canada. Meanwhile, exports to the US continue to fall, with the exception of lemons. 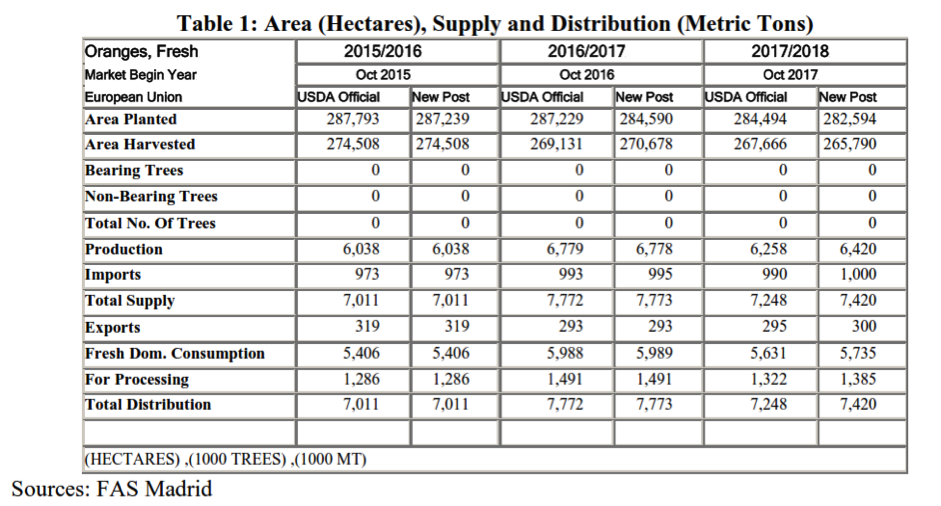 The outlook for EU orange production has improved, leading to production estimates revised upwards by 2.5%, to 6,420 million tons. Nevertheless, the region’s orange output for 2017/18 is expected to be 5.2% lower than in 2016/17 due to adverse weather conditions and the natural alternation of citrus crops. It also experienced irregular flowering as a result of high temperatures during the fruit setting phase in spring 2017. Thanks to the autumn rainfall, fruit quality and sizes are expected to be good. The area planted with orange continues to fall, especially in Spain and Italy. Spain’s production fell mainly due to the natural alternation of the citrus crops,

Spanish producers try to cover the whole marketing year with both early and late varieties, including  Naveline, Navel, Navelate, Salustiane, Valencia and Sanguinello. However, following years of an economic crisis in the orange sector, orange production is now being substituted with more profitable crops.

Italian producers mainly grow Tarocco, Moro, Sanguinello, Naveline, and Valencia varieties, while Ippolito and Meli cultivars are gaining popularity. Despite a 6% drop in output, Italy’s 2017/18 orange campaign is expected to see exceptional levels of quality. Fruit sizes are expected to be small and medium.