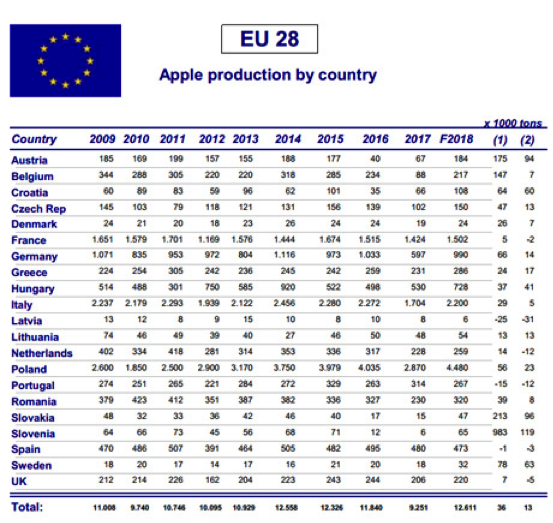 EU agri-food exports in April 2018 were €11.1 billion, while imports totalled €9.6 billion. This meant a 3.7% rise in exports and a 2% fall in imports compared to April 2017. The monthly agri-food trade of €1.5 billion constituted a 66% increase on the level of April 2017, according to the latest monthly trade report published by the European Commission.