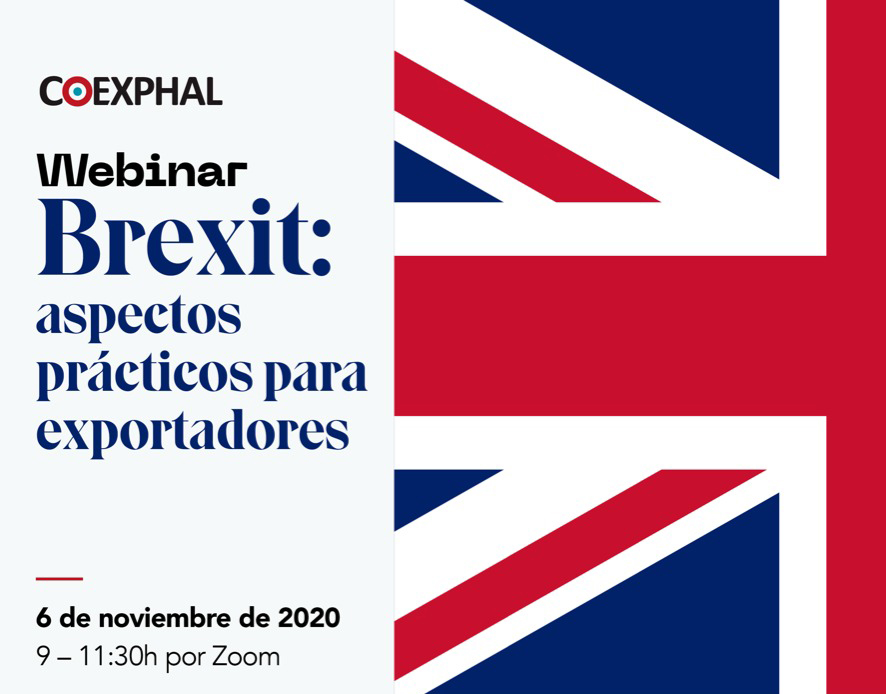 Almeria’s Association of Organizations of Fruit and Vegetable Producers COEXPHAL held a webinar last week titled ‘Brexit: practical aspects for exporters’ in which it addressed the post-Brexit scenario facing producers and marketers of fruit and vegetables.

Juan Antonio González Real, president of COEXPHAL, said: “Most of the COEXPHAL associates are exporters and the United Kingdom is our second market, both in volume and value. This is why Brexit concerns us very directly and we have considered it necessary to prepare this meeting, focused on the practical aspects that fruit and vegetable exporters should know, and with the presence of the 3 administrations that intervene in the procedures that we have to have consider.”

Manager of COEXPHAL, Luis Miguel Fernández, analysed the impact of a Brexit without an agreement on the export of fruit and vegetables from Almeria and Spain.

“Most of our peppers, cucumbers, courgettes, aubergines, melons, watermelons, and tomatoes (although in recent seasons their export share to the UK has dropped) occupy an important market niche in the winter months in the UK. The proposal for tariffs on the fruit and vegetable product, if there is no agreement, is around 10% on average, without the existence of tariffs for Moroccan products, which produces a very worrying competitive disadvantage. The question that assails us is if we are finally going to a Brexit without an agreement, and the tariffs cannot be assumed, will the United Kingdom be able to look for other sources to source these fruits and vegetables? And, will there be other origins that can reach a sufficient volume to cover our gap?”

General director of Fepex, José Mª Pozancos, discussed the bilateral agreements between the UK and other countries: “The United Kingdom is negotiating trade agreements with non-EU suppliers of fruit and vegetables, and in this negotiation it has followed the common global tariff technique, replicating the trade agreements that the EU already has with those countries. Thus, it has simplified ad-valorem duties and schedules, has taken as a reference the tariff quotas of the European Union and has adapted them to the size of its market, significantly reducing them, applying the criterion of what its market share was. of the EU. And in relation to entry prices and specific prices, its application has been suspended. Furthermore, all member states of the European Union will receive the same treatment. There is no option for a bilateral negotiation. In the case of third countries, yes, and obviously this will have negative consequences for our sector.”

The technical part of the day focused on practical aspects and necessary procedures related to phytosanitary inspection, quality inspection and export.

“The current situation of the phytosanitary requirements established by the United Kingdom for the export of plants (V), plant products (PV) and other objects (OO) coming from the territory of the Union has been categorised into “High Priority plants”: which include machinery, potatoes, seeds of various species, wood, bark, trunks and branches of various species; Regulated products and exempt products. In addition, three phases of application of the regulations starting 01/01/2021. It is also necessary to take into account that all the movement of packaging and stowage of wood must be carried out with wood treated in accordance with the international standard NIMF-15.”

Pedro Martínez, provincial director of commerce in Almería, explained the conditions of trade with the United Kingdom after its departure from the European Union.

“In January 2021, the United Kingdom will no longer have the obligation to apply EU regulations and the trade agreement that is reached for each of the sectors would enter into force. If there is no agreement, the United Kingdom will have the same treatment as other countries of the World Trade Organization with which the European Union does not have a preferential agreement. For the export and import of merchandise, on January 1, 2021, the need to carry out all customs and non-customs procedures required for a third country will begin. With or without a trade agreement, after the transitional period, the United Kingdom will be outside the EU Customs Union and will be a third country for all purposes both in trade of goods and services. Their products will cease to have the status of originating in the EU.”

Rafael Rogelio Molina, head of the Almería Customs and IIEE Unit, stressed that

“in commercial exchanges, leaving the United Kingdom with or without an agreement will mean that they are subject to customs and non-customs procedures or formalities to verify the compliance with community legislation including the possible obligation to have an authorization or certificate from the competent authorities, which implies an additional procedure prior to import/export. On the other hand, products that are in transit, so that they are cleared by Spanish customs to continue to their final destination in the United Kingdom, will not be subjected to non-customs control in accordance with Union legislation, since presumably they will not they will be introduced in the internal market.”

“It is important to highlight that the departure from the United Kingdom will mean that the EU’s trade agreements with third countries will cease to be applied in the United Kingdom, including the scope of preferential regimes. As of January 1, 2021, UK inputs (materials or processing operations) will be considered ‘non-EU origin’ within the framework of a preferential trade regime to determine the origin of the goods that incorporate them. It is therefore recommended that the operator verify whether the merchandise continues to have preferential origin in the EU and make sure that it can prove said origin.”

“We are customs representatives and we take care of carrying out all the Customs procedures that exporters do not have the capacity to carry out. The United Kingdom has connections from the north of France, Belgium and the north of Spain with short sea routes. It is very important to arrive at the ports with the arrangements made and it is recommended that customs procedures be carried out at origin. This means that shipments should be dispatched in Almería and will have to arrive at the ports of departure with all the procedures completed.”

The webinar ended with the intervention of José Rodríguez de Guanter Rodríguez:

“We carry out 20,000 annual operations of fruit and vegetables from third countries. We have created a network with customs representatives in all Spanish points where there is Customs, Fito and SOIVRE to give a complete service to the client. This same network has been created in France, which allows that, if the export cannot be done in Spain due to time or holidays, it can be done in France. We have a system that makes everything easy for the exporter. We take care of picking up the merchandise from Almería and putting it in London at the customer’s home, the importer and exporter don’t worry about customs procedures.”

In conclusion, the sector must put itself in the worst case scenario to work out ways of exporting to the UK in the case of a hard Brexit. Possible tariffs will reduce the profitability of Spanish fruit and vegetable exports to the United Kingdom and work should be done by Europe, in this sense, to eliminate or minimise them, studying the possibility of compensatory payments to offset said tariffs. The United Kingdom is the third largest market for Almería and so all fronts must work together to maintain the export volume and profitability that no other market can provide.