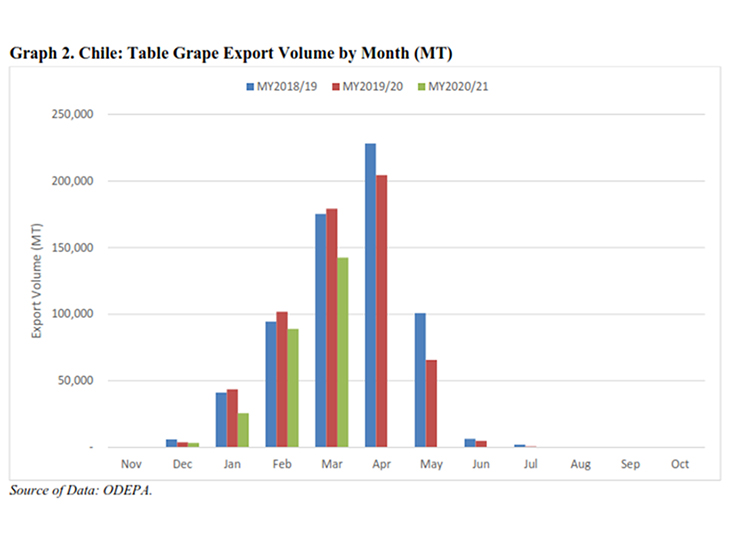 Chile’s deciduous fruit season is expected to be worse than last year’s, with production and export of table grapes, apples, and pears projected to fall due to moderate temperatures and unexpected rainfall during the summer, which ultimately decreased yields. Table grape were the worst affected, with production expected to fall to 615,000 tons and exports set to decline by 21% Y-O-Y to 475,000 tons, according to USDA data. In 2020/21, apple production will reach just over 1m tons (-4.8%) and exports will total 647,000 tons (-2.0%). Pear production is projected to total 200,000 tons (-9.1%), while exports are estimated at 106,000 tons (-8.6%).