Ecopouch, a range of mushrooms cooked and packaged in their own juices with no additives or salt, has won the Innoval Award for Best International Innovation at Alimentaria 2016 for […]
Thu 28/04/2016 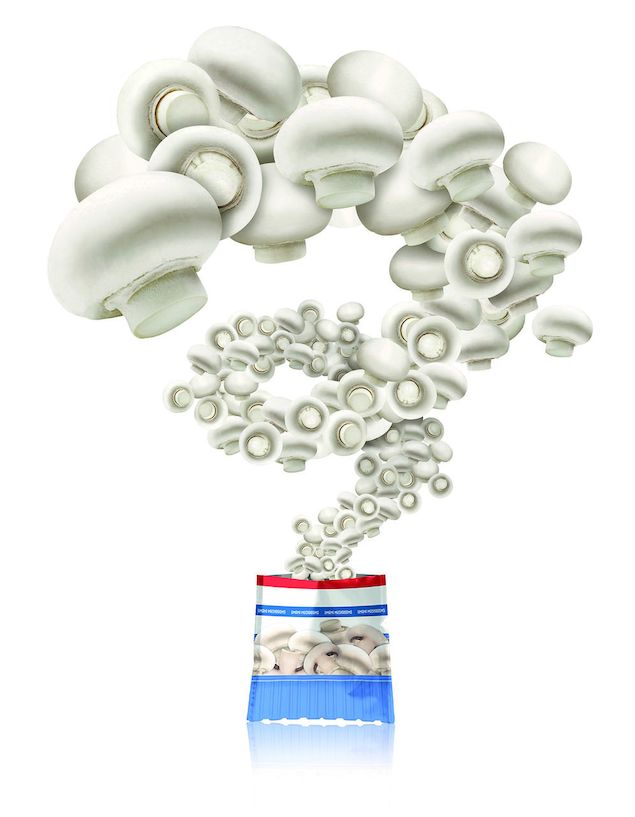 Ecopouch, a range of mushrooms cooked and packaged in their own juices with no additives or salt, has won the Innoval Award for Best International Innovation at Alimentaria 2016 for Dutch company Scelta Mushrooms.

The mushrooms can be stored for a long time and their juice makes the perfect 100% natural base for stocks and sauces, according to organisers of the international food and drinks exhibition, which ran April 25-28 in Barcelona

In a press release, Scelta Mushrooms said its Ecopouch mushrooms are produced via a unique procedure. After being packed, the mushrooms are boiled in their own juice. “The result are shelf stable sliced mushrooms with a fresh taste and texture.” Innoval is a major showcase at the Alimentaria where innovations in the food and drinks industry from the participating companies are presented. The Innoval awards were presented on April 26.

Another of the 16 Innoval Awards 2016, that for Dry, Dehydrated, Canned and Semi-Preserved Food, went to the company Aneto Natural for a purifying salt-free artichoke stock based on 100% fresh organic vegetables which helps to cleanse and purify the body.

Garden Gourmet, a brand of vegetarian dishes made from a careful blend of wheat and soy proteins, won the award in the Fresh and Refrigerated Non-Dairy Products category.

The Trend Award for Health and Assurance went to the company Girona Noel Alimentaria for its range of sliced meat-free sausages made using egg white as the protein base and ideal for vegetarian consumers looking for an alternative to meat in their diet.

Category: Uncategorized
Tags: Alimentaria, awards, Ecopouch, Innoval, innovation, mushrooms, Scelta Mushrooms
We use cookies on our website to give you the most relevant experience by remembering your preferences and repeat visits. By clicking “Accept All”, you consent to the use of ALL the cookies. However, you may visit "Cookie Settings" to provide a controlled consent.
Cookie SettingsAccept All
Manage consent