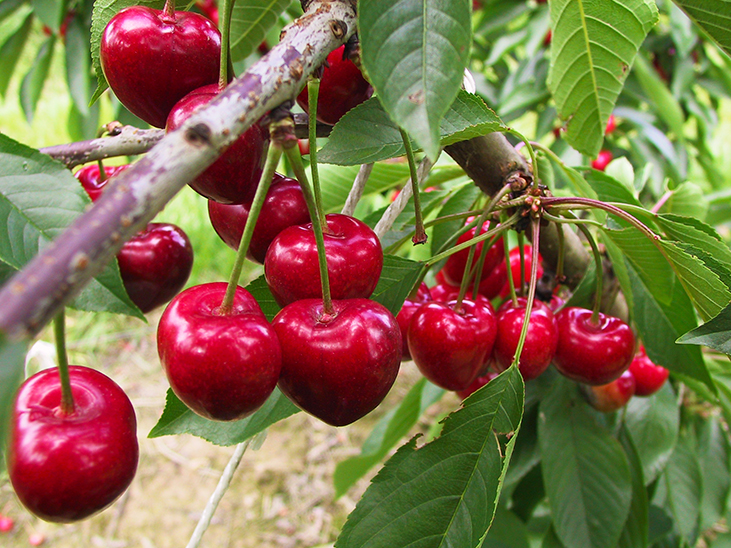 Chile’s 2020/21 cherry crop year is projected to increase by 12.1% to 286,000 tons, due to favourable climatic conditions and increasing planted area. The larger harvest is expected to drive up exports by 13% to 259,000 tons, according to USDA/FAS data. Planted area expands steadily at a 10% annual growth rate, with the cherry planted area forecast to reach 42,200 hectares in 2020/21. New cherry orchards increase productivity every year, giving Chile a high productive potential, which according to experts may reach over 345,000 tons by 2023/24. According to the Chilean Plant Nurseries Association (as reported by  the Chilean Fruit Exporters Association ASOEX), more than 5.6 million cherry plants were sold in 2019 and of those, more than 80% correspond to the varieties Regina, Santina, and Lapins. Cherry growers have opted for harvesting early in the season (October-November) expecting to obtain better prices in China when the supply is lower.

In 2019/20, cherry exports reached a record 228,923 tons, up 27.2% on 2018/19. Export value increased by 43% to US$1.2 billion. China is firmly Chile´s top market for cherries, accounting for 90% of total export volume, while the United States is the second top market. However, Chilean cherry exports to the United States account for only 2% of total Chilean fresh cherry exports, and shipments to the US decreased by 4.55% in 2019/20. In early February, during the outbreak of the COVID-19 pandemic, at least 3,000 containers of Chilean cherries were on their way or arriving in China, specifically with late harvest cherry varieties. Chilean exporters stated that some of the sea ships were delayed and some shipments were stuck at Chinese ports, which carried a high risk of losing those exports considering cherries are a perishable product.  However, shipments were eventually released and managed to arrive at the Chinese market. Despite the difficulties and delays, cherry export volume to China increased by 31.62% in 2019/20 over 2018/19. Chilean cherry exporters expect Chinese demand will continue to expand, offering new market opportunities for Chilean cherries in China’s inner cities.

Category: Uncategorized
Tags: 2020, Asoex, cherry, Chile, exports, Stone Fruit
We use cookies on our website to give you the most relevant experience by remembering your preferences and repeat visits. By clicking “Accept All”, you consent to the use of ALL the cookies. However, you may visit "Cookie Settings" to provide a controlled consent.
Cookie SettingsAccept All
Manage consent