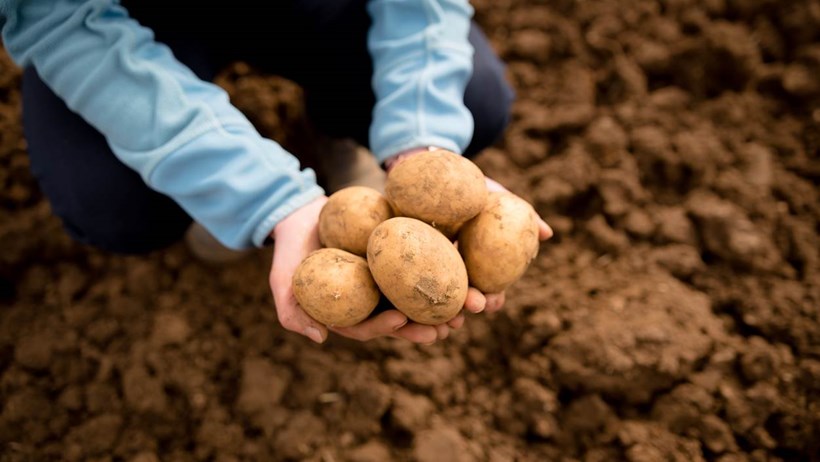 Tesco says it will issue contracts worth £12 million over three years to help support British Agriculture and become the first UK retailer to introduce new long term contracts for potato growers and packers. It said the move will help safeguard the future of UK farmers who supply the supermarket chain and provide customers with the best quality produce.

“Through the Tesco Sustainable Farming Group – Potatoes (TSFG-Potatoes), growers will benefit from greater financial certainty, allowing them to invest in their businesses for the future,” it said.

The TSFG-Potatoes will be made up of a collection of producers and industry experts from across the country, and will aim to build stronger relationships through the whole supply chain to ensure customers are offered the best range and varieties at the right price.

The group will also take some of the pressure off British potato growers, who are faced with the challenges of difficult growing conditions, declining consumption and an increasingly volatile market, Tesco said in a press release.

Tesco’s Commercial Director for Fresh Food, Matt Simister, said there isn’t a single simple solution to resolve the uncertainty faced by many potato growers but the new contracts “will help to bring more confidence back into the whole potato supply chain and build a truly sustainable British potato industry.”

Under the new scheme, from September, producers will be given direct contracts with Tesco and a three year rolling commitment which will guarantee in advance, the volume of the crop that the supermarket will buy.

TSFG growers will also receive a price based on their production costs, which will take into account inflation, farming inputs like the cost of fertiliser and the additional expenses involved in growing high quality fresh produce for customers.

“By developing a structure to guarantee a fair price for their produce, Tesco hopes the scheme will pave the way for other retailers to work more collaboratively with growers, and help secure the future of the British potato industry,” the retailer said.

Over the past two decades, the number of potato growers across Britain has fallen by over 85% per cent from 14,000, as an unpredictable trading environment, poor harvests and producers leaving the industry in favour of alternative crops.

Category: Uncategorized
Tags: Britain, British potato growers, Matt Simister, potatoes, Retail, Tesco
We use cookies on our website to give you the most relevant experience by remembering your preferences and repeat visits. By clicking “Accept All”, you consent to the use of ALL the cookies. However, you may visit "Cookie Settings" to provide a controlled consent.
Cookie SettingsAccept All
Manage consent