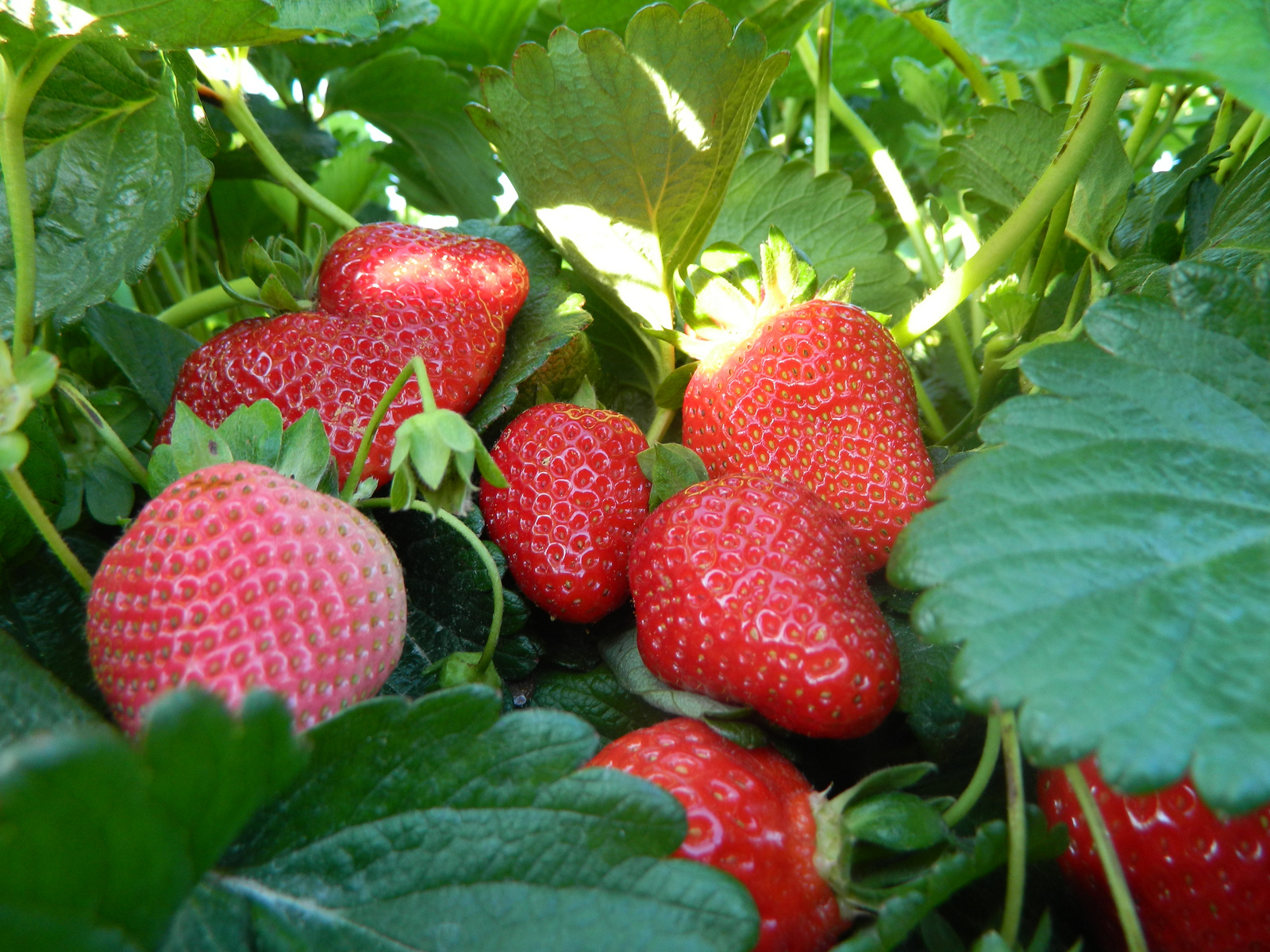 International prices for Spanish standard strawberries (category I) in the main French markets continued their negative trend in week 14. Revista Mercados reports slight decreases in import prices in the Sant Charles market of between 0.5 and 2.6%, and more pronounced falls in the wholesale prices of the Rungis market (13.2-18.7%). 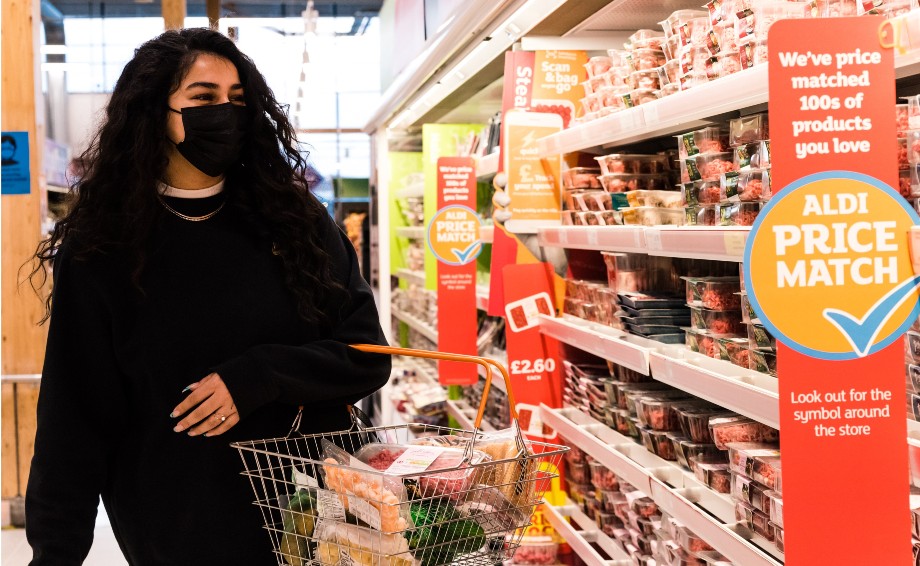 UK retailer Sainsbury’s has thrown down the gauntlet by announcing  it will match discounter Aldi on hundreds of popular items. The around 250 items will include both own-label and branded products and focus on a range of lines from fruit and vegetables to meat, chicken and dairy. The initiative includes savings such as a five pack of Fairtrade bananas, lowered from 80p to 69p; a six-pack of kiwi fruit down 18p at 67p; celery 7p off at 43p; 220g of Imperfectly Tasty Green Beans down 6p at 69p; 1kg of Imperfectly Tasty Carrots 5p off at 40p; 1kg of Imperfectly Tasty Baby Potatoes down 30p at 65p; and 1kg Greengrocer Berry Mix 11p lower at £2.39.

Chief executive Simon Roberts said: “We are making great progress delivering our Food First plan and I’m determined that in these tough times, we do even more to help our customers save money. Our new commitment to match Aldi prices on hundreds of our most popular products will mean our customers can be confident that they are getting the quality they expect from Sainsbury’s at great prices.”

Sainsbury’s also has a Price Lock campaign, with the price of around 2,500 everyday products fixed for at least eight weeks. 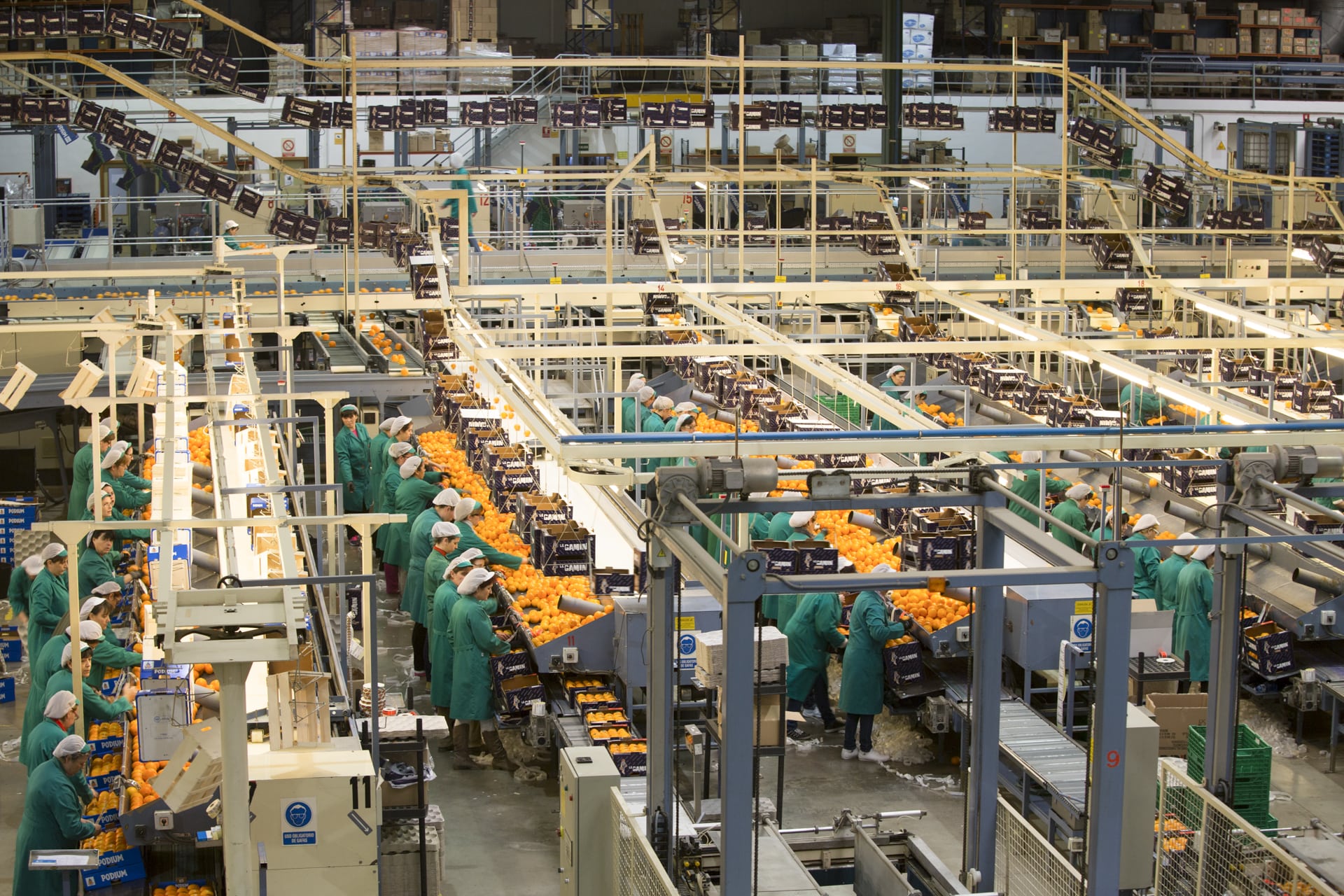 The Valencian Association of Farmers (AVA-ASAJA) reports that the second half of the citrus season has seen an increase in sales and prices for producers. This is due to a better balance between supply, which has been lower than expected due to adverse weather conditions, and demand, which is up due to the cold in Europe and the fruit’s immunological benefits.

For many varieties, these prices represent an approximate year-on-year increase of 10%. The president of AVA-ASAJA, Cristóbal Aguado, said: “The campaign has taken a new turn and has left behind the serious marketing problems that some of the most widespread varieties such as the Navelina orange or the mandarin. Now commercial operators are once again expressing their keen interest in sourcing enough citrus fruits to be able to supply the markets in the coming months.”

The prospects are good for the remainder of the campaign. 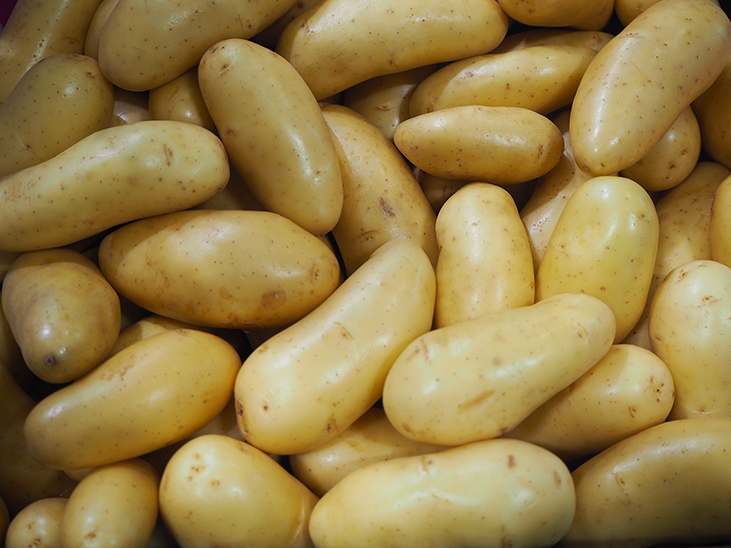 China’s domestic potato market remained weak but stable at the start of December, with the supply of potatoes from each production area deemed “sufficient”. While high-grade products were attracting high prices, average-grade potatoes were not moving so fluidly, and volume was falling. Nevertheless, growers are reported to be optimistic about the future market prospects.

Prices remained relatively low but stable, with traders cautious about purchasing due to the rigid demand. The current slow market is partly the result of the large spring and autumn crops, which saturated the market. Another issue is that specialised sellers dominate China’s potato market, meaning that the scope of action for other trades is significantly reduced. To complicate matters further, transportation costs are rising as the weather conditions worsen, which makes traders reluctant to purchase potatoes at any given price.

According to Chinapotato.org, the market in various production areas may remain weak and stable, with the price of medium-grade potatoes potentially dipping slightly. 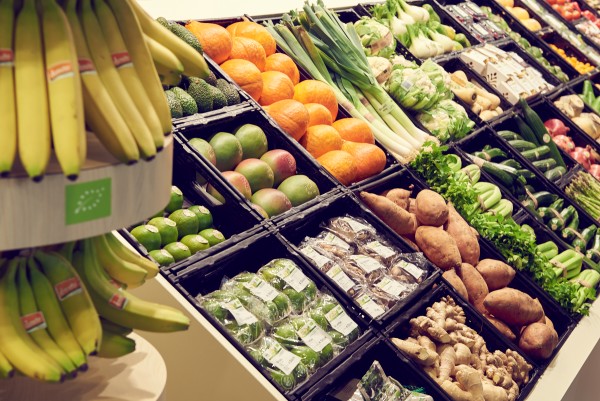 A statement from Aproban said: “National producers are committed and comply with the environmental, social, economic and sustainability requirements and demands of the European market, supermarket chains and consumers. This situation that implies greater investment and greater weight than the rest of the actors in the value chain, which is why these types of unilateral decisions impact Costa Rican producers, who see their costs increase and the price paid for their fruit decreased.”

The statement continued: “In times of crisis like the one we live, with hunger at the doors of many homes, these actions worsen the lives of many, so we respectfully oppose this Aldi decision that would harm banana production, the country’s economy and the creation of jobs that this activity generates.” 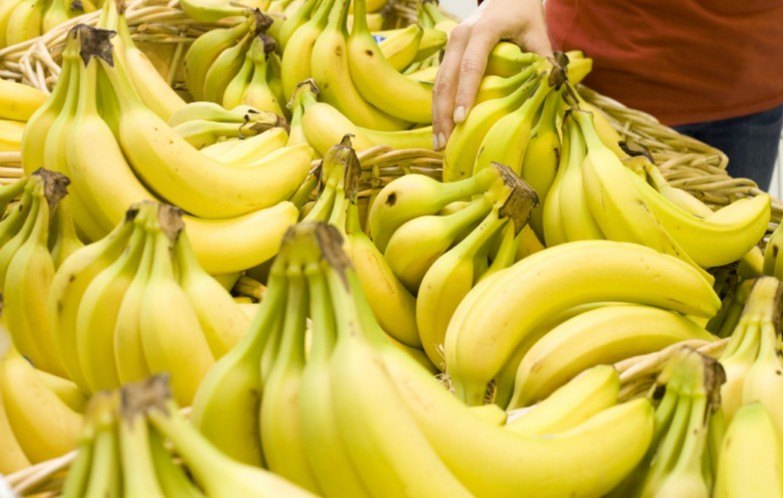 Prices of China’s bananas have finally begun to stabilise after consumption had slumped following the Mid-Autumn Festival and National Day, both of which were celebrated on October 1. Another contributory factor to the price collapse has been the poor fruit quality in some production areas. While regular operations are now being slowly resumed, there are still challenges to be overcome during this banana season. Temperature drops in some production areas has led to the fruit ripening at a slower pace and prices remain at a relatively low level. Nevertheless, there is still a vibrant market for top-quality bananas, with traders competing to purchase the best products. 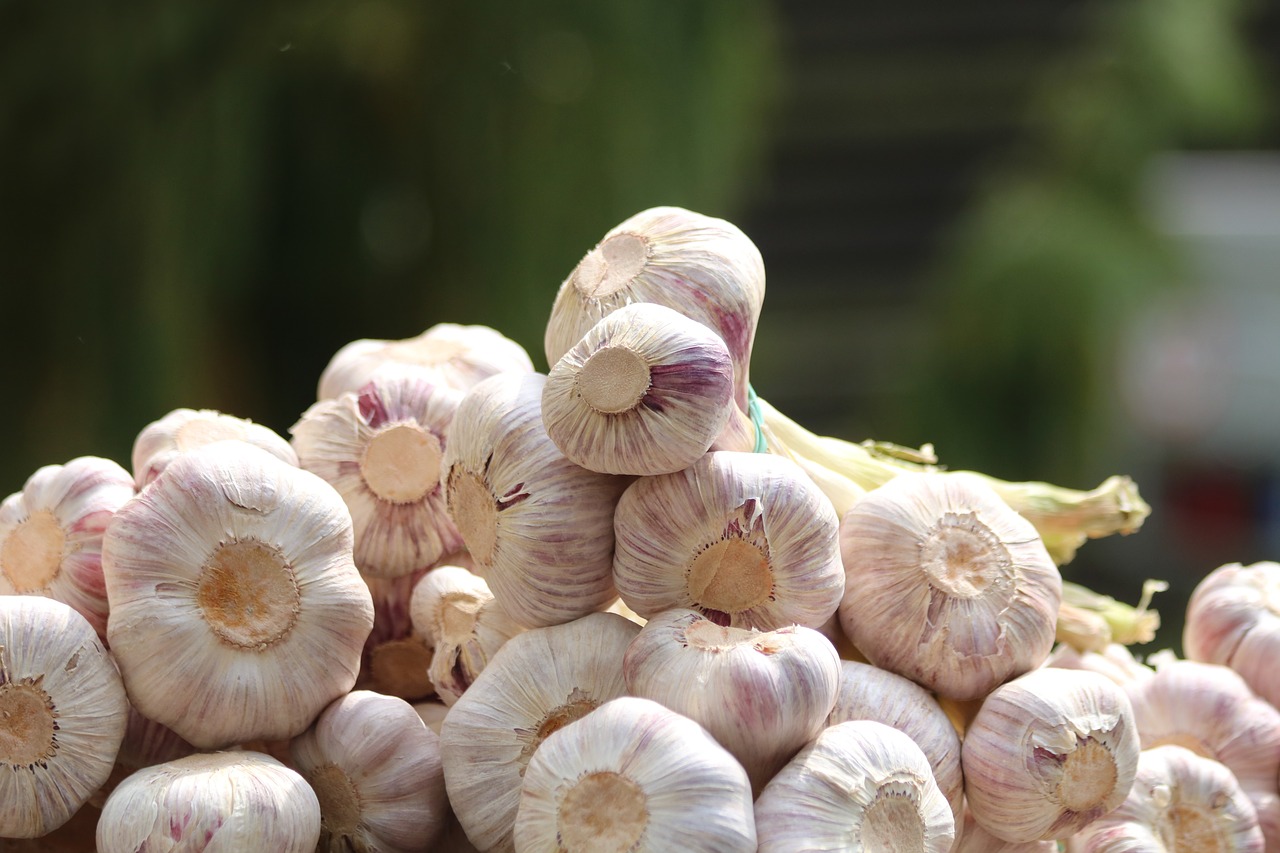 Chinese garlic prices have fallen as produce arrives on the market at the same time from warehouses and other sources. 51garlic.com reports that the price of garlic from warehouses was hit hardest and dropped significantly. Large garlic sellers gave in and slightly lowered their asking price. Visiting traders who purchase garlic from warehouses mainly work for online shops and the factories that produce processed garlic for the export market. As a result the garlic market is not very active. Buyers are hesitant and the trade volume is small.

The trade in garlic from warehouses in Jinxiang has recently expanded. Large-scale traders who previously stocked their warehouses with low-priced garlic are willing to sell their garlic. They are selling in small volumes. And the reserves in warehouses are still abundant. Garlic processing factories are entering the market too, but competition puts pressure on the price. Most of the garlic is old garlic from warehouses and the price is relatively low. 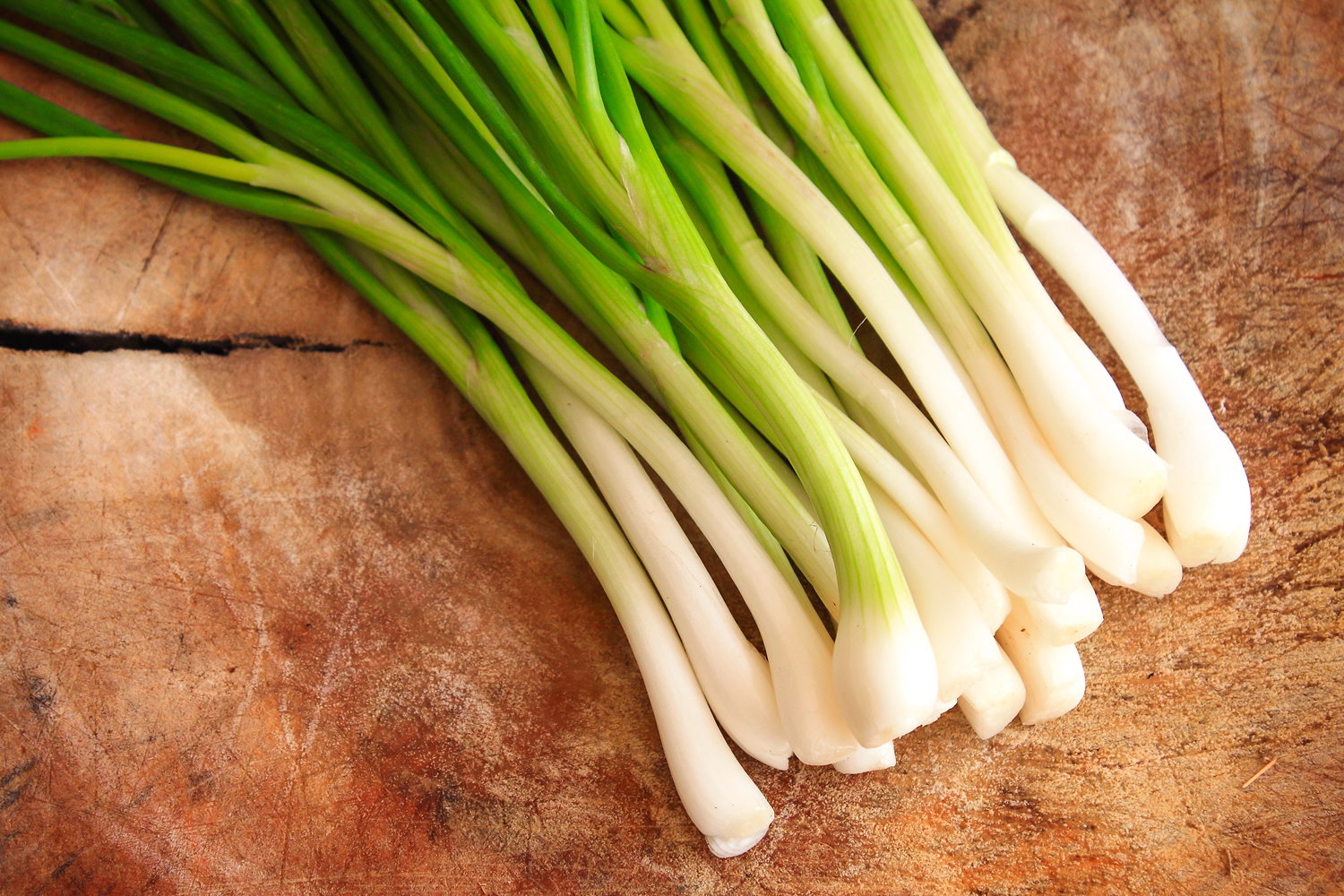 Many vegetables (not including garlic) have recorded price increases in recent weeks, particularly when local product is not yet available, and the cost of shipping from another province is high. The heavy rains this summer have also affected vegetable crops, driving prices up. 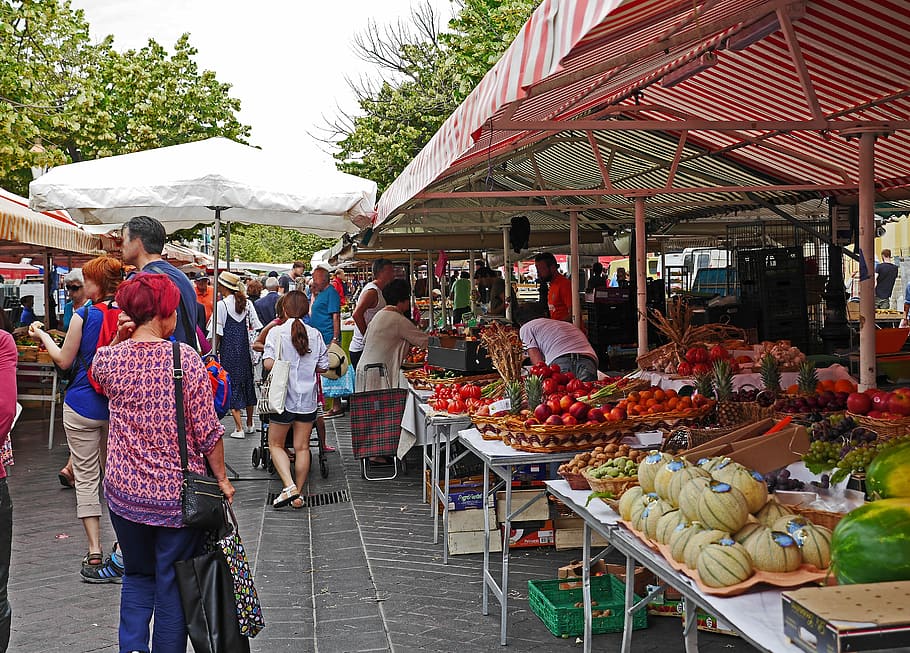 A typhoon-hit summer has driven up vegetable prices in South Korea, as the country prepares for the Chuseok festival in autumn. JoongAng Daily reports that the prices of various kinds of vegetable have risen sharply. According to Korea Price Information data, the cost of offerings to ancestors at the Chuseok festival currently stand at around US$228 at a traditional market, up 15.5% from 2019. The price rises in supermarkets is even more pronounced, with average cost of offerings going up by 24.7%. The Chuseok festival is held on 1 October and tends to be accompanied by higher prices as consumers purchase food for offerings to ancestors.

According to the Korea Agro-Fisheries and Food Trade Corporation, the price of Napa cabbage has increased by 58% in the past month and by 99% compared to the same time in 2019. The price of radishes has jumped 94% year-on-year, while the prices of watermelons, perilla chives and cherry tomatoes have risen by between 30 and 80%. As the festival draws nearer, prices are set to climb still further. 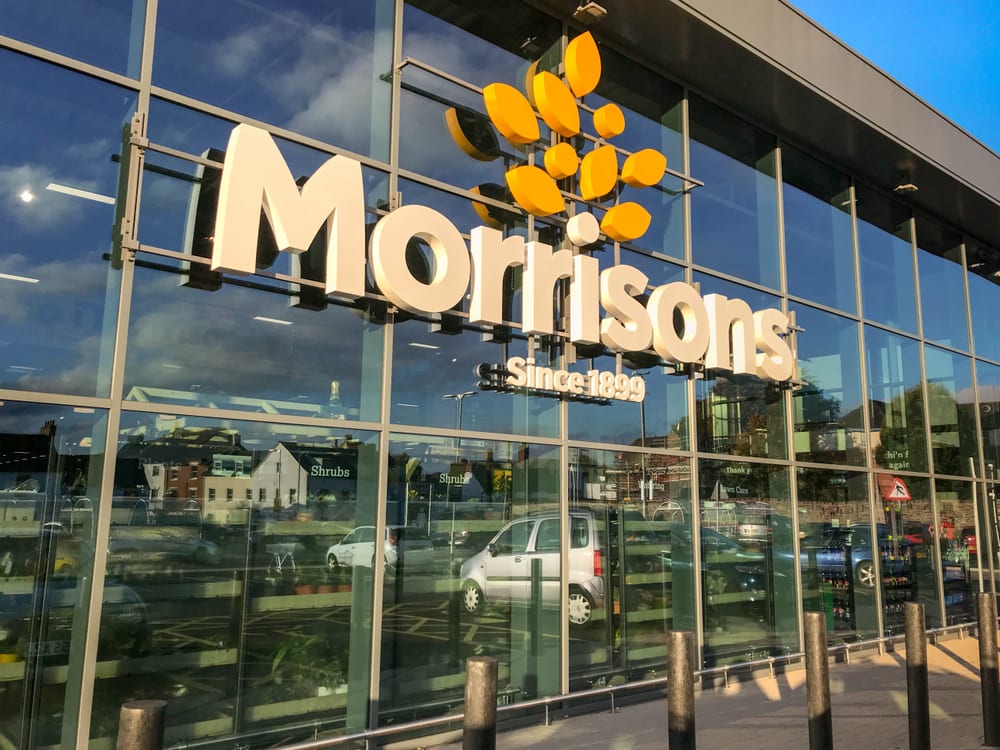 UK retailer Morrisons has given a stark warning to the country’s government and consumers to expect higher food bills if no trade deal is signed between the UK and the EU.

Speaking to The Guardian, chief executive of Morrisons, David Potts, said, “From our point of view representing British consumers we would like the government and the leaders of the country to negotiate a deal that includes no tariffs UK to Europe or Europe to the UK because tariffs do drive inflation. The warning follows Prime Minister Boris Johnson’s suggestion this week that he might be ready to tear up his own Brexit withdrawal agreement.

Morrisons, which has its own food processing and packaging plants and has direct relationships with farmers, states that although the firm is in a good position to weather the Brexit storm, as two-thirds of its products are of British origin, perishable items such as fruit and vegetables cannot be stockpiled.

The major supermarkets expect a difficult Christmas in the light of rising unemployment and economic difficulties caused by the Covid-19 pandemic. While sales at Morrisons’ stores rose by 11.1%, profits sank by a quarter to £148m in the six months to 2 August, as the supermarket was forced to keep prices low amid heavy competition while costs rose during the pandemic. Morrisons spent an additional £155 million, including £47 million in extra pay, as it hired 45,000 more staff to cope with the shift to shopping online and to cover for staff self-isolating or off sick at the height of the pandemic. A staff bonus, protective kit, and the need for more vehicles to make deliveries also added to costs, which were only partly offset by a £93m boost from the business rates holiday.

Morrisons’ profits were also hit by the shift to less-profitable online sales as it doubled orders via its website and increased capacity for home delivery fivefold via a range of services including Amazon and a new box scheme. The supermarket chain is also piloting a “dark kitchen” at its central Manchester store, from which takeaway food will be delivered by courier firm Deliveroo, with plans for two more such kitchens in the coming months.

Morrisons’ share of the online grocery market is now above 10%, up from around 6% earlier this year, although growth is slowing down from where it was at the height of the pandemic.

Category: Uncategorized
Tags: Brexit, Morrisons, prices, Retail, UK
We use cookies on our website to give you the most relevant experience by remembering your preferences and repeat visits. By clicking “Accept All”, you consent to the use of ALL the cookies. However, you may visit "Cookie Settings" to provide a controlled consent.
Cookie SettingsAccept All
Manage consent