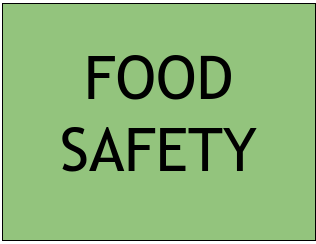 GLOBALG.A.P., the internationally trusted farm certification standards organization, and the United Fresh Produce Association gathered leading US retail chains and producers, last Thursday June 11, to debate “The Sense and Nonsense of Farm Certification”. The participation of the FDA Deputy Commissioner Michael Taylor and other government representatives indicated the high degree of concern for food safety in the US as well with supplying countries.

Taylor gave his view of the role of on-farm audits in the coming era of the landmark FSMA legislation. The participants gave very positive signals that standards harmonization and the reduction of audit duplication between buyers, producers and shippers are possible and necessary, in order to ensure food safety and reduce audit fatigue. Auditing was viewed as an opportunity for improvement and collaboration through the supply chain, rather than a cost. Furthermore, harmonization is also considered a facilitator of international trade and can help to secure other parameters like labor compliance and sustainability practices.

HPSS – The New Harmonized Standard Introduced in the US

“We are pleased to introduce to the U.S. market our new Harmonized Produce Safety Standard (HPSS) solution: HPSS is an innovation in audit standards which includes the entire pre- and post-farmgate Harmonized Standards in a single combined checklist” remarked GLOBALG.A.P. Vice President of Operations Jonathan Needham. Augmented with additional GLOBALG.A.P. control points, HPSS offers the market the first GFSI-level interpretation of the Harmonized Standards, providing an excellent food safety solution for American producers. HPSS is an evolutionary step in audit fatigue reduction for farmers, and a simple, effective tool for retailers/distributors to protect their consumers, industry partners and brands.”

“The ProduceGAPs harmonization initiative is very important for us, it is very positive that the private sector responds with food safety practices” declared GLOBALG.A.P.’s President Kristian Moeller. He suggested that the US needs to differentiate on food safety criteria, noting that his organization is aware of more than different 400 food safety standards in the world, with 160 registered at the United Nations. He added that the new Version 5 of GLOBALGAP includes both food safety and sustainability standards. “We have included on the new version the critical checkpoints from McDonalds” specifies Moeller. Reggie Brown from the Florida Tomato Exchange questioned how to achieve audit harmonization, considering the different standards of the industry and the preferences for either FDA or private sector auditors. He remarked that the US industry is generally very safe, but occasionally problems occur, and a harmonized tool is needed for audits, plus traceability to ensure food safety for all.

For Peter Hill from Alpine Fresh, HPSS is the solution for standards harmo- control worldwide nization, as it achieves both GAP and food safety goals. Alpine Fresh is looking for a single audit solution, since it is both supplying the domestic market and shipping in 9 different countries. “If you make things too complicated the farmers will find out how to get around it” noted Hill. As 50% of the produce marketed at Alpine Fresh is sourced from associated growers, there is a need to educate farmers in order to meet the GFSI specifications, the main standard required for packhouses. Kerry Bridges, Walmart food safety manager, pointed out that the adoption of GFSI is the first step requirement for all the suppliers. “We observe that the new GFSI farmers have indeed improved the level of food security”. She further noted a significant decline in food safety recall situations since the implementation of GFSI standards.

“At Costco we do not require GFSI certification, but 92% of them are certified” declared Milinda Dwyer, food safety manager at the second-largest US retailer. The chain continues to develop its own food safety protocols and does not yet accept the Harmonized Standards due to the differences in qualifications found among auditors. Jorge Hernandez, head of food safety at US Foods, the secondlargest American food distributor, urged the need for the industry to work together on a global standard in order to facilitate trade with different parts of the world.

All parties agreed on the need to enforce a better control on labor practices, both in the US and abroad. Ken Peterson from the US Department of Agriculture commented that labor requirements also help to provide s afe products, allowing workers to maintain healthy practices. Nonetheless the government audits are too limited and concern only 1-3% of the farms every year. The need for audits on social welfare is also a necessity abroad, as too many places in the world still have no labor regulations (the same applies for sustainable farming). The GRASP “add-on” of GLOBAGAP could be seen as a first “baseline” for a global solution, since the same auditor would also check the compliance with the social standards of the country. Retailers Costco and Walmart also considered social welfare a B-to-C issue, as consumers can be aware of the social practices of the country of origin via the press. Reggie Brown from Florida Tomato Exchange also noted that social dumping abroad generates unfair competition with domestic farmers. Gavin Bailey, head of social issues at Walmart, reported that more than 600 audits were conducted of their suppliers in Mexico alone last year, but this is may be insufficient. For Bailey a combination of public and private audits are necessary to track social welfare.

PE
This article appeared on page 38 of the July-August 2015 edition, number 138, of Eurofresh Distribution magazine. Read more of that edition here: https://www.eurofresh-distribution.com/magazine/138-2015-julaug

Category: Uncategorized
Tags: food safety, GLOBALG.A.P., Harmonzed Produce Safety Standard, HPSS standard
We use cookies on our website to give you the most relevant experience by remembering your preferences and repeat visits. By clicking “Accept All”, you consent to the use of ALL the cookies. However, you may visit "Cookie Settings" to provide a controlled consent.
Cookie SettingsAccept All
Manage consent