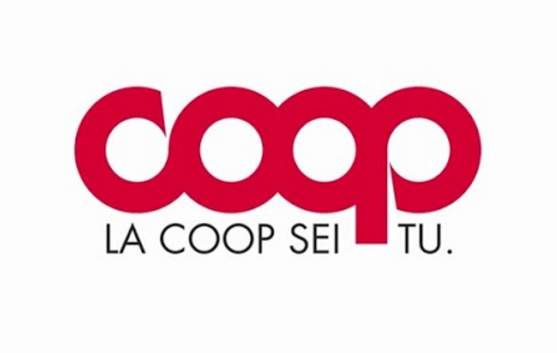 The Coop system is made up of 115 consumer cooperatives of varying sizes and geographical spread, from the biggest – such as Coop Alleanza 3.0 (the result of the recent merger between Coop Adriatica, Coop Estense and Coop Consumatori Nordest), Coop Liguria, Coop Lombardia, Novacoop, Coop Centro Italia, Unicoop Firenze, Unicoop Tirreno, Coop Sicilia and SAIT – to other smaller ones, each of them legally and operatively autonomous but all bound together by belonging to Legacoop and ANCC-Coop. As regards their purchases of food products, they all come under Coop Italia, the national buying consortium of all the Italian consumer cooperatives, created to achieve greater muscle in contracting with suppliers. Other activities are also delegated to the consortium, from store management through developing promotional activities to staff training, enabling the cooperative system to compete with the major private retailers.

Citrus from the south of Italy

Fruit and vegetables account for 70% of the total sales of Coop brand points of sale and citrus fruit comprise a very big proportion of these, 70,000 tons, with 85% grown in Italy. They are divided into five subcategories, as Claudio Mazzini, the sector chief explained: “The citrus fruit sold by Coop mainly come from Sicily, Apulia and Calabria, although 15% are imported in the offseason, particularly lemons. Oranges (50%), lemons (25%) and clementines (20%) account for almost all the fruit in this category, but the new varieties include Taclè, a cross between a nucellar Tarocco and a clementina.” Coop is also developing new premium citrus products such as Fiorfiore Washington navel oranges, Fiorfiore Tarocco oranges and Fiorfiore Amalfi lemons.

The apple sector also takes a big share, with sales of 52,000 tons, almost all Italian-grown, organised into 11 different segments. “99.3% of the apples we sell at Coop are from Italy. The main regions are Trentino-Alto Adige, Piedmont and Friuli-Venezia Giulia, which grow around 70-80% of the country’s crop,” said Claudio Mazzini. The Coop range includes Golden Delicious, Stark, Gala, Fuji, Renetta, Pinova, Pink Lady, Granny Smith, Stayman, Morgenduft/ Impero and Annurca, and new varieties such as Kanzi and Jazz are on the rise. Coop is also working to develop premium segments such as Fiorfiore Renetta apples.
The same applies to pears, with sales volumes of 16,000 tons, largely of Italian origin and divided into nine segments. Coop pears are 83% Italiangrown, mostly in Emilia-Romagna and the Veneto. “Our main segments are green Williams, Coscia, Kaiser, Decana, red Williams, other pears, summer pears and Conference pears,” said Claudio Mazzini, who confirmed that Coop is developing a Fiorfiore brand Decana pear and that Abate Rossa (red Abate) is at the trial stage but is not yet being marketed because of the limited quantities.

Tomatoes also make up an important proportion of the Coop range, with sales of 37,000 tons, largely from Italian growers, divided into 10 segments. Of the tomatoes sold by Coop, 98% are from Italy, especially Sicily, Apulia, Calabria, Campania, Emilia-Romagna, Liguria, Piedmont and Tuscany. “Only 2% are imported from the Netherlands, mainly when the Italian product is scarce in July and August,” said Mazzini. The red tomatoes include datterini (plum vine tomatoes), smooth round tomatoes, red vine tomatoes and local specialities such as ciliegino di Pachino or San Marzano. Green or salad tomatoes include oxheart, oblong green, Camone and ribbed tomatoes.

Branded fruit and vegetable products make up 22% of total sales. They total over 700 items, divided into four main lines: Coop Tutela for products that meet the Coop requirements; Vivi Verde, the organic line; Fiorfiore, the premium line; and Solidal, the fair trade line. “As well as the certificates required by current legislation, Coop brand products are certified to ISO 9001, BRC, IFS, ISO 14000 and SA 8000 and we are working towards obtaining GLOBALGAP,” said Mazzini, who confirmed that advanced integrated crop management, residue reduction, no post-harvest treatment and the eating quality standards set by the ‘frutta saporita’ (tasty fruit) project are all essential requirements.

Fairtrade certification guarantees the producer stable prices, credit facilities and long-term purchasing contracts, which are all useful tools to fight poverty and strengthen the producers’ position on local markets in the name of a better future. Fairtrade also promotes biodiversity, the variety of national crops and the value of local traditions, encouraging the spread of products with a lower social and environmental impact. In fruit and vegetables, the most sensitive segments in this area are the banana sector (almost 80% of the fair trade fruit and vegetable products), pineapples and nuts. As well as the Solidal line, Coop is involved in various projects to support developing countries. “Terra equa is a Coop pilot project to assess the agricultural excellences of countries in difficulties and contribute to their growth,” explained Claudio Mazzini. The project began in 2010 with dates from Jericho. Coop spent part of the proceeds from selling the dates on setting up the first paediatric surgery clinic in Bethlehem. The project has continued with green beans from Burkina Faso and melons from Senegal. The Senegalese melons grown in 2014 and sold in Coop supermarkets throughout Italy contributed to building a new health facility in the village of Tassette, not far from Dakar, the country’s capital. “The objective for next year is to buy instruments so that medical analyses can be carried out in the village,” Mazzini said.

Coop Italia was founded in 1967 as the central buying office for all the affiliated Italian consumer cooperatives. Nowadays it is the biggest retail operator in the country, with a total of 1,087 supermarkets, 102 hypermarkets and 1,189 points of sale of different types spread over 16 regions, 75 provinces and 744 municipal areas, only excluding Valle d’Aosta, Molise, Calabria and Sardinia, equivalent to 19% of the national market. Its turnover is €12 billion and it has over 56,000 employees. The present-day heir to the Italian tradition of consumer cooperatives, which dates back to 1854, Coop Italia combines the efficiency and vastness of the commercial offering of the main private volume distribution chains with the typical cooperative values of solidarity, mutuality and participation, subjecting all the main company policy decisions to the general assembly of the members under the “La Coop sei tu” [the Co-op is you] slogan.

Category: Uncategorized
Tags: COOP Italy, Italy, Retail
We use cookies on our website to give you the most relevant experience by remembering your preferences and repeat visits. By clicking “Accept All”, you consent to the use of ALL the cookies. However, you may visit "Cookie Settings" to provide a controlled consent.
Cookie SettingsAccept All
Manage consent