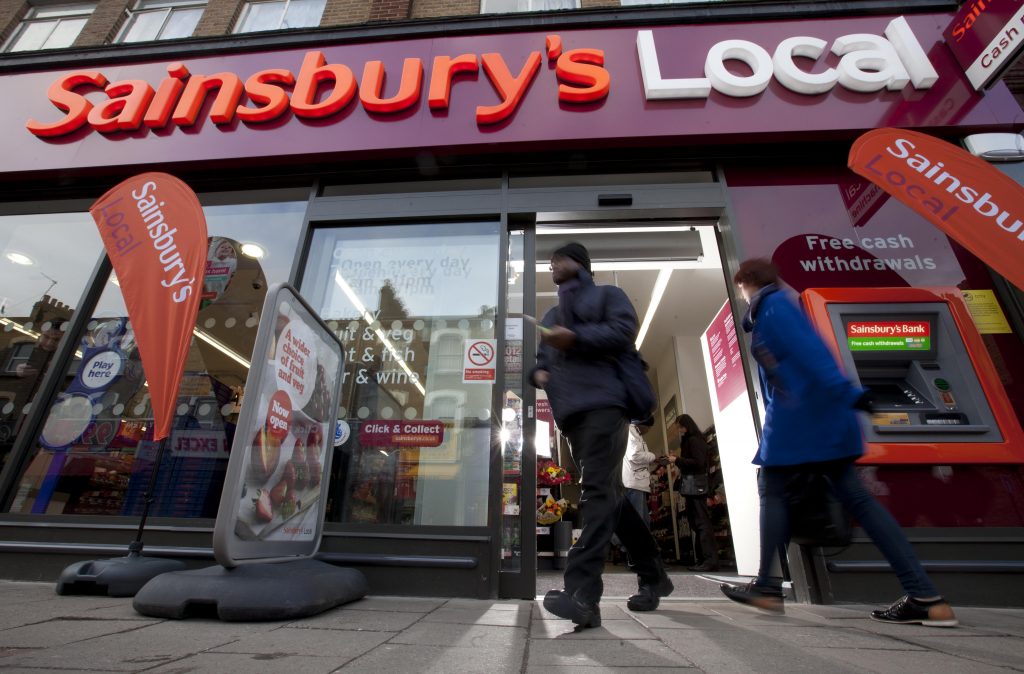 Its fourth quarter results – to March 14 – showed total retail sales were down 0.3% (excl. fuel) despite volume growth across the food business.

Third biggest in sales, behind Tesco and Wal-Mart-owned Asda, it is desperate to retain market share amid the rising dominance of German discounters Lidl and Aldi. It is currently investing £150 million (€208m) to cut more than 1,100 prices.

And Sainsbury’s CEO Mike Coupe sees more pain ahead. “We expect the market to remain challenging for the foreseeable future. Food deflation is likely to persist for the rest of this calendar year, and competitive pressures on price will continue,” he said.

But the sales dip wasn’t as bad as some expected and Planet Retail analyst David Gray said Sainsbury’s still has some strengths, “most notably in convenience where it continues to add 1-2 stores per week.” It ended the quarter with 597 supermarket and 707 convenience outlets.

Growth in convenience and online

Coupe highlighted that growth in Sainsbury’s convenience business remains strong, at 14%, and order numbers in its 18-year-old online groceries business rose at the same rate, as customers increasingly use convenience and online channels. The online business generates annual sales of £1 billion – 5% of overall turnover – and online deliveries exceed 200,000 a week. In March it opened its first Click and Collect site and by the end of the year plans to have 100.

Among a range of pledges to achieve by the year 2020, Sainsbury’s says it will double the amount of British food it sells. This means growing produce locally that would usually be sourced from abroad and demands research and development. There’s already been success with its biggest selling summer product – strawberries. Last season it sold more than 17 million punnets of British ones.

Coupe said in November that not long ago the UK season lasted 10 weeks. “Now there’s only 10 weeks of the year when you can’t get UK strawberries.” Describing the fruit as “a very emotionally engaging product,” Coupe said key factors were supplementary LED lighting, creation of exclusive varieties – 13,000 plants were crossed to get one that bears fruit from May to November – as well as intellectual property protection and one-on-one supplier relationships.

“One of the things we have changed…is making sure we’ve got our arms around the supply chains that really count in our business. And they are in…the added value fresh food areas.” Coupe said strawberries are a good example.

The fruit is now grown from Scotland to Kent and picked, packed and in-store in under 24 hours. Sainsbury’s says its strawberries consistently win taste panels. Buddy, Jubilee and Windsor are among the UK varieties it sells.