The strategically located Port of Barcelona is not only Spain’s number one in terms of the value of the goods handled, it is an engine of economic activity for southern […]
Tue 24/02/2015 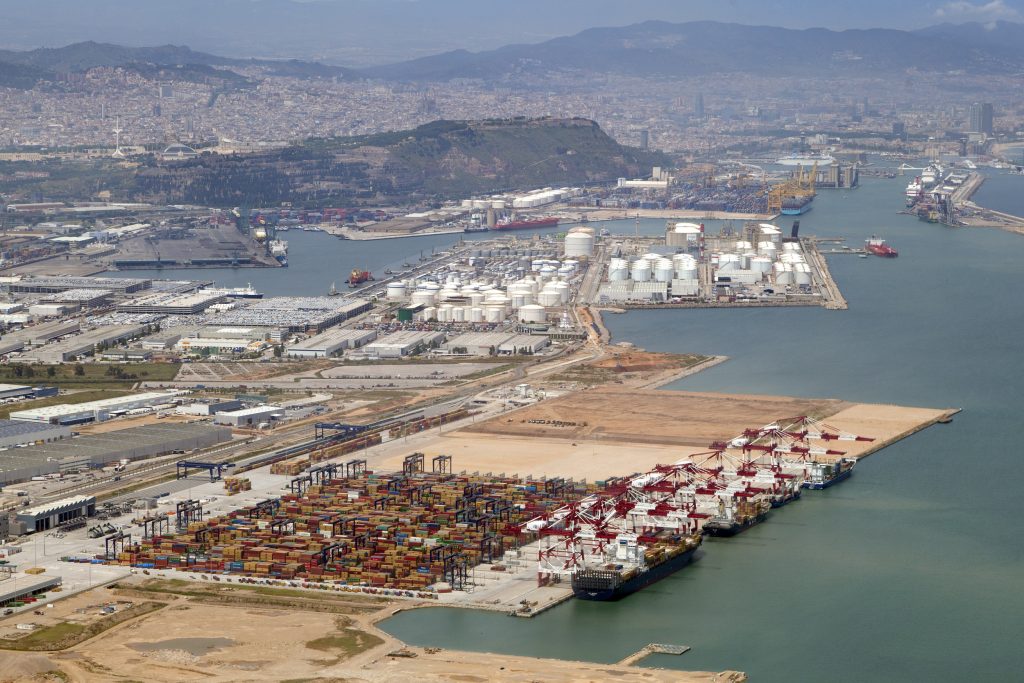 The strategically located Port of Barcelona is not only Spain’s number one in terms of the value of the goods handled, it is an engine of economic activity for southern Europe. It ranks fourth in the world for cruise ship traffic and is the Mediterranean leader in vehicle traffic.
Barcelona is also among European ports with the greatest potential for growth. Oriented towards the handling of high value added cargo, the port is now in an important growth phase marked by two key aspects: the completion of the largest expansion in its history, and the extension of its range of activities, through the enhancement of its maritime, road and rail connectivity.
“Historically, the commercial development of the Port of Barcelona was based on imports, but in recent years, driven by the local business sector, exports have increased significantly and the situation has reversed,” said Lluís París, the port’s commercial manager.
“In this context, the extension of the Barcelona container terminal (TCB) and the opening in 2012 of the Barcelona Europe South Terminal (BEST) by the Hutchison group, gave us the ability to handle a larger volume of containers and to compete with the major ports of northern Europe. In addition, we have forged alliances with logistics operators and are expanding our short sea routes, linking Spain, Italy and the Mediterranean, with services such as those provided by the Grimaldi group, the leading Italian shippers.”

The expansion more than doubled the port’s surface area to 1,300 hectares. “The docks and terminals built or enlarged in the new port allow terminal operators to handle bigger ships and largescale cargo,” París said. Furthermore, to provide better services for perishables passing through the port, the new Border Inspection Point (known in Spanish as PIF) has 31 loading docks and other features designed to streamline border control and quality standards compliance requirements.

This report appeared on p67 of edition 135 of Eurofresh Distribution magazine. Read more Logistics news in the section starting on p62.

Category: Uncategorized
Tags: Barcelona port, Logistics, Port of Barcelona
We use cookies on our website to give you the most relevant experience by remembering your preferences and repeat visits. By clicking “Accept All”, you consent to the use of ALL the cookies. However, you may visit "Cookie Settings" to provide a controlled consent.
Cookie SettingsAccept All
Manage consent