Peruvian banana exports totalled US $120 million in 2014, up 35% on the previous year, according to the Commission for the Promotion of Peruvian Exports and Tourism, PROMPERU. And organic […]
Tue 09/02/2016 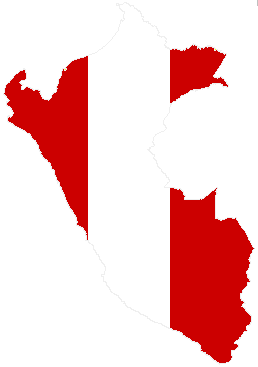 Peruvian banana exports totalled US $120 million in 2014, up 35% on the previous year, according to the Commission for the Promotion of Peruvian Exports and Tourism, PROMPERU. And organic bananas now account for 53% of all organic exports from Peru. The country has become the world’s second biggest exporter of organic bananas, logging trade worth US $73 million in the first half of 2015. Its main markets were the Netherlands with 42%, the US with 27% and Germany with 16%, followed by Belgium, Japan, Finland, South Korea, the UK, Canada and Chile. Shipments throughout the first half of 2015 were up 28% on the same period in 2014. Total certified organic production in Peru in 2014 covered 486,600 ha, around 7% of the total agricultural surface area. The supply mainly consists of bananas (26% growth), the most traded product, and mango (91%). The most important market for these products was the EU, which took 53% of total organic exports – shipped mainly to Holland (25%), Germany (15%), Belgium (6%) and Italy (3%) – followed by the US with a 33% share, as well as Canada, Estonia and Australia, and Asian countries such as South Korea and Japan.

In recent years, the global trend towards consumption of safe and healthy products has grown stronger. In keeping with this, over January– July, exports of Peruvian organic products reached US $110 million, which meant 7% growth on the same period in 2014, reports Eduardo Amorrortu, CEO of Exporters’ Association ADEX. In 2014, organic banana exports from Peru achieved turnover up 50% on 2013. Amorrortu highlighted a notable change in consumer patterns. “Today there are consumers willing to pay an additional price for these items, which is reason enough to develop and encourage special differentiation strategies.” He also added that opening up and accessing new markets is a dynamic process, driving stakeholders to continually enhance their competitive edge.

Category: Uncategorized
Tags: bananas, Eduardo Amorrortu, Organic, Peru
We use cookies on our website to give you the most relevant experience by remembering your preferences and repeat visits. By clicking “Accept All”, you consent to the use of ALL the cookies. However, you may visit "Cookie Settings" to provide a controlled consent.
Cookie SettingsAccept All
Manage consent