© Agripolis   Paris is to set up an urban farm on its perimeter to supply residents with one ton of food per day. As weforum.org reports, the Paris Expo […]
Mon 03/02/2020 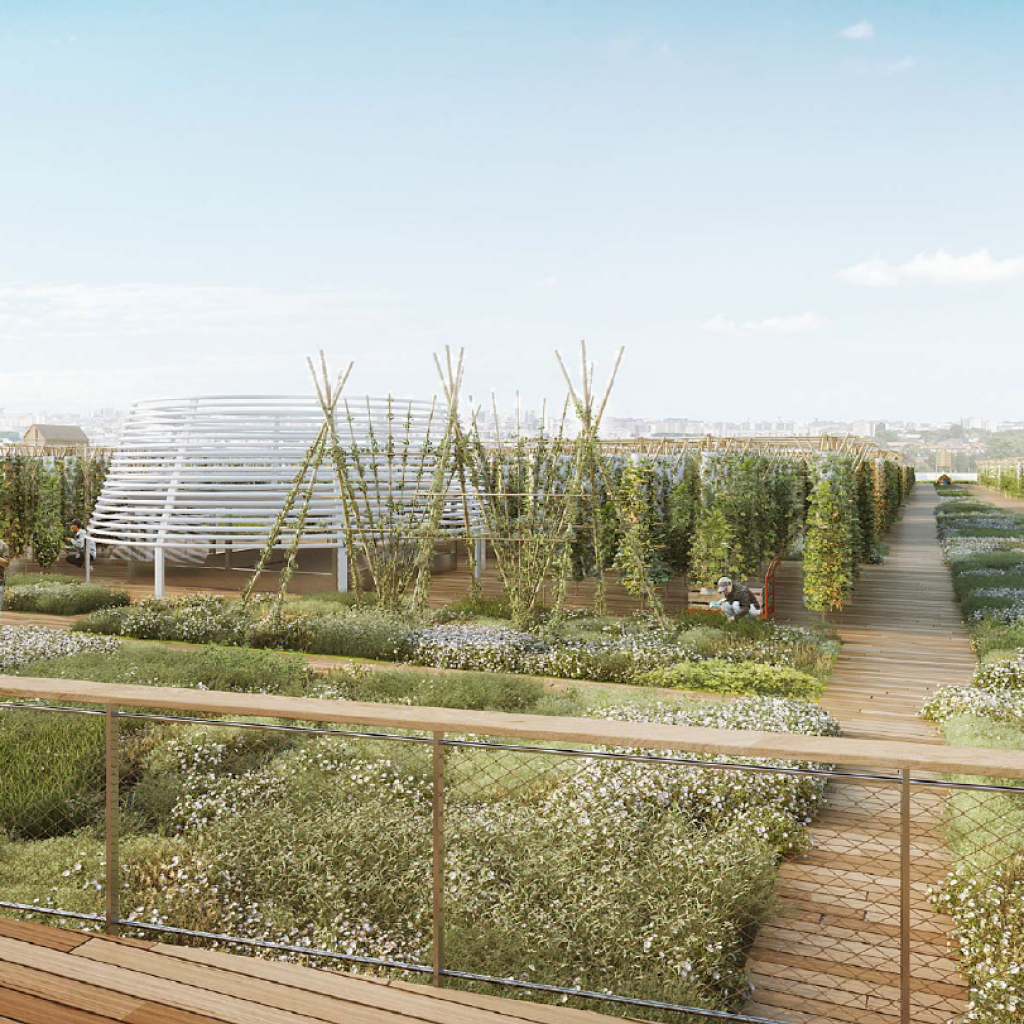 Paris is to set up an urban farm on its perimeter to supply residents with one ton of food per day. As weforum.org reports, the Paris Expo Porte de Versailles, which is currently under renovation, is set to become the location of the world’s largest urban rooftop farm as of next year. Covering an area of 14,000 m², it will be planted with around 30 different species, grown in columns without soil and fed with nutrient-rich solutions and rainwater. This aeroponic method requires little water consumption and allows large numbers of plants to be grown in a small area.

Visitors will be able to purchase produce, which will also be available for tasting in the rooftop restaurant. The farm will host educational tours and citizens will be able to rent spaces to grow their own crops.

Agripolis, the company behind the farm, already runs other rooftop farms around France. Speaking to The Guardian, founder, Pascal Hardy, said, “Our vision is a city in which flat roofs and abandoned surfaces are covered with these new growing systems. Each will contribute directly to feeding urban residents who today represent the bulk of the world’s population.”

Category: Uncategorized
Tags: Agripolis, France, French, French initiative, French market, Paris, rooftop, rooftop farm, urban farming, urban rooftop farm
We use cookies on our website to give you the most relevant experience by remembering your preferences and repeat visits. By clicking “Accept All”, you consent to the use of ALL the cookies. However, you may visit "Cookie Settings" to provide a controlled consent.
Cookie SettingsAccept All
Manage consent