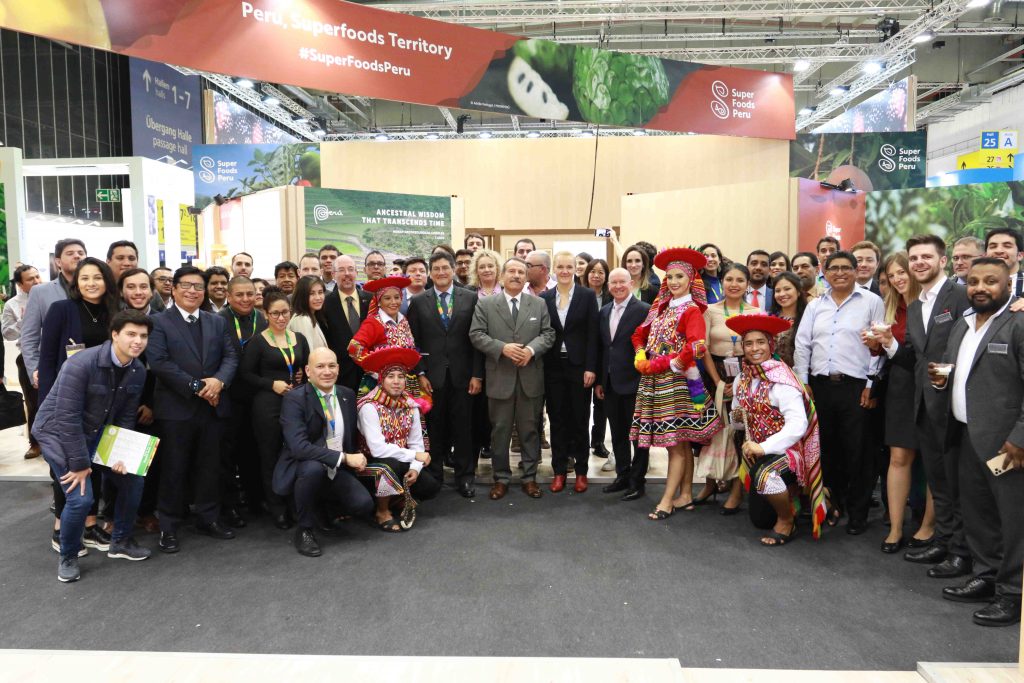 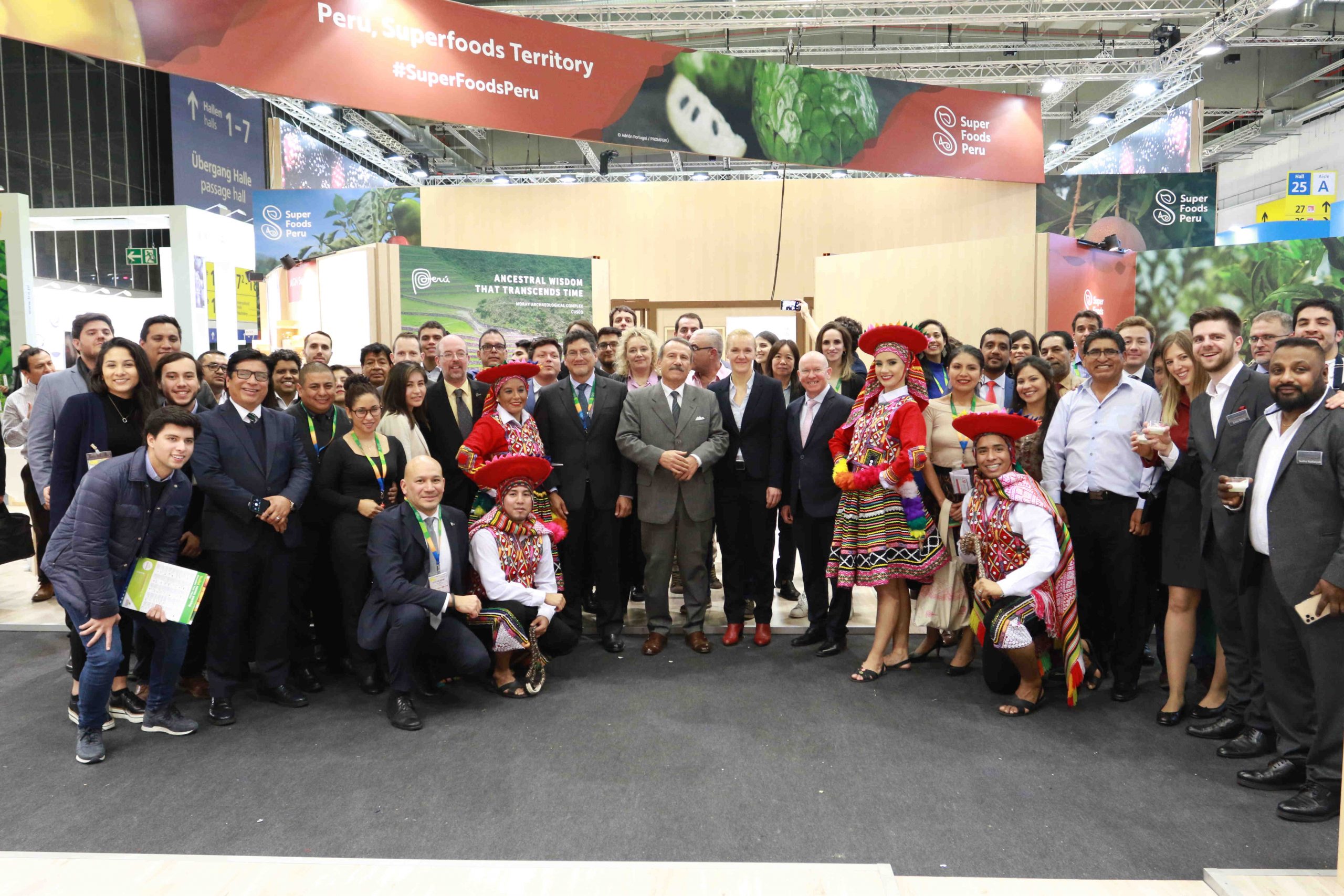 • Over the three days of the Fruit Logistica trade fair, 400 Peruvian companies firmed up 1,200 trade deals.

• The Peruvian drive to promote its agri-food products will continue at Biofach 2020, the European organic food trade fair.

Some 400 Peruvian companies managed to close business deals amounting to USD$300 million during Fruit Logistica 2020, a record figure for the country at the world’s most important fruit and vegetable trade fair, noted the Commission for the Promotion of Peru for Exports and Tourism (PROMPERÚ).

Between 5 and 7 February, the city of Berlin was the host of the leading event for the fresh produce sector; this year, it welcomed the biggest-ever Peruvian delegation, which managed to achieve 1,200 business contacts, with particularly important interactions between businesses and international buyers.

The delegation representatives, headed by PROMPERÚ, rated the Peruvian participation as extremely positive, primarily because the agri-food sector is recognized Europe-wide as one of the country’s main economic drivers and makes strenuous efforts to promote its products in the Old Continent.

THE PERUVIAN PAVILION IN BERLIN

Housed within the natural charms of the archaeological complex of Moray, our products were showcased to international buyers who were able to corroborate that Peru is synonymous with quality assurance in production as well as being both socially and environmentally responsible, complying with the very highest health and hygiene standards.

In this respect, part of Peru’s offering at Fruit Logistica 2020 was made up of avocados, cranberries, mangos, citrus fruits, turmeric, asparagus, bananas, pineapples, kion (ginger), passion fruit, grenadines, berries and Amazonian fruit, among others.
In the last few years, Peru has been a growing source of avocados, a product that is very well-established in European markets, to the point that our country is now seen as a point of reference in this product. This rise in demand has also been reflected in the case of Peruvian cranberries.

The PROMPERÚ office in Germany revealed that the next wave of exports to Europe will consist of grenadines, dates and figs, while maintaining consolidated growth in shipments of asparagus, grapes and mangos. The organization is also working to ensure an increase in the offering of produce such as passion fruit, turmeric and ginger in Europe.

This week, Peru will continue its promotional drive in European markets by attending Biofach 2020, the world’s leading organic food trade fair. The Peruvian stand will encompass some 30 companies in an area of more than 400 m2.

Germany is the biggest consumer market in the European Union, with more than 80 million people; as a strong market with considerable purchasing power, it is one of Peru’s priority export destinations worldwide.