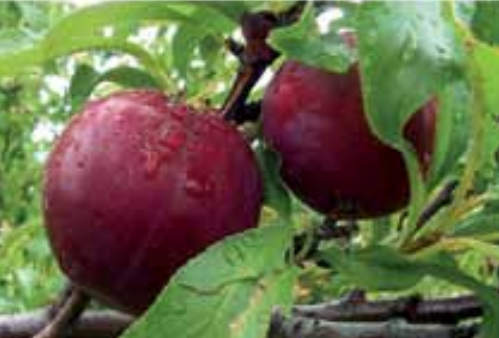 Winds of change are blowing around Naturcrex. Major investments, new business strategies and a renewed professional team are some of the key elements in the new phase the company is going through. Looking for ways to give a better return to growers, Extremadura’s main fruit cooperative hopes to achieve a much more direct relationship with the retail sector. To this end, its main strategy will consist of promoting the use of its Crex brand on supermarket shelves. Managing director Salvador Álvarez said Crex has a long track record.

“Major retailers have been aware of us for years; they know that our supply is high quality and our service highly efficient. We want to supply them directly and to this end, we’ve made significant investments that will enable us to have a new sales team, the best cutting-edge technology and a bigger infrastructure.”

In this sense, Álvarez confirmed that more than €600,000 will be set aside for remodelling the cool chambers in Naturcrex’s Extremadura facility, with a 1 million kg capacity. This renewal will serve to supplement foreign destinations with greater volumes and increase storage capacity, thus avoiding saturating the markets when other producing regions come into play. Profitability and competitive edge will be the keys to ensuring better returns for the producer. So, a new team joins Naturcrex, with the aim of modernising production processes to allow the company to move on from being a farming cooperative to finally become a true industry.

“When a company has been in business for as long as ours, after 60 years, it needs to renew itself and adapt to new situations in order to survive. This is the arduous task ahead of us,” Álvarez said.

He also revealed that among the new features for this year, as of June, a programme for garlic will be added that is produced 100% in Spain, cultivated in Andalusia, mainly for markets in North America and the Arab Emirates. With 200 members, 1,500 ha in full production and processing centres in 3 regions (Extremadura, Andalusia and Murcia), Naturcrex is one of Spain’s biggest stone fruit cooperatives. Its trading volumes are roughly 35 million kg: half in plum and the other half in a wide range of stone fruits including peaches, apricots, flat peaches and nectarines. With extensive experience in long-distance exports, the prestige and quality of its fruit is known in every continent of the world from Europe to America, and in Asia, the Middle East and Africa.