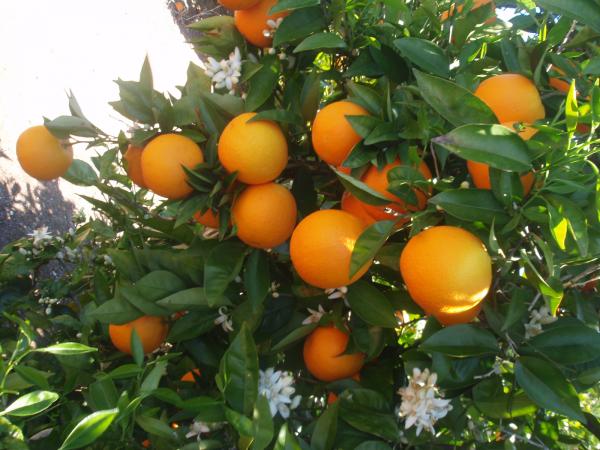 The total planted area of Israeli citrus production in MY 2017/18 is 18,800 ha, which is a 0.5% down from MY 2016/17. Of this area, 21% is occupied by orange trees, with production increasing by 11% to 90,000 tons over MY 2016/17. Compared with previous years, Israeli oranges are not so attractive on the international markets, with the bulk of production finding its way to the local market and to the domestic processing industry, only 5.7% was exported last year.

Mandarin/Tangerine production is expected to reach 265,000 tons in MY 2017/18, an increase of 9% from 2016/17, with the further maturation of orchards that came into production in recent years. Israel grows more than 15 varieties of mandarin/tangerines, but most growers are now switching to Or over other varieties due to the high consumer demand, accounting for 55% of total exports of all Israeli citrus.

Israel’s exports of citrus in MY 2017/18 are expected to reach 213,000 tons, up 12.6% from 2016/17. Better climatic conditions and new plots that recently reached maturity are the main drivers of this increase. Though exports of grapefruit and lemons/limes are expected to remain stable, easy peeler mandarins and tangerines are forecast to increase by 16.7%, to a record 140,000 tons. In 2016/17, Israel benefited from the low supplies of its competitors, mainly Morocco and Spain, from February to the end of the season. The Russian market bucked the trend, with shipments there falling mainly due to the fact that it is more price sensitive than quality-oriented. Also, a high volume of low-cost Turkish product displaced Israeli shipments. Whereas 5 years ago, Israel’s citrus exports to Russia and Ukraine accounted for 26% of its total citrus exports, this year it constituted only 11%.

In recent years, Israel has developed more distant markets, such as North America, Japan, China, and South Korea as they are more valuable. This year Israel’s exports, to these destinations were of 40,000 tons compared to 28,500 tons in 2015/16 and exports to these markets are set to grow in the future.