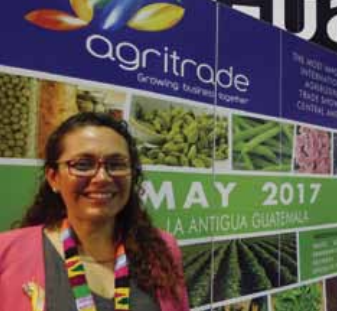 In data provided by the Guatemalan Export Association (AGEXPORT), in 2015 shipments of these two items accounted for 13% of total Guatemalan foreign sales, a figure equivalent to US $ 1,372,000. Some 97% of fruit and vegetable exports were shipped to the United States, El Salvador, the UK, the Netherlands, Turkey, Italy, Japan and South Korea, according to the Central Bank of Guatemala.

Looking at the figures more closely, shipments to the tune of US $ 78.427 million were exported to Europe in 2015, with 6% of total fruit (60%) and vegetable (40%) sales. The main markets for fruits were: Italy, the United Kingdom and the Netherlands, where 74.3% of the products were sold, while 95% of vegetable shipments were exported to the UK, the Netherlands and Belgium. In fruits, fresh or dried bananas and forest fruits as well as other frozen fruits, shelled macadamia nuts, melons, watermelons and papayas were the main products exported. Meanwhile in vegetables, fresh or chilled peas, fresh beans, peppers and broccoli are among the top sellers.

The European market is an excellent recipient for exports from Guatemala, and the Association Agreement has strengthened the relationship and points to new investment opportunities for exporting to the European Union. Fruits have the best advantage, as some of them are not grown in Europe and Guatemala can meet the demand when there is no harvest in the European Union.