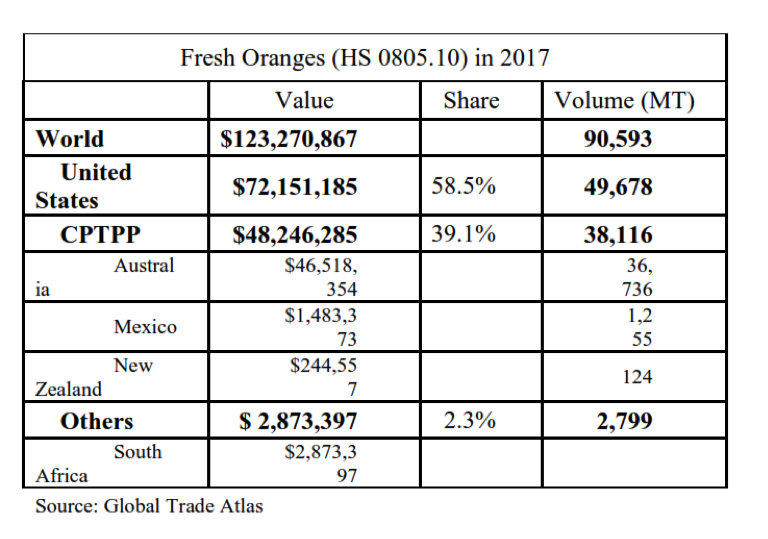 A new free trade agreement between Japan and members of the Comprehensive and Progressive Trans-Pacific Partnership (CPTPP), as well as an economic partnership agreement soon to be sealed between Japan and the EU, will generate increased competition between the world’s exporters for shares of Japan’s fruit market. This could be felt most strongly by Australia’s and Chile’s fresh orange and grape producers. In 2017, Japan imported approximately US$2.55 billion of fresh fruit products, of which 19.5% was from the United States. In 2017, the CPTPP members (led by New Zealand, Mexico and Chile) were the leading suppliers of fruit to Japan, with 32.7% (US$834 million), followed by the Philippines with 31.7%. EU members contributed just 0.8% of fruit imports in 2017. However, with the Japan-EU agreement perhaps entering into force as early as 2019, market competition will increase for US producers.