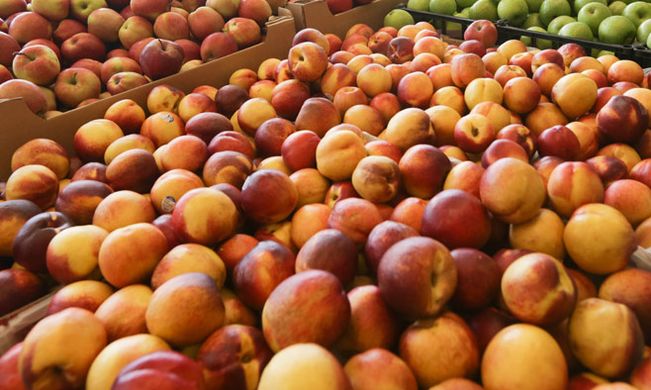 The EU’s peach and nectarine crop for 2018/19 is estimated to fall by 12% to 3.5 million tons. This is a result of unfavourable weather conditions leading to lower production in most major producing countries, where the winter was long and cold and the spring was rainy. The area planted is expected to remain stable in 2018/19 at around 228,000 ha. The lower supply is expected to trigger a drop in consumption of fresh peaches and nectarines to 2.6 million tons in 2018/19, while processed fruit should fall to 711,000 tons.

In the first half of 2018, EU imports of peaches and nectarines rose 23% on the back of increased imports from Chile and Turkey and are likely to increase further given the lower production forecasts in the EU. In 2017/18, the EU imported 27,100 tons of peaches and nectarines, which was 13% less than the previous year, due to decreased production in South Africa, Chile and Morocco.

Although the EU is a net exporter of peaches and nectarines, during the first half of 2018, the region’s exports dropped 37% due to lower production forecasts in 2018/19. In 2017/18, these exports were worth US$180 million, which represented a 10% increase on the previous year, with volumes reaching 251,000 tons. The main destination for EU peaches and nectarines in 2017/18 was Belarus followed by Switzerland and Ukraine.

Following the Russian government’s ban on a range of agricultural and food products, including stone fruit, from the US, the EU, Canada, Australia, and Norway, EU peach and nectarine exports to Russia have dropped almost to zero.