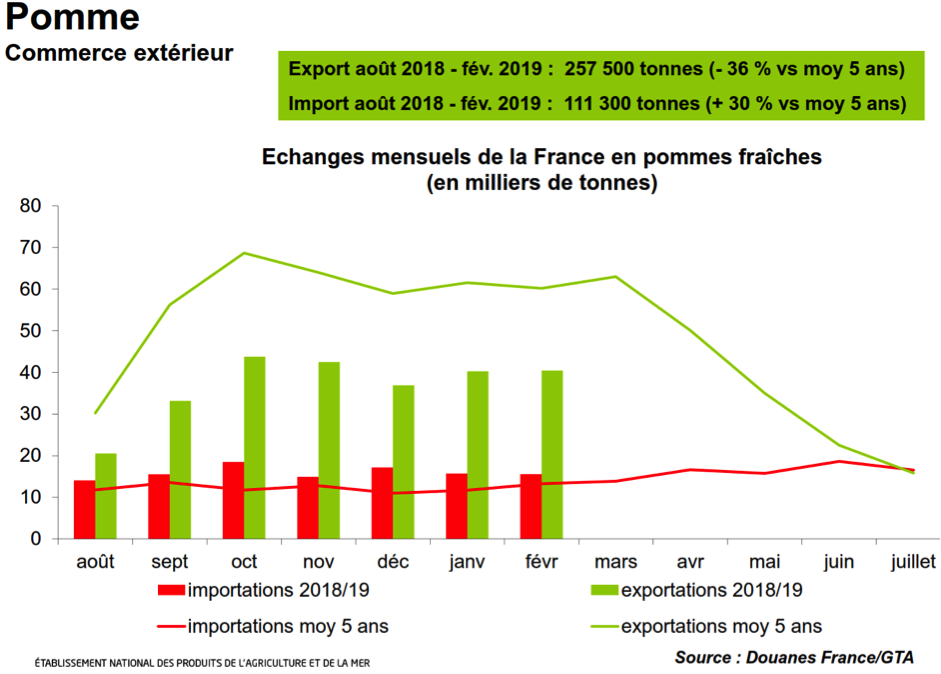 France’s apple exports for the August 2018-February 2019 period totalled 257,500 tons – 36% lower than the five-year average. Meanwhile, imports were 30% above the five-year average, totalling 111,300 tons. Total French apple production reached 1.465 million tons. Both imports and exports reached their peak in October. France is still some way behind Poland and Italy in terms of production volumes. Official data regarding the Polish crop is still unconfirmed, while Italy’s production reached 2.45 million tons. Germany produced 1.2 million tons of apples, while Spanish production was 563,000 tons.