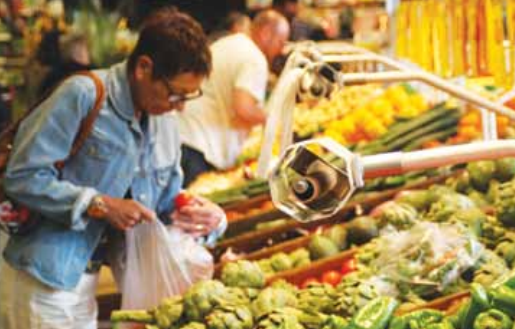 The stable volumes of fruit and vegetable purchases in the past 10 years mask large variations by species and a sharp rise in retail prices.

These are the main lessons to be learnt from the CTIFL report and Kantar Worldpanel data, which monitor the purchases of 12,000 representative French households.

In 2015, French households purchased an average of 166 kg of fruit and vegetables (excluding potatoes and fresh-cut) compared to 170 kg in 2005. By volume, more fruit are bought than vegetables (84 kg and 81 kg respectively).

While households are consuming slightly less fruit and vegetables on average than 10 years ago, household size has fallen over this period. In fact, the overall consumption of French households as a whole has grown by 6% during the 2005-2015 period.

“This phenomenon is explained by renewed interest in shopping locally and a certain disaffection with very large retail stores,” said Christian Hutin of Ctifl, author of the report on the panel data for Infos Ctif.

Exotic fruit have the wind in their sails

Over the past 10 years the price of fruit and vegetables has risen by 20%. The climb was moderate up to 2010 and has accelerated since then.

“The result is that household spending is higher for the same proportion of fruit and vegetables,” said Christian Hutin.

Within each category, however, volumes vary considerably for different products (see box). This is also the case for vegetables, with a downward trend for fresh vegetables and a 7% rise in fresh-cut vegetable purchase volumes.

This article appeared in edition 146 of Eurofresh Distribution magazine. Read more from that edition online here.