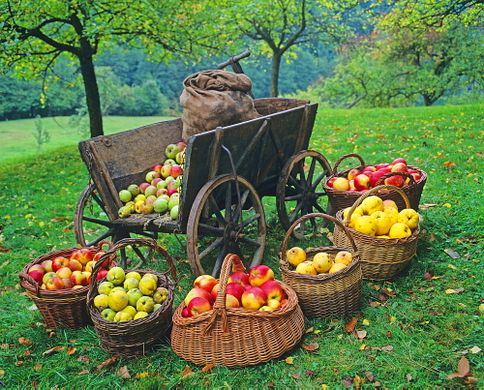 While other crops have struggled in Europe’s unusually hot and dry summer, apples and pears have coped well. The total EU apple harvest is forecast to be a record-breaking 12.6 million tons, just pipping 2014’s figure of 12.56 million tons and more than one-third up on last year’s crop, which in many EU countries was hit by late frosts.

Poland has been the big story in European apple production in recent years, and is the continent’s largest apple supplier. In fact, volumes are now 72% above average production figures for 2009-13. Growers in the Netherlands have responded to Poland’s rise by shifting production to pears. In comparison, UK apple production is holding its ground — up 8% on the 2009-13 average and 6.8% up on last year.  However, due to the low 2017 crop, there are no fruit stocks left in Europe and no fresh fruit for consumers or apple concentrate.

When considering the world market situation, other factors need to be considered. China has reported a crop reduction of around 12 million tons, which is roughly the equivalent of the entire European crop. This year’s early-season weather problems led to a 28% fall in output, far worse in volume terms than Europe’s bad 2017 season.

Exports from the world’s second-largest producer, the US, are likely to be impacted by trade restrictions, with India now imposing 75% duty on imports of US apples. Similar steps have been taken by China and Mexico, while all three markets now have trade agreements with Polish suppliers, suggesting this will absorb any surplus on the European market.

The lack of cold nights has left the European crop a little “pale”, which may present issues in meeting retailers’ specifications. However, warm, sunny days should have boosted sugar levels.

In the UK, the nights were cooler, which combined with high sunshine levels at key times of the season has benefitted both colour and flavour, making what should be the “tastiest British apples” this century. Nevertheless, the lack of rain coupled with a late spring mean 2018 is unlikely to be a bumper British apple crop.

In terms of varieties, Bramley volumes are up 3%, while Cox continues its downward trajectory with a 4% fall. In the EU overall, Braeburn is forecast to be up 5% on the three-year average, Fuji up 7% and Gala up 10%. The EU’s most widely grown variety, Golden Delicious, is also expected to be up 3% on the three-year average. Meanwhile, “Other new varieties” will be up 47%, but still only account for 4% of the total.