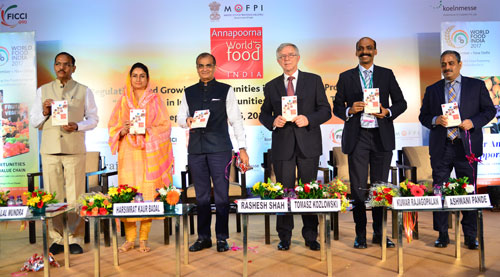 Boom in EU exports to India

The European Fresh Produce Association – represented the continent’s fruit and vegetable producers at the European Pavilion of the World of Food fair in Mumbai, India, held between 14th and 16th September. Thanks to its burgeoning middle-class, India is becoming an ever more attractive destination for European exports of fruit and vegetables. Freshfel’s general delegate Philippe Binard said,

“The fair is a great possibility to present the high quality and broad range of European fruit and vegetables to a growing Indian export market!”

Indeed, the past decade has seen the Indian market opening up to European exports, with total EU-28 exports to the country soaring from approximately 1,000 tons in 2006 to 41,000 tons in 2016, reaching a market value of €35 million. For now, Italian products are the EU’s chief ambassadors in India, accounting for 50% of Europe’s fruit and vegetable exports to the country. But, last year, following lengthy negotiations, Poland and Spain concluded protocols that allow the countries’ producers to export apples to India. They join Belgium, Greece and France, who in recent times have also commenced direct trade with India, where the most popular commodity is currently the apple, followed by kiwis and stone fruit. 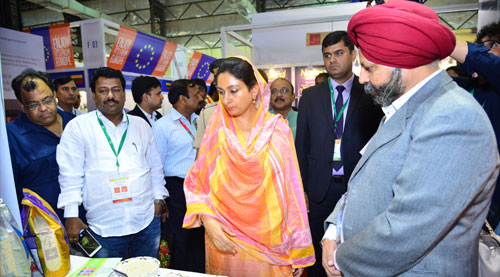 Understanding India’s unique distribution networks
With a delegation based in Delhi, Freshfel assists European exporters wishing to gain access to what can be a challenging market at times. Having a prominent presence at Annapoorna World of Food India is of great strategic importance representing as it does the most important international sourcing fair for the food and beverage trade, the catering industry, and the retail sector both in India and its neighbouring countries. European producer organisations and companies were invited to take part in the fair’s European Pavilion in order to establish direct contacts with Indian customers and learn about India’s unique distribution structures. Although supermarket chains are now expanding throughout the subcontinent, a lot of produce is still sold in markets, in stands and in small shops. Another issue exporters need to deal with is the country’s high trade tariffs on fresh produce, particularly on garlic, which can make exporting there unprofitable. However, it will be music to the ears of European producers the news that India is phasing out methyl bromide fumigation, which is illegal in Europe.