© Interfel
French fruit and vegetables were promoted at Gulfood Dubai.

© Messe Berlin GmbH
At Fruit Logistica, exhibitors reported a slow-down of the French market since December 2021. 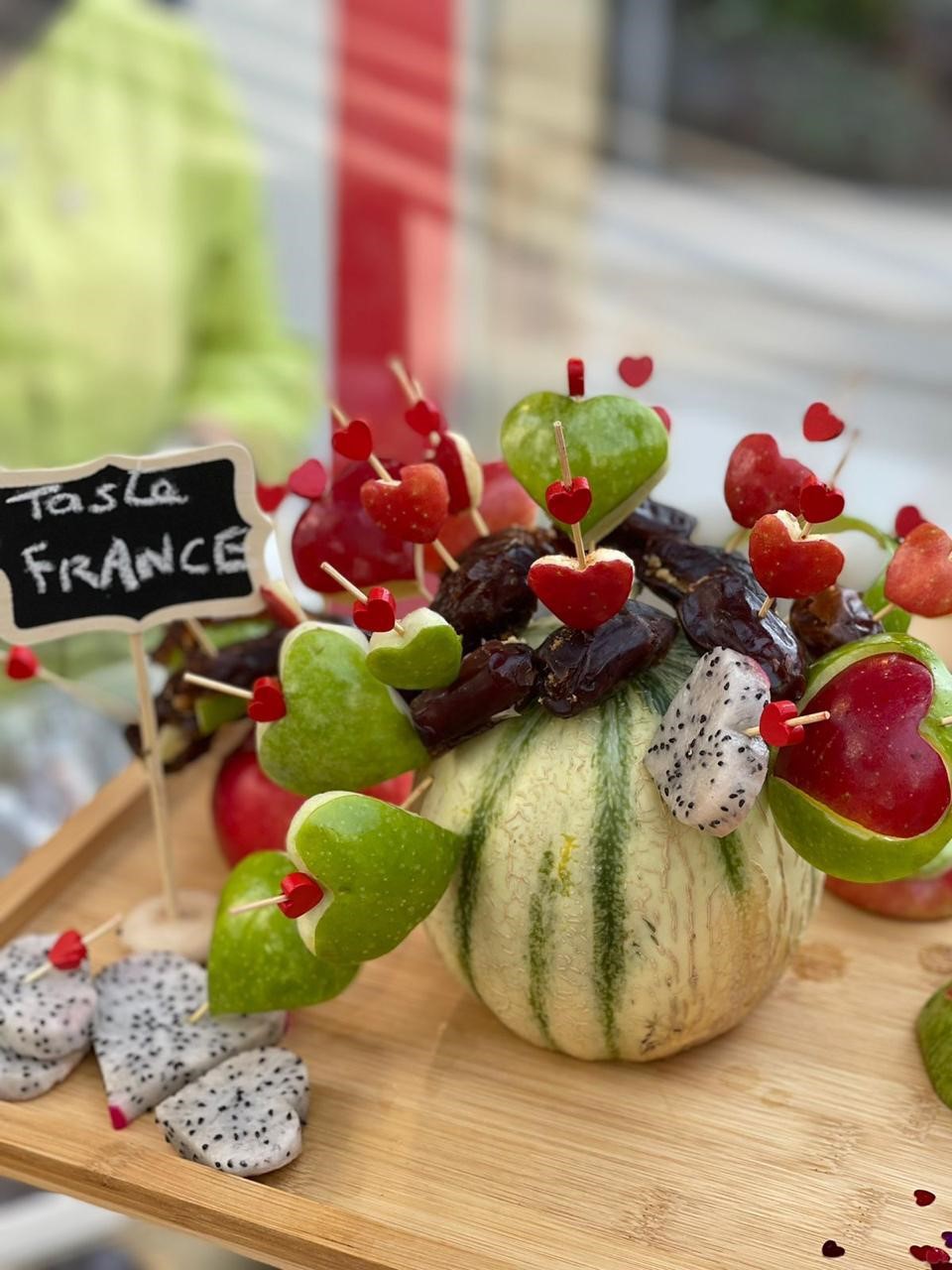 French fruit and vegetables were promoted at Gulfood Dubai. 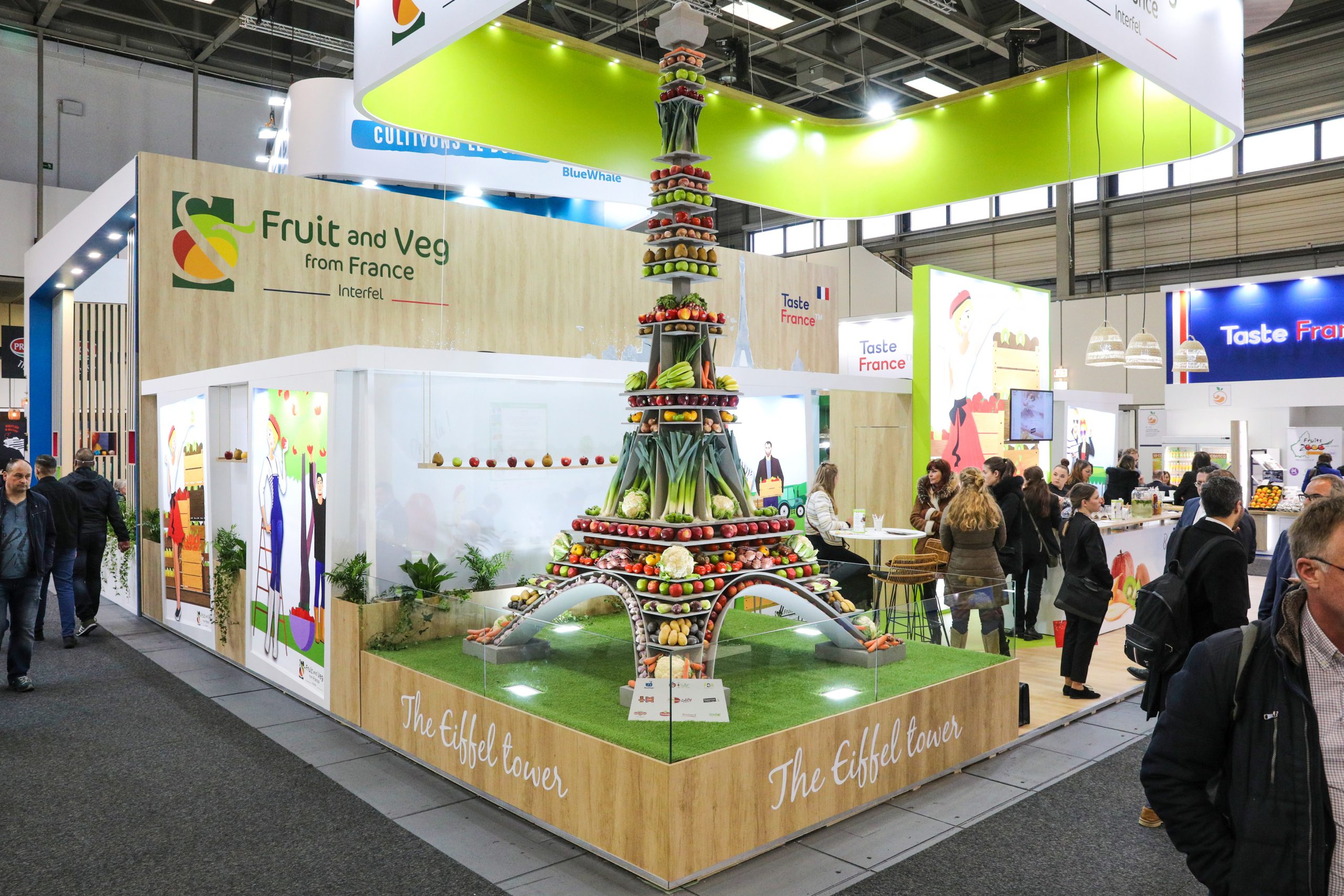 At Fruit Logistica, exhibitors reported a slow-down of the French market since December 2021.

The heavy frosts of last April and the various pandemic restrictions affected consumer habits in 2021. Although consumption is almost back to normal in restaurants, it’s still down by about 10% in company canteens due to new home-office trends. Higher inflation and logistical difficulties associated with imports have also contributed to the drop in consumption.

French consumption remained largely stable until September, except for a 10% fall in May and June due to spring frost damage to fruit. The mild autumn slowed the switch to consuming winter products, and consumption was further dampened by soaring energy prices, which continue to affect consumer purchasing power. The fall in fresh produce consumption during the last quarter of 2021 (compared to the same period in 2020) is also explained by the fact that in 2020, restrictions were still in place to combat the second wave of Covid-19, which stimulated consumption of fresh produce in the home. Nevertheless, purchasing levels in October and November 2021 were still 4% and 8%, respectively, lower than in the same months of 2019. Another trend identified by Kantar is a kind of “cooking fatigue”, which has driven a switch to prepared products.

Based on a study by AgriMer and Interfel into “zero-residue” and “grown without pesticides” labelling, it was revealed that the labels are intended to respond to a need for “reassurance” regarding fresh fruit and vegetables and their risk of containing residues. Consumers were found to be ready to pay €0.10-0.30 more per kilo for such products, which is close to the price levels of the organic segment. Nonetheless, there are still very few zero-residue options for consumers, with tomatoes constituting the main category.

With consumption plummeting by 11% in 2021 compared to 2020, organics was the segment hardest hit by the overall slowdown in fresh produce consumption. For the first time, demand was flat among the middle class, after several years of growth. Several factors may explain this phenomenon: a lack of product availability due to weather conditions in France, consumers wishing to combine organic and local products more than before, and, for some categories, a lack of correlation between supply and demand. For the first time, Interfel is to allocate a specific budget for promoting organic F&V, with a €100,000 fund set up to support the campaigns of the French Bio Agency.

The volumes of imported fruit and vegetables at the market between October 1 and February 20 remained stable at around 645,277 tons, while average prices increased by around 10% compared to the previous year. Spanish imports were down 11% in volume but were up 13% in value, while Moroccan imports increased by 15% in volume and 5% in value.