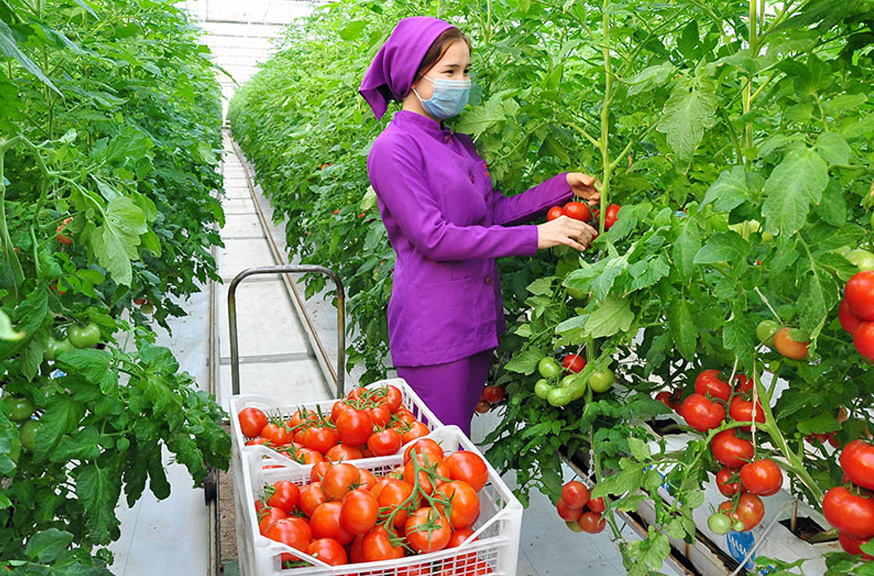 Turkmenistan is rapidly becoming a leading supplier of greenhouse tomatoes to Russia. According to a report by Eastfruit, in the first eight months of 2021, Turkmenistan exported 32,000 tons of greenhouse tomatoes to the Russian market, up 92% from 2020. Meanwhile, neighbouring Uzbekistan sent 37,400 tons to Russia, an increase of 55% from 2020. The rise of the Central Asians could come at a cost to Turkey, which saw its tomatoes exports to Russia slip by 2% between 2020 and 2021.

Andriy Yarmak, an economist at the UN FAO, suggests that Uzbekistan’s position as the leading supplier to Russia may be under serious threat, given the energy demands for heating greenhouses over the winter.

“Considering the growth rate of supply volumes, as well as the situation with gas prices and gas supply to greenhouse plants in Uzbekistan and Turkmenistan, we do not exclude that Turkmenistan will overtake Uzbekistan in terms of supply of greenhouse tomatoes to Russia by the end of 2021. Suppliers from Turkmenistan will have a competitive advantage in the cost of energy, although given record high prices for greenhouse vegetables, the cost of their production is becoming less important. This means that if Turkmenistan has sufficient volumes, it will be able to diversify the export of greenhouse tomatoes, supplying them not only to Russia, but also to other countries of the region.”

Turkmenistan’s tomato exports to Russia have quadrupled in just two years, according to EastFruit, bypassing China, Armenia, Kazakhstan, Iran and Egypt on its way to a 10% market share.