Company news
The French apple production collective Blue Whale® took advantage of International Apple Day to promote its Candine® variety in the Paz Market in Madrid and the central market in Valencia.
Thu 03/11/2022 by Blue Whale 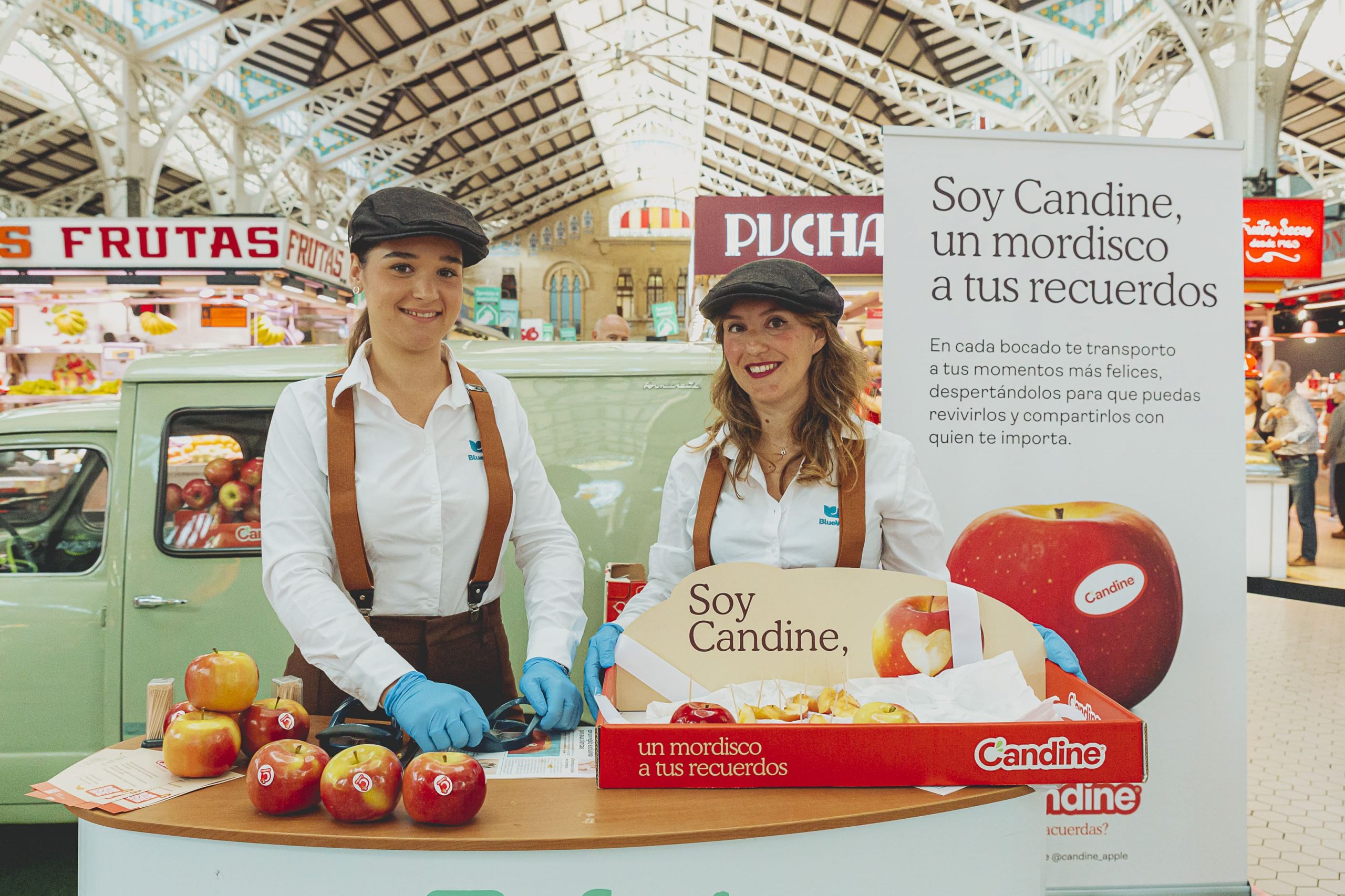 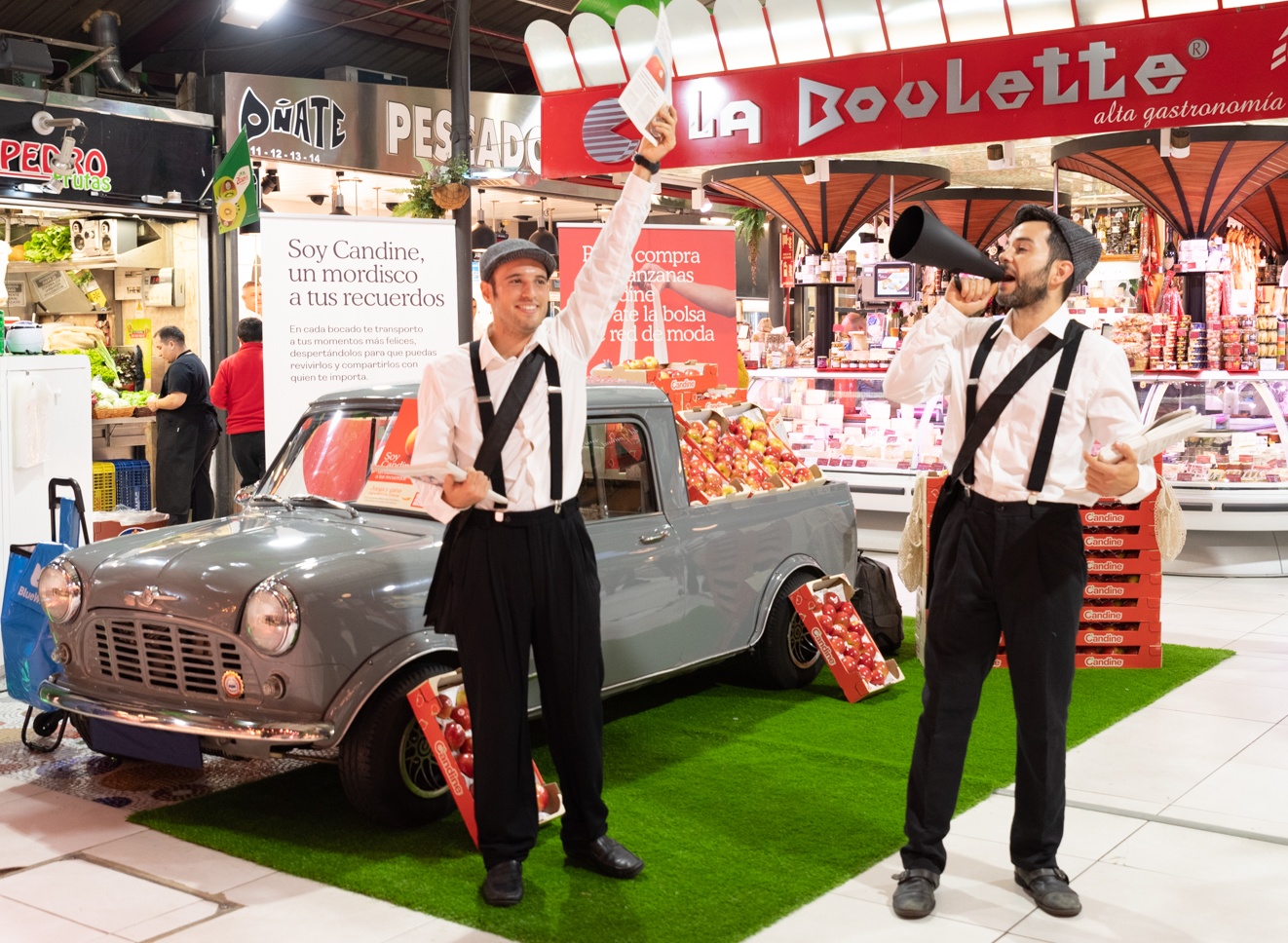 On 21 and 22 October, the original neo-retro advertising actions sought to attract a younger market by evoking pleasurable sensations and moments associated with eating.

“We realized that the apple market needed updating, as it’s a very traditional segment and has to compete with other fruits,” said Christelle Bertin, the Marketing and Communications Director at Blue Whale®.

“Candine® is a particularly sweet apple with subtle notes of tropical fruits; it has the potential to attract a new consumer segment. Thanks to its quality of flavour and the investments we intend to make, we are confident it will become very much in demand with Spanish consumers in the coming months, which was also the case with our Fuji brand,” notes Bertin.

These promotional actions in municipal markets will be complemented over the coming weeks with actions in wholesale markets across the whole of Spain. Based on the same neo-retro theme, promotors will be providing tasting samples of Candine® and distributing decoration kits to fruit stalls. This will  help to showcase the promotion, which will offer both consumers and fruit stall operators the chance to win some exciting experiences by playing a digital game.

As a complement to the point-of-sale actions, the brand is also rolling out a social media campaign. Leading on from the campaign slogan, influencers and foodies will be coming up with recipes and talking about what kind of sensations the sweet taste of Candine® arouse in them.

The goal of these promotional actions is to raise awareness about this variety, whose image has recently been updated to target a younger and more urban market segment. Candine® is being positioned as a fresh, fun and modern brand that seeks to win over regular consumers of healthy snacks with its traditional sweetness.

During the launch, the French company is working in close collaboration with the entire value chain, including fruit wholesalers and retailers. The inclusion of brand ambassadors in Madrid, Barcelona and Valencia, along with the launch of a WhatsApp channel to communicate directly with Spanish retail professionals, are some of the initiatives that Blue Whale® is implementing in this respect.

“For us, one of the key aspects is getting close to both our consumers and the professionals who work directly with our apples. We are a team, and success is built by us all. As our slogan says, at Blue Whale® ‘we grow well’, and this also relates to growing our relationships with people,” asserts Bertin.