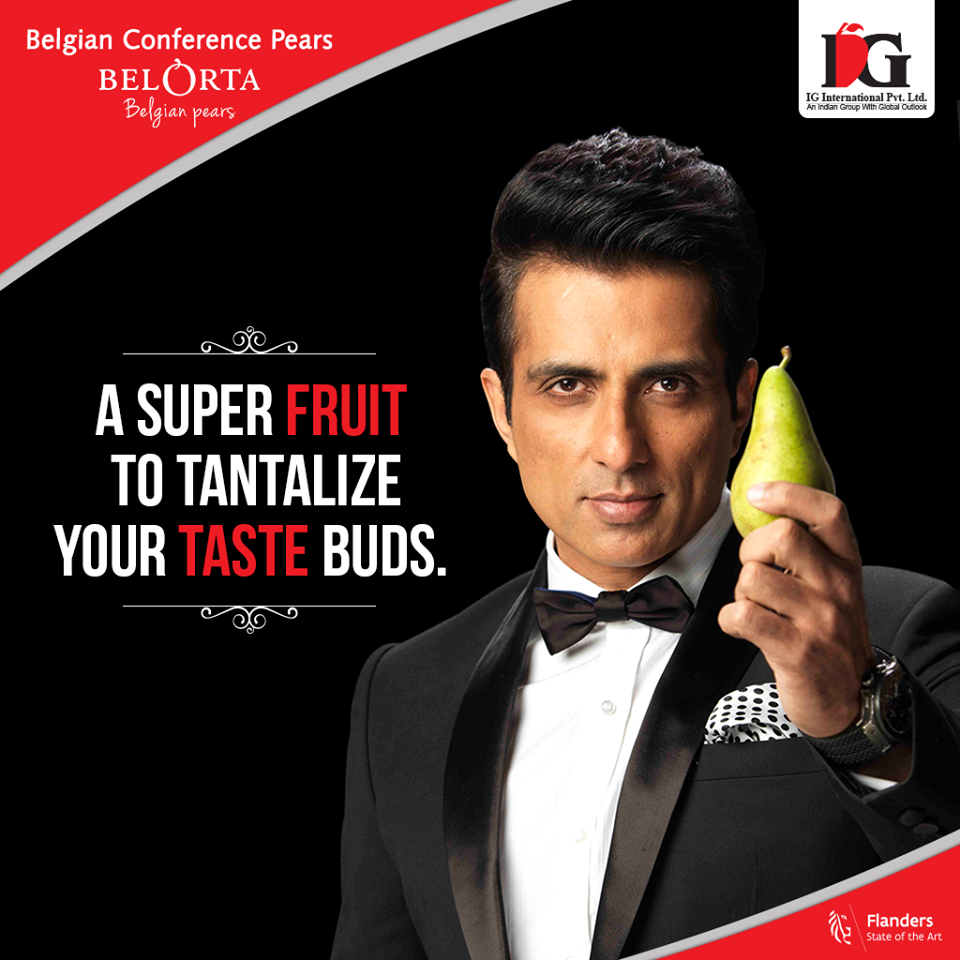 Since a few months Indian fruit lovers can find a new pear from Belgium in their fruit & vegetables stores. The last three months BelOrta has made promotion on an unprecedented scale for the Belgian Conference pear in Mumbai, Delhi and Bangalore in collaboration with Bollywood actor Sonu Sood. The Belgian Conference pear from BelOrta is currently available in leading stores across the country, ready to be tasted.

Launching a new unknown product in a new market involves a lot of efforts and patience. BelOrta, Minister Schauvliege, VLAM, SALK, the Department of Agriculture and Fisheries and Flanders Investment & Trade have therefore joined forces for the launch of the Conference pear in India. This pear has a strange ‘rusty’ look for the Indian consumer and its very own specific shape. The many positive qualities of the Conference pear should therefore be communicated in a promotion campaign.

Bollywood star on board

In early November, the Belgian Conference pear has been presented at a press conference in Mumbai in the presence of one hundred and fifty journalists. The popular Bollywood actor Sonu Sood has been selected as an ambassador to introduce this unknown pear. Together with Celebrity Chef Ranveer Brar, Sonu Sood represents the Belgian Conference pear at events, social media and on TV.

Recent months, the Conference pear has been promoted along the road, at bus stops, in cars, in cinemas, wholesale markets and schools. In addition, a cross-media plan has been rolled out through social media, on TV, on radio and in a large family park. Indian consumers can try the Conference through tastings in various stores in Mumbai, Delhi and Bangalore during two months. The pear is available separately but also in a small punnet containing the image of the Indian superstar Sonu Sood. Now it’s wait and see if the Indian consumers like the taste of the Conference pear.

Since three years India has become an important destination for Belgian apples. Out of nowhere, this country has become one of Belgians top 5 of major exporting countries for this product. Thanks to additional funding from Minister Schauvliege, BelOrta can promote the Belgian apples in India in 2017 too.