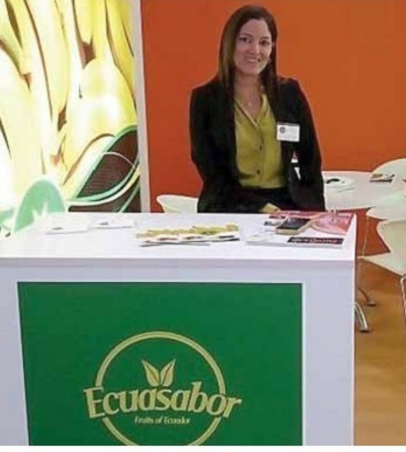 “We are always looking for new destinations, and what we would really like is to reactivate relations in Europe, where we hope the situation will improve when the agreement with this continent comes into force in 2016,” says the manager from Ecuadorian company Ecuasabor.

Likewise, all Ecuadorian banana exporters hope that the relation with the old continent is about to improve.

After a four-year break in negotiations, in July 2014 Ecuador agreed to join the trade agreement signed by Colombia and Peru with the EU in 2012, but which does not come into force until late 2016 or early 2017. Under this agreement, crates of Ecuadorian and Colombian bananas will be paying the same tariffs by 2020.

Located in the Los Ríos area of Ecuador, Ecuasabor has roughly 2000 hectares of produce, 800 its own and the rest from other producers committed to the company, and with a weekly production capacity of 100,000 boxes of Cavendish variety bananas, totalling 1900 tons of fruit for export weekly.

“One of our fruit’s properties is that it can withstand long journeys, which is why we are focusing on sending it to markets in the Middle and Far East. However, we are waiting for relations with Europe to stabilise to resume our trade links there,” explains Katherine Ubilla, the company’s sales director.

This feature allows them to export banana to countries such as Russia, China, Japan and Saudi Arabia, among others, following the strictest quality standards.

With the mission of becoming the number one option among fruit suppliers worldwide, the company concentrates on providing a professional service, aiming at all times to communicate with the end consumer and provide them with the highest quality fruit.

In line with current trends, the company also markets baby and red bananas, and plans to produce both varieties with organic and fair trade certificates.