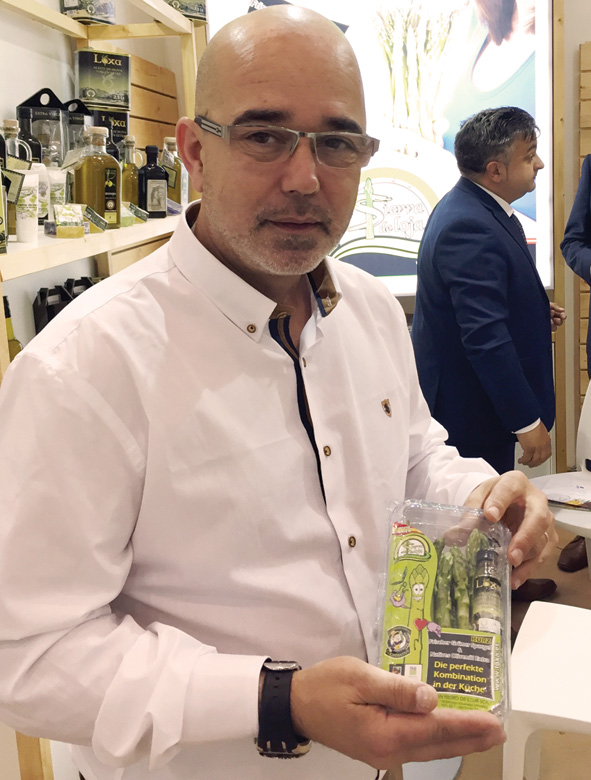 The cooperative was founded in 1958 to unite the efforts of its members to trade the produce they harvested, so that the farms in the region would become the economic driving force for many families making a living from agriculture, while helping keep the present and future rural environment sustainable for new generations.

The main activity was olive oil production and on this basis and given the rising number of members, the co-op decided to accept asparagus as a product for handling and sale.

“we decided to make a convenience product for the end customer, consisting of a 200g box of short asparagus, accompanied by a small bottle of olive oil and ready to eat.

“It’s a product mainly designed for supermarkets, which the end customer can purchase for 3 euros. The good thing about this asparagus is that nothing goes to waste.”

Asparagus sales are growing and represent a very important turnover for the company, which 5 years ago was producing 500 tons and last year grew 2,000, doubling its production year upon year.

Volume growth is accompanied by an increase in the number of hectares devoted to this crop.

While Germany, a traditional asparagus consumer, is the main market, Rodriguez Mir said consumption is rising throughout Europe: in the Netherlands, in Scandinavian countries, Central Europe, and now Poland.