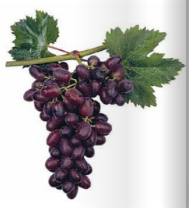 An early harvest, larger volumes and the return of seedless varieties: these seem to be the characteristics of the 2016 grape season in Italy.

“The year 2016 for table grapes in Puglia,” according to Giacomo Suglia, president of the APEO (Puglia Fruit and Vegetable Exporters’ Association), “has come a few weeks early, as a result of the somewhat unusual weather conditions over the winter, namely higher-than-average temperatures for the season, although in the spring period there has been plenty of rain which has, in part, reduced the lead.

The spring rain has been good for the product in terms of both quality and quantity: in fact, higher quantities are predicted for 25/30, partly balanced out by the removal of older, less profitable systems.”

The first will be Black Magic, a variety of black grape already early for the first week of June.

“Then in the first week of July, we will move on to the Victoria variety, followed by Paglieri, Regina, and the two varieties we can offer to consumers from late August until December still fresh, meaning harvested, packaged and distributed: that would be Red Globe and Italia. From August to October we have the Pizzutella variety, from the northern part of the Bari region, and to a smaller extent the southern part as well. This variety has been very popular in recent years among consumers not only in Italy but in Switzerland and Germany as well. The Apirene grapes are also very good this year, in terms of both quality and quantity. Harvest and sale is forecast for 15/20 July, in significant volumes,” Suglia said.

Significant figures for a market still made up of peaks and troughs.

“To take an overview of the market there are several disappointing factors, including the geopolitical landscape, due to the several situations that began to arise in August 2014 with the Russian embargo, and continued with the partial closure of the Russian Federation to Turkey as well, leading to a concern that we in Europe will have to absorb significant quantities of Turkish product that used to go straight to Russia but which will now end up in Europe. This delicate issue has led to concern for other Italian and European products. So in this case politics is not conducive to sales of European products, while all producer countries continue to have high expectations for Europe, which is the third-biggest market in terms of consumer numbers with 550 million, behind China and India,” Suglia said.

A production focused on seedless grapes, close attention to foreign markets and new initiatives to consolidate the Italian market: these are the elements of Apofruit’s 2016 grape season.

“As a cooperative,” explains director general Ilenio Bastoni, “in the grape sector we have been focusing exclusively on seedless varieties for over ten years now, distributing varieties from the leading international breeders. This year the production estimate is for around 3500 tonnes, perhaps slightly more, with an established continuity in the offer of the various types of white, red and black grapes.”

This product is valued extremely highly in markets all over the world, as evidenced by the export data:

“25% of our production,” Bastoni continues, “is destined for export to overseas markets, particularly the Middle East, which has become a very interesting destination for several of our products. Our sales strategy in exports is particularly focused on the extent to which seedless grape varieties can withstand longer storage periods and their consequent suitability for transport over long distances. Another market we are keeping a tight grip on is Northern Europe, but we are not forgetting about the Italian market, where seedless grapes are still a niche product.”

And in order to secure its own position on the national market, Apofruit has released a major innovation: Bastoni concludes,

“We have recently introduced a new proposal offering a line of varieties with an aftertaste of Muscat, a characteristic that is particularly highly valued by Italian consumers. This is a promotional project with one eye on the Italian market and the other on overseas exports, where volumes are increasing. This year we conducted a kind of test to grow our product by incorporating it into the Chicche di Natura Solarelli range, our line of fruit-based products for on-the-go snacking.”