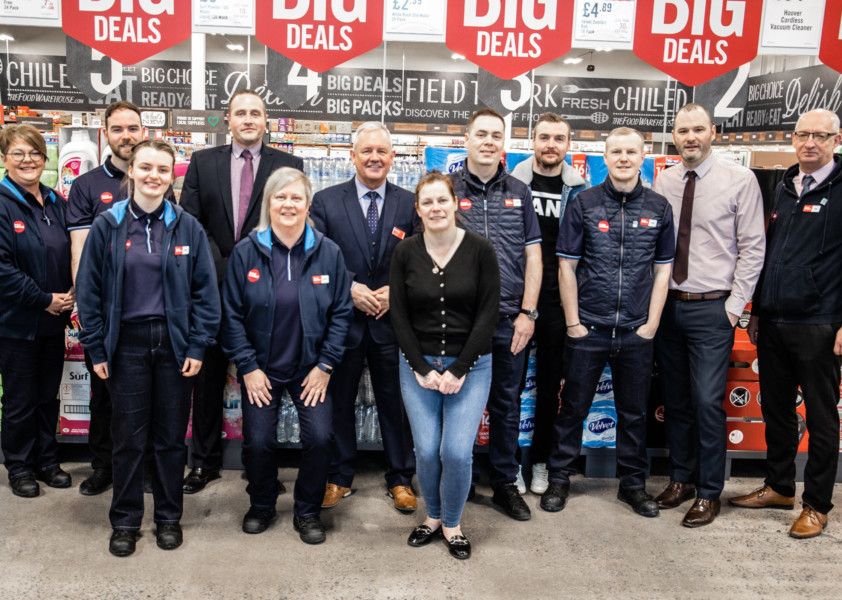 © La Dépêche
Ephemeral sales of strawberries in France, like here in Agen by the Rougeline company, with a drive for the customers to directly pay and collect their products without leaving their car

Ephemeral sales of strawberries in France, like here in Agen by the Rougeline company, with a drive for the customers to directly pay and collect their products without leaving their car

The Food Warehouse has entered Northern Ireland for the first time with the opening of a flagship in County Antrim that has created 30 new jobs.

It is also the 121st store opened in The Food Warehouse’s six-year history.

The Newtownabbey store will continue The Food Warehouse’s mission to offer shoppers a wholesale grocery store without the need for membership, in an open plan, easy-to-shop environment.

“Since the first door opened back in 2014, The Food Warehouse has grown from strength to strength, exceeding our expectation,” Iceland managing director Richard Walker said.

“Moving into Northern Ireland is a huge landmark for the business, as it continues to perform extremely well.

“We’re proud to work with local suppliers in Northern Ireland across our fresh, frozen and grocery products.”

Fresh, frozen and ambient food deals are available across more than 3000 product lines in each Food Warehouse store, as well as “When it’s Gone, it’s Gone” deals and homeware items.

“It’s incredibly important to innovate and understand what their customers want, which is how The Food Warehouse came to be,” Walker said.

“As the future of the high street remains uncertain and more and more bricks-and-mortar stores lie empty, there’s a responsibility to the government, but also retailer, to rethink how they operate in the increasingly competitive grocery retail sector.”